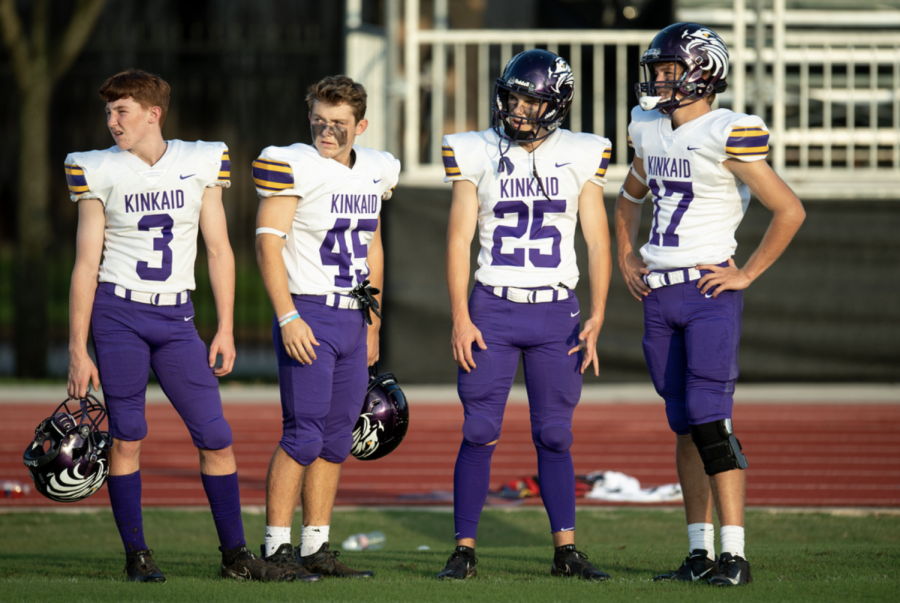 The varsity football team was victorious against the Episcopal Knights, winning 31-24, on Oct. 15.

The game was an exciting one. Both teams played with heart and the game was close until the end.

The Knights started off with a 13-8 lead, but the Falcons fought back.

Senior Cameron Henry, a Harvard football commit, ran for a touchdown after he bobbled the ball and caught it while falling. His biggest play was a kick return for a touchdown, which shifted the momentum of the game.

The Kinkaid defense stepped up, especially in the end.

Defensive backs like Miles Roeder,  Bell and Harrison Lawrence kept the Episcopal receivers from gaining yards on catches. Linemen  Will McMackin and Alex Lassoued put pressure on the Knights’ quarterback and stopped their running back from gaining yards.

Running back Grant Petersen had a clutch field goal at the end of the game to extend Kinkaid’s lead. The Knights made one final attempt at the end, but it was not enough to defeat the Falcons.

Friday’s win gives the Falcons a 6-2 record. The team’s next game is against Houston Christian at Segal Field on Oct. 22.