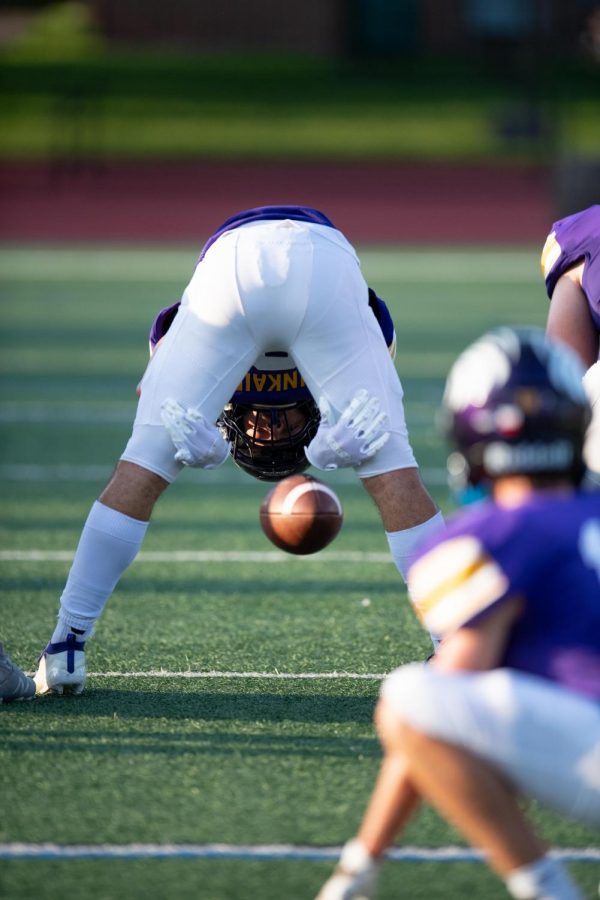 The snap that started it all

The Kinkaid student section, decked out in red, white and blue, did not stop being supportive of the players, cheering loudly after every yard gained.

Many players stepped up on the defensive side as well. Senior Kee Shaper made many tackles, keeping the Legacy running back in check. Defensive back Miles Roeder shut down the Legacy receivers.

Another bright spot in the game was sophomore kicker Grant Petersen. Petersen went eight for eight on extra-point kicks, but also started Kinkaid’s scoring by kicking a field goal for three points. Not only did he add points to Kinkaid’s score, but he also hindered the Titans from gaining yards on returns as he consistently kicked the ball over their heads for a touchback.

“I thought we played really well as a team with a lot of guys stepping up and making plays,” junior Aedan Hogan said. “I am excited for the rest of the season.”