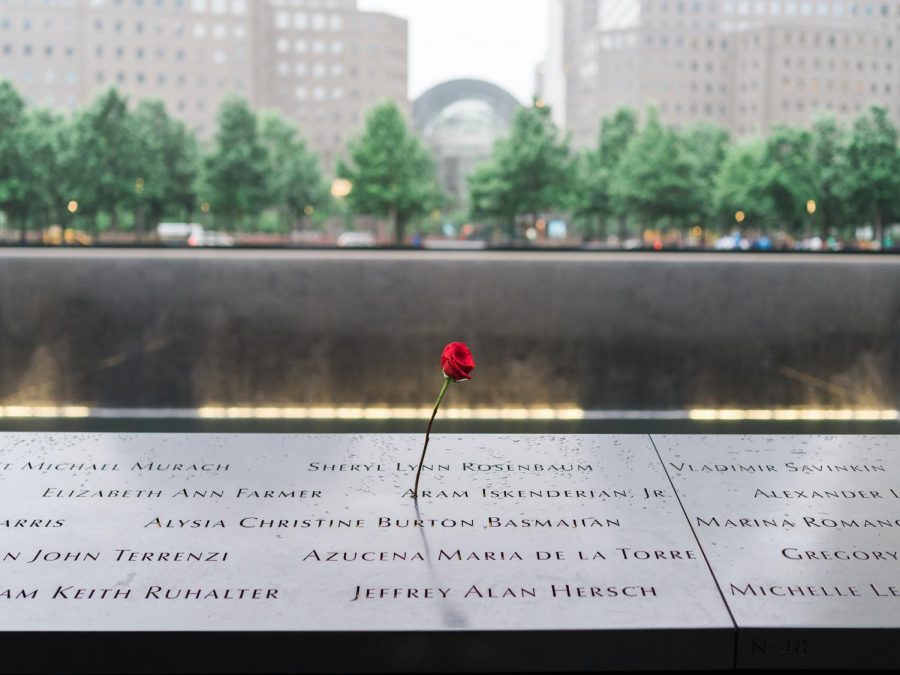 A red rose on a tomb next to the fallen Twin Towers.

While its immediate impacts destroyed the Twin Tower in New York City and part of the Pentagon, its effects reverberated around the nation. America watched in horror as the Twin Towers — once seemingly impenetrable — were reduced to rubble.

The effects of the attack reached the Kinkaid campus in a matter of minutes on that fateful day in September.

Mr. John Friday, Upper School and Middle School Latin teacher, was appointed head of the Middle School just two months prior to the 2001 attacks. What transpired on that tragic day was more than he could have ever pictured happening in his first two months on the job.

“I remember sitting in my office when a mom of a student came to the middle school office window and said ‘You may want to check this out. A plane has just hit the World Trade Center.’  Immediately, I tried to get information on the computer but nothing would load,” Mr. Friday recalled.

After watching the second tower get hit live in a nearby classroom that had a television, Mr. Friday was summoned by former headmaster Mr. Don North along with other division heads and important administrators that comprised the Emergency Response Team to discuss their next course of action.

“Mr. North wanted to keep everything as normal as possible. However, word spread quickly and kids found out what had occurred.,” Mr. Friday said. “ Many parents came to Kinkaid to pick up their children, and we were not going to say no. By lunchtime, half the kids in the Middle School were gone.”

In the Upper School, on the other hand, the entire ninth grade was on the freshman retreat when the attack took place.

“I was with half of the freshmen going to Enchanted Rock in Central Texas,” remembered Ms. Tamasine Ellis, Upper School history teacher. “When the first tower was hit, I was on a bus where I listened to the radio along with the bus driver for over two hours.”

The Freshman Retreat looked a little different 20 years ago and actually took place at Camp Champions near Fredericksburg, Texas. Additionally, cell phones were confiscated on the trip and even so, they had none of the same capabilities as our modern-day iPhones. Many of the students had no idea what was going on.

As it was their last day, the freshmen and faculty returned to Kinkaid.

“We were very safe in the middle of Central Texas,” Ms. Ellis said.

In the immediate aftermath of the attacks, there was complete shock all around our nation. That was no different at Kinkaid.

“Nothing like this had ever happened before. In the weeks after however, there was a great sense of national pride,”  Mr. Friday said. “Moments like George W. Bush’s speech at Ground Zero and his first pitch at Yankee Stadium during the 2001 World Series were incredible moments for our nation. We knew that we were not going to let this moment define us.”

May their memories be a blessing unto us all.