Jumping back into quiz bowl 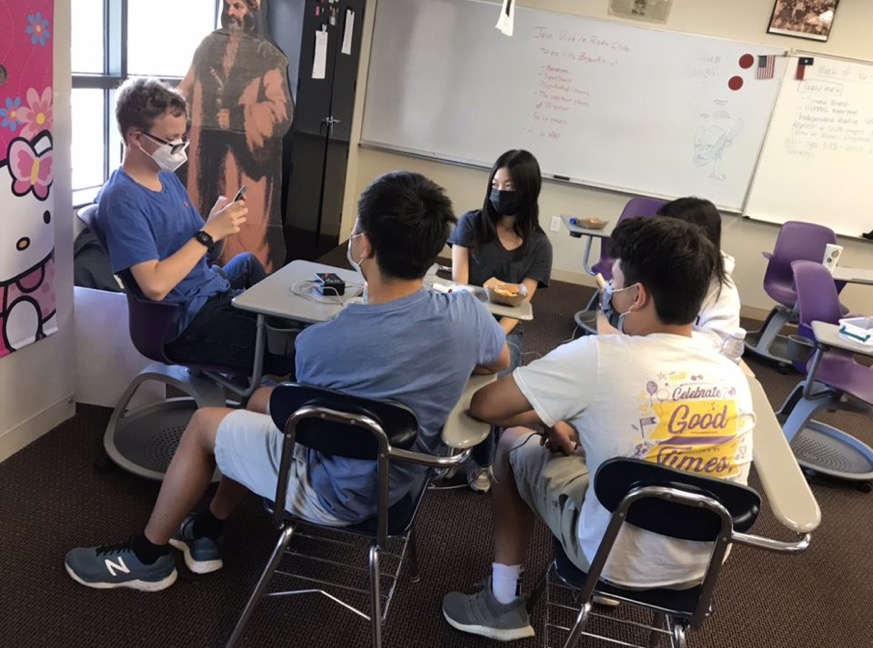 The quiz bowl team held an open tournament during lunch on Sep. 9.

For me this was a bit of a homecoming after the team soared to new heights, ranking 19th on the national stage, this past year.

See, back when I was in middle school, I was a bit of a Quiz Bowl champion.

With a record of two first- and two second-place finishes one year, my team members relaxed their attitude toward the game as we beat more practiced and disciplined teams from schools such as St. John’s and Annunciation Orthodox. We emerged as some of the best quiz bowlers around.

However, it had been quite some time since I had played.

I  attended a few meetings during my freshman year and even went to some tournaments for the sake of it, but I had not really put my hands back in the mud.

When I went to play in the school tournament and entered the classroom of Mr. Ted Curry, AP US history teacher, it felt like nothing had changed.

I was one of the first students there, but a crowd showed up soon enough, and the tournament began.

We were divided into two different rooms, with two teams competing in each. My team, the Salmons, however, was unique for a simple reason: I was the only person on it.

Pairing up against my opposing team, The Gamers, I prepared for my re-entry into this blood sport, readying for whatever questions came my way.

The Gamers put up a good fight, nearly scoring as many points as me, but my speed and exquisite knowledge got me over the line and helped me secure a victory.

For the final round, I competed against a team of two freshmen, both eager for victory and the bag of candy that came with it.

They performed admirably, staying head to head with me for the first few questions, but as soon as I heard the name William Westmoreland in the first few sentences of a question about Vietnam, I was on a roll.

I won the tournament and with it came giant bags of candy, which I gave mostly to my next class and the illustrious Aeronautics Club. But, the joy came neither from the candy nor the victory but from the experience itself.

Quiz Bowl has always been a great encapsulation of the school experience. Whether having expertise in history, math, geography or pop culture, there is room to succeed and thrive.

That is why I still play and why Quiz Bowl is a valuable part of the Kinkaid community.