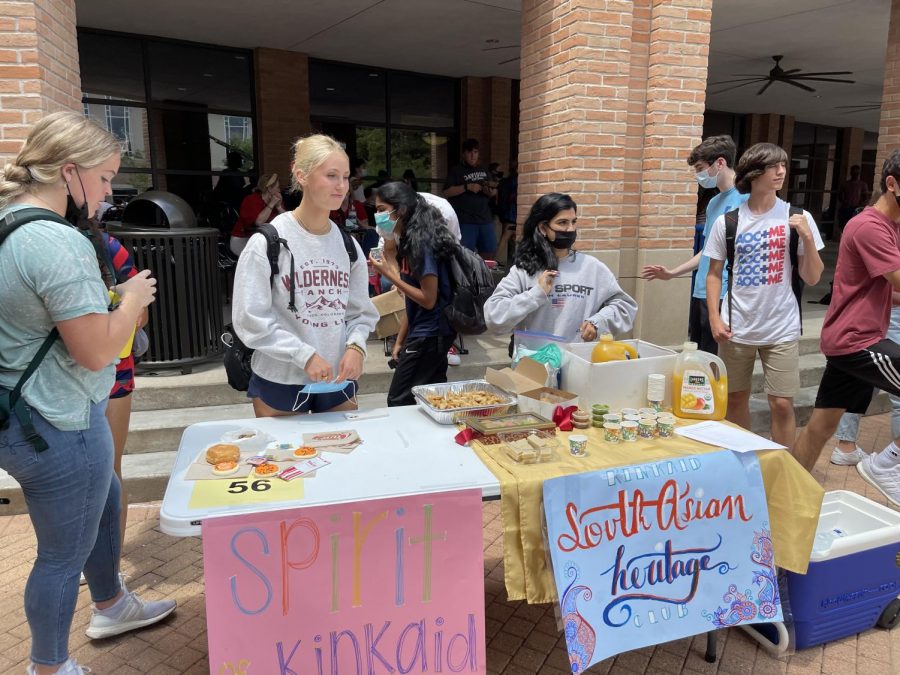 Spirit of Kinkaid and South Asian Heritage Club pose, ready for the fair.

The Quad underwent a makeover as tables, posters and doughnuts were laid out in anticipation of a Kinkaid tradition: club fair.

Marked by a whirlwind of activity and the serving of sweets, the fair was an opportunity for leaders to introduce their clubs and entice students to sign up.

This year’s club fair, held Aug. 25, served as a return to normalcy from last year’s online edition of the event.

“I thought it was better than last year’s virtual fair because you could talk with the club leaders and get a better feel than just at a Zoom meeting,” said sophomore Pierce Markowitz.

At the fair, each club was given space at a table and permission to decorate it with tri-fold posters, trinkets and even doughnuts.

“Planning for the club fair was pretty easy because we had a tri-fold and a sign from previous club fairs,” said sophomore Ella Gillentine. “At the club fair, I spent most of my time at the booth for Star Wars University, though I did walk around a couple of times and my friends tried to recruit me for World Update Club.”

“Club fair was quite fun; we hung out as a whole Upper School…,” said sophomore Wills Leighton. “If I had to say a club stood out, then I would say World School Debate Club. I would also say the Young Democrats Club because it had video games.”