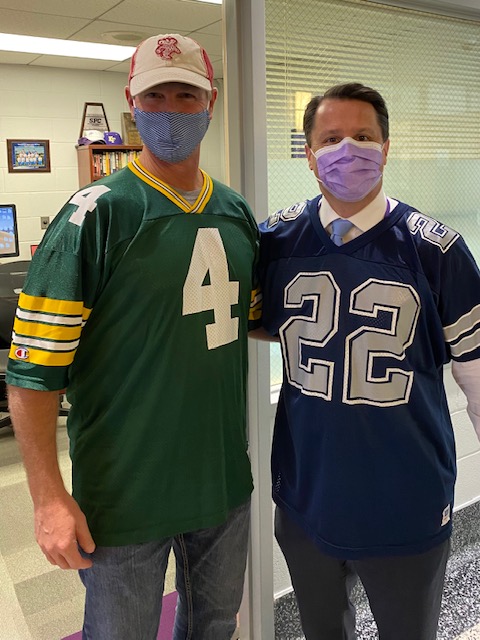 An idea from Mr. Jonathan Eades, head of school, was implemented this February: Passion Day.

The idea was to have a day where faculty and staff members were allowed to wear a T-shirt, top, sweatshirt, or hat that represents something that they are passionate about.

“The faculty and staff are some of the most passionate people I know, especially about their students, and I simply thought it could be a fun idea for people to literally wear their passions.” Mr. Eades said.

The idea originated when Mr. Eades introduced it at his former school, St. Mary’s Hall, as a way to boost morale and spirit. Passion Day is useful to remind participants what they are passionate about and maybe even help them drive harder toward their future goals.

The day was originally set for May 1, but with stress from COVID, Mr. Eades figured that it would be refreshing to move it earlier.

Passion Day this year was only for faculty and staff, but Mr. Eades said he hopes it will become an annual day that students may be able to participate in as well.

“I love the idea about having the entire school, including students, participate,” he said .

Many faculty members, such as Dr. Patrick Durning and Mr. Jorge Buitrago, also wore sports jerseys. One different example was Dr. Richard Parr, who wore a Disney shirt because of his love for Disney and Disney World.

“The objectives were to celebrate what we’re passionate about beyond Kinkaid, to learn something about our colleagues, and to spark some fun dialogue and connections,”  Mr. Eades said.