Alum golfs at US Open 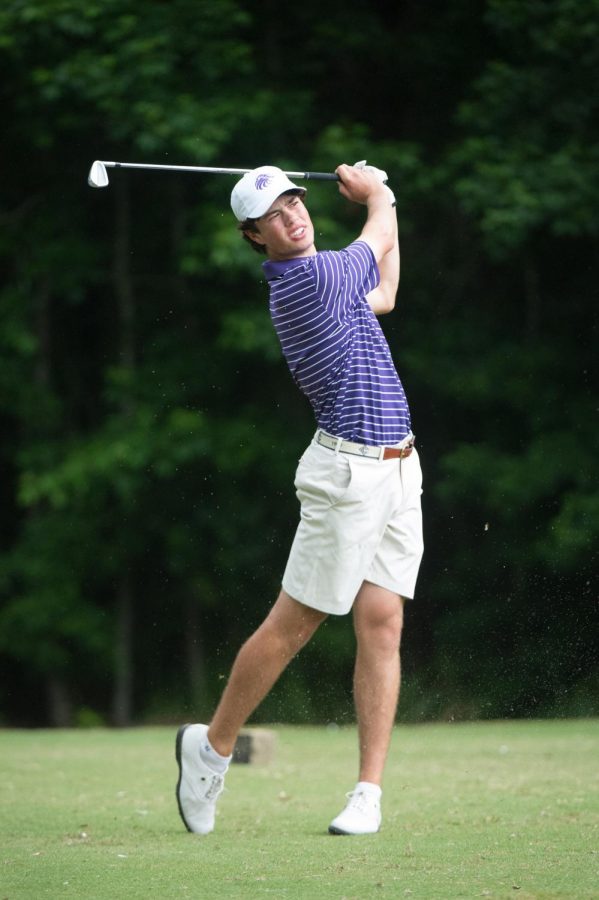 Pictured above is Hammer '18 playing in the SPC tournament. Over two years later, the Kinkaid alum played on one of the biggest stages in the world, the U.S. Open.

Kinkaid alum Cole Hammer has always been a star.

Walking through the halls at Kinkaid, peers and faculty who crossed paths with him often believed he’d make it big one day. But they didn’t know that day would come so soon.

Hammer, who graduated from Kinkaid in 2018 and is currently a golfer at the University of Texas, made his second appearance at a U.S. Open this year at the Winged Foot Golf Course in Mamaroneck, NY.

In his tournament debut, Hammer ended up shooting a 77, seven over par, and finished T132 after the first day.  The next day, he shot a 74, four over par, and missed the cut.

Hammer qualified for the U.S. Open after winning the Mark McCormack Award for being named the No. 1 amateur golfer in the World Amateur Golf Rankings 2019.

He was a talented golfer in his younger days and shone in his days in a Kinkaid uniform, leading the men’s team to three SPC titles.

Hammer qualified for the U.S. Open after his freshman year at Kinkaid when he was just 15 years old, making him the third youngest player to compete at a US Open. Playing against the best players in the world, Hammer finished round one with 77 and round two with 84. In round one, he finished the course in three less strokes than the legendary Tiger Woods.

Hammer has also won the National Fourball Tournament and Western Amateur, and came close in the U.S. Amateur tournament. He also helped Team USA win the Walker Cup, as well as led the winning team at the Spirit Championship at Whispering Pines in Trinity, Texas.

Though the result in this tournament may not have been what Hammer was looking for, there is no doubt that the No. 1 amateur golfer in the world and former falcon has an incredibly bright future ahead of him.