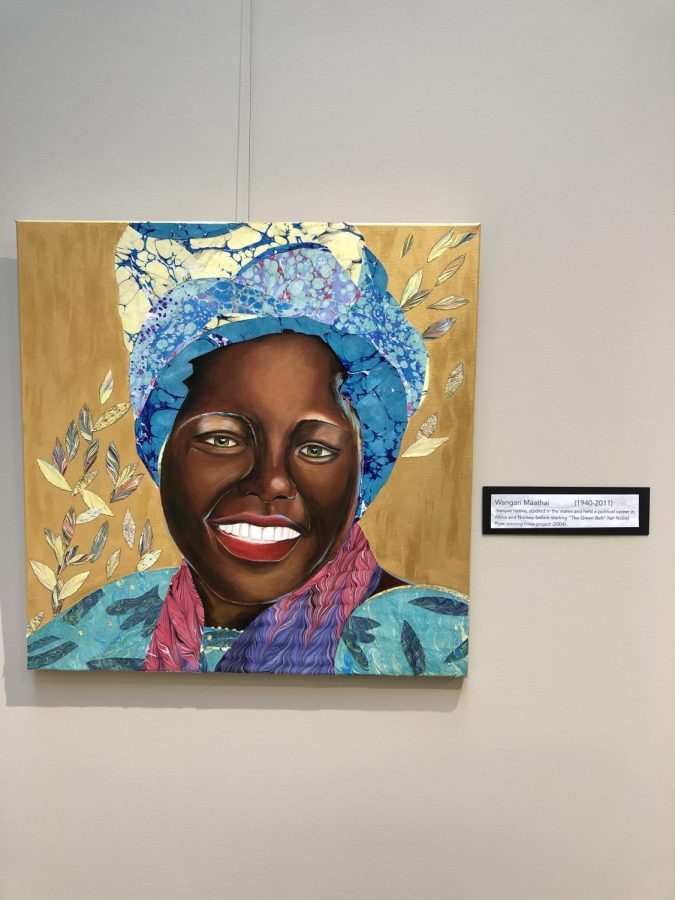 Vibrant hues and warm faces made of brilliant paints and glazes light up the downstairs hallway in the student life building. Curated by senior Priscilla Mach, “Appreciating African American Leaders: in Houston and Beyond” features historical African American figures from the Houston area. Being an artist herself, Mach knew she wanted to spend her interim at an art museum. Enthusiastically, Mach explained her day-to-day at HMAAC, which included writing artist contracts, setting up exhibits, and assisting tours of the museum. After developing a relationship with the team at HMAAC, Priscilla spoke with the archivist, who introduced some important African American figures from historical Houston.

“There were all of these stories and Houston figures that I had never heard of, and these people had done really important things”, said Mach. “I wanted to bring them in to light, which is what led to the creation of ‘Appreciating African American Leaders: in Houston and Beyond’”

Mach gained sources and information on the featured figures primarily from the Gregory school’s library, which has a vast collection of  African American resources. Each artist that participated created a piece of a figure they connected with the most. Mach said, “I really hope that more people do internships with HMAAC. I hope this opens a door for that because I think not only is it a good job experience but an important life experience as well.”