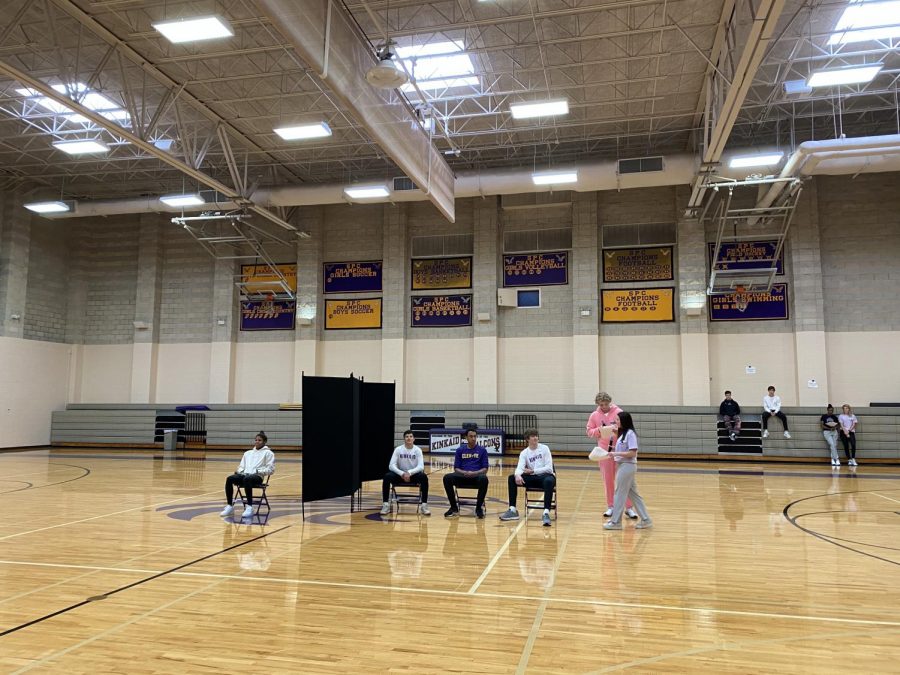 Kinkaid made history last Friday, Feb. 7 by hosting the first-ever winter pep rally. With Valentine’s theme, by all accounts, it was a great success so expect a repeat of this in the future.

Love was in the air when Nakeeya McCardell, a senior on the girl’s basketball team, played bachelorette with three members of the boy’s basketball team who attempted to win her over with their romantic gestures.

The swim team repeated this game but this time it was senior Michael Bell interviewing three girl swimmers. Sophomore Dylan Keller was given the rose in the end. “It was awesome! I was nervous at first, but once it started it was really fun participating, especially when I won my part.”

It was a festive way to celebrate our winter sports teams competing in SPC in Dallas this weekend, and remember talons Up and go falcons.