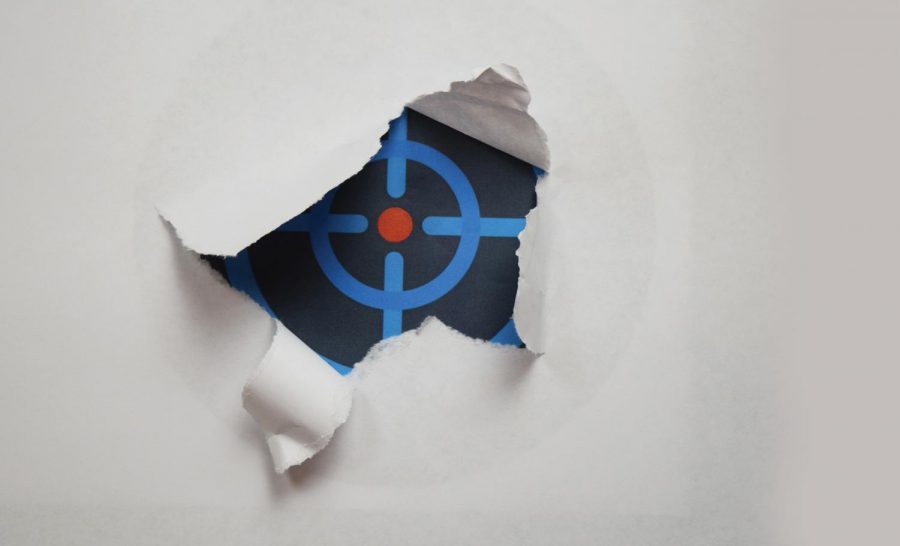 Apples on desks and No. 2 pencils have always been tell-tale signs of learning. But, the narrative around school is changing.

As students poured back into the halls this August, a plastic card dictated their every move. Forget your card, and you may find yourself getting locked out of buildings, knocking on the door for any passerby to let you in.

Kinkaid has upped its security measures: Falcon-card scanners at doors, a new keypad that allows users to contact the school office, family ID cards, badges for students, employees and volunteers.

In what typically can be a frightening and intimidating occurrence, police officers now stroll around campus as casually as any other member of the school’s community. And, doors are locked, shutting out unwanted visitors.

Falcon cards have been updated to be more than just a means to buy lunch and school supplies; the Falcon cards now allow students and faculty access to the school during select hours. All doors, with the exception of a few, are armed with Falcon-card scanners that unlock with the swipe of a card.

Visitors to all three divisions of the school are met with a doorbell system, which can be used to call the front office for clearance. Upon entrance, they will check in and secure a paper name tag.

According to Ed Jordan, director of facilities, and Ms. Julie Burris-Richardson, security manager, the changes came about after the security reviewed industry standards and updated the on-site security protocols accordingly. New measures could also be the result of an event that may produce a reason to evaluate current protocols.

With the goal of “safety and security of [the] community…and [ensuring] control of who is allowed access to our campus,” Kinkaid’s adjustments are made to secure the well-being of the students, faculty and staff, said campus security officials in an email.

Interim Head of School Dr. Ed Trusty said Kinkaid “does all it can to keep everyone safe and secure, and these changes are assisting us in accomplishing that goal.”

Each year, Kinkaid ensures a policy review and conducts training for policy, process and protocols. Additionally, there is a Kinkaid security team, contracted security team and off-duty officers throughout the school day and during events, Ms. Burris-Richardson noted.

Since the 2011-12 school year, Kinkaid has been conducting lockdown drills.

Doors are covered, lights are turned off and students are herded into dark corners inside classrooms. In bone-chilling silence, students are expected to hover in a corner for five minutes or so, simulating what would happen if there was an intruder inside the school. According to Ms. Julie Burris-Richardson, “a minimum of two lockdown drills” are conducted each school year.

Lower school head, Krista Babine, noted that “while the process [of lockdown drills] has not changed, the frequency [the school practices] has increased, and the amount of time teachers spend talking about the process has also increased.”

Although some students feel as if the drills invoke fear within the school, Dr. Trusty said he hopes trainings do not frighten students but rather provide an “awareness as to what effective responses might be in the event of such a terrible situation.”

In addition to the lockdown drills, some students see this year’s changes as unnecessary.

“The school already felt safe. I don’t feel like the new system makes the school any safer,” senior Isha Popat said. “The campus is so far away from the street and there’s always someone at the gate.”

The changes are meant to protect students and faculty from an outside threat, but what they really show is a sign of the times: Like airports and other government structures, schools have become riddled with security.

Across Houston, the protection around schools has become increasingly obvious.

With the birth of a new economic market of bullet-proof backpacks and bullet-resistant products, parents and administrations are finding new ways to protect themselves from potential trouble. The efforts to protect schools are not limited to school administrations.

In the wake of the Santa Fe school shooting in May 2018, Gov. Greg Abbott initiated  “A School and Firearm Safety Action Plan” to further improve safety precautions at schools. His 42-page plan outlines recommendations for bettering school safety such as increasing law enforcement presence at schools, hardening of school facilities, and providing mental health evaluations to all to prevent self-harm or harm of others. In an ongoing commitment to increasing school safety, Gov. Abbott claimed these proposals “are a starting point…not an ending place.”

The Texas Education Agency has since created a school safety resource website, providing information on training opportunities, links to additional helpful resources for local education agencies, and other beneficial resources. TEA works with school districts to allocate $62 million in federal funding toward implementing school safety improvements, subsequently resulting in a 325% increase in the number of school marshals, according to The Texas School Safety Update, a summary released by Gov. Abbott three months after publishing his safety action plan.

In 2018, the Texas Department of Public Safety launched the iWatchTexas website and app. The app is designed to allow students and faculty to report any suspicious activity “that may indicate criminal, terrorist, or school safety-related threats.” After being filed, each report is reviewed by analysts. Since its introduction, the app has had over 8,879 downloads, according to the summary.

Following the new safety provisions proposed by Gov. Abbott, the militarization of schools has been willingly embraced by communities.

Just last year, a series of violent events sparked the national conversation around arming teachers. A March 2018 poll conducted by NPR estimates that 41% of Americans are in favor of arming school teachers.

The increased security at Kinkaid has invoked a sense of caution in some students.

“The changes have definitely called attention to the fact that something could happen at school” senior Charlie Reckling said.

According to Dr. Trusty, Kinkaid’s goal is not to cause concern.

He said the added security “is never to create fear but to ensure that we are as safe and secure as possible and that we are all educated and trained in the event that something was to occur.”

“We live in a world that can be dangerous and every space in it – sacred, private, public – can be the site of an atrocity,” Dr. Trusty said.