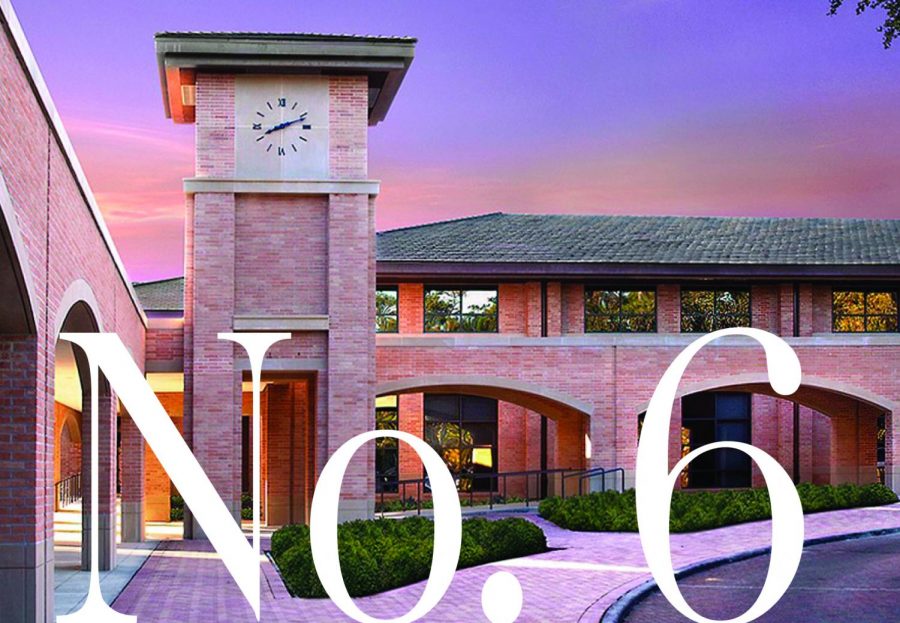 Ater two years of serving as interim headmaster, it is time for Dr. Ed Trusty to pass the torch to a new leader.

The Board of Trustees unanimously voted to appoint Mr. Jonathan Eades to be The Kinkaid School’s sixth head of school, beginning on July 1, 2020.

Senior Megan Maclay, who encountered Mr. Eades during his visit, felt ecstatic and hopeful about the future in his hands.

“He’s a very approachable person and values student feedback, so I think the school will positively grow and change because of him,” Maclay said.

Mr. Eades will be coming to The Kinkaid School from Saint Mary’s Hall in San Antonio.

“This is my 25th year working in schools, most of which have been in ISAS and SPC schools. While I relish working with faculty, staff, parents, Board, alumni, and grandparents, my greatest passion is working with students,” Mr. Eades wrote in a statement to The Falcon. “I pride myself on knowing the names of virtually every student at Saint Mary’s Hall, and making meaningful connections with students is why I’ve continued to teach a senior elective course on the Vietnam War and to serve as a freshman advisor.”

Prior to joining Saint Mary’s Hall, Mr. Eades was head of the Upper School at Wichita Collegiate School in Kansas, as well as a history teacher and coach at The Harley School in Rochester, New York.

A native Texan, he returned to Texas to take on the position of dean of students at Episcopal High School.

Mr. Eades will be leaving his position at Saint Mary’s Hall after working there for 13 years.

“He had a wealth of experience as a leader and head of school,” said Dr. Trusty, commenting on Mr. Eades’ new appointment. “The board has to think where the school is going and what are the priorities of the next head. They saw he has the qualifications and requirements for the school going forward. His familiarity and experience will be a benefit to Kinkaid and his school has hosted that previously.”

Mr. Eades will be joining The Kinkaid community alongside his wife Elizabeth Perrin Eades and their three children: Oliver, 14; Lilla, 13; and George, 9.

“Along with the dedicated individuals already serving the School, Kinkaid can count on my vision, collaboration and integrity in the important work of providing strong leadership. Elizabeth and I are eager to engage the entire Kinkaid community, starting this summer,” he wrote in a statement to the school community.

Although there is a general feeling of regret among students and faculty alike surrounding the loss of Dr. Trusty, most believe that Mr. Eades was the best-fit candidate to lead the school.

“Not only was he comfortable being informal with students and a natural speaker, but he also really struck me with his desire to ask us the important questions,” senior Priscilla Mach said. “I think the curious and more critical questions he asked really spoke to how interested he was in understanding our viewpoint and our real concerns.”

One of the key past experiences Eades has had with Kinkaid is St. Mary’s Hall’s previous involvement in SPC.

Excluding athletic activities, he led St. Mary’s Hall’s experience with ISAS and hosted the event a few years prior.

Given that Kinkaid is in a unique position to host ISAS in the spring of 2021, Eades’ past experience “will prove useful in the planning and execution of the event,” Dr. Trusty said.

Mr. Eades is succeeding    Dr. Andy Martire, who served  a five-year tenure as headmaster, which ended in June 2018.

“I can’t wait to begin to build relationships with and support the talented student body at Kinkaid.  I’m a graduate of Fort Worth Country Day, so I can’t tell you how excited I am to ‘switch teams’ and go from a CDS Falcon to a KINKAID Falcon!,” Mr. Eades wrote in the statement to The Falcon.

The board has expressed appreciation for Dr. Trusty.

“It goes without saying, that our entire community is where we are today because of the steady leadership and remarkable work of Dr. Trusty,” Mr. Ken Cowan, board chair, said in an emailed statement to The Falcon.

“We are eternally grateful for Dr. Trusty,” he said.