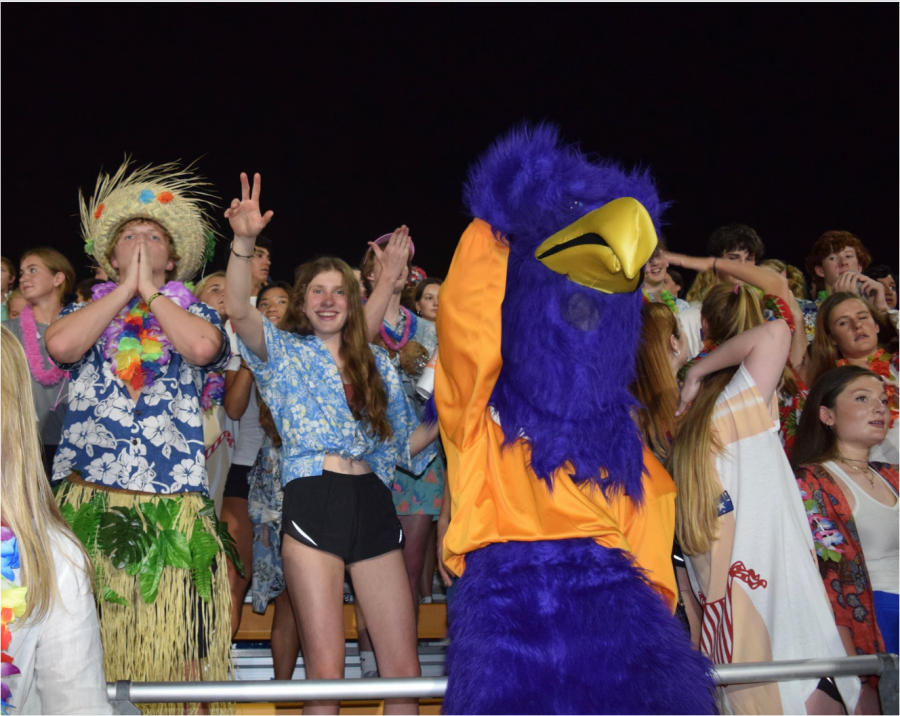 Members of the Kinkaid student section cheer on the Falcons during Friday's game.

The varsity football team set out for its third straight home game against St. Thomas high school last Friday. The team has started the season with an 0-2 record, but looked to rebound against its non-conference opponent before starting SPC play.

The special teams showed another strong performance, with kicker and kick returner Victor Garza (12) scoring in multiple ways. First he hit a field goal in the first half, then opened the second half by going coast to coast for a kick return touchdown.

The Falcons came close to overtaking St. Thomas, standing within one possession for the majority of the second half but ultimately suffered defeat.

Despite the loss, the two-time defending SPC champs look to be on an upward trend. SPC matchups start this Friday with St. Mark’s. Kinkaid has two consecutive away games vs St. Mark’s and Episcopal School of Dallas before returning to Barnhart Stadium for homecoming against Concordia Lutheran on Oct 4.

The team continues to recover from injuries, as senior defensive standouts Chris Stallings, Michael Duncan, Freddy Reckling and Reed Butler are progressing to return to the field.

As the Falcons go in to SPC play, they seek to benefit from experiencing games against stout competition such as Nolan Catholic.