Makeshift engineers in the Student Center

Kinkaid seniors create a new net after the old one breaks 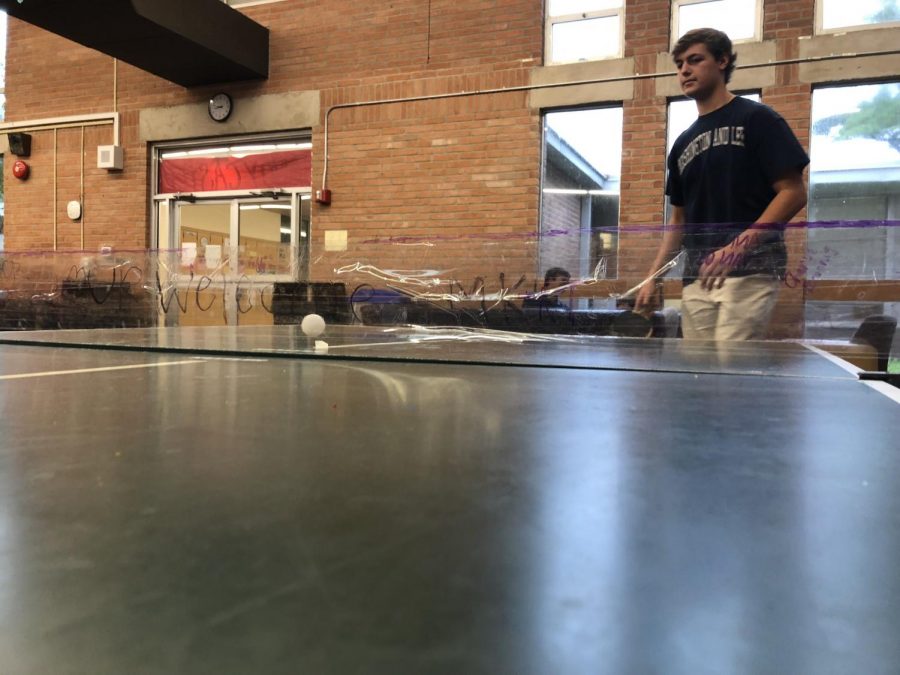 It’s lunch on Tuesday, Sept. 17 and the Student Center is crowded as usual. Seniors crowd around the dark green ping pong table, watching an intense match between No. 1 ranked Corbin Kinder and unranked Wyatt Bailey.

As seniors returned early from G period, they came in for a surprise. Instead of another stacked match, the ping pong table had no net. As the shock set in, some tried to fix the broken net, using tape to attach the old green net to its poles in the table.

Others, like seniors, MK Rice, and Katie Taylor, became makeshift engineers and used the materials around them to create a net out of clear duct tape and the existing poles stuck in the table. They wrapped the tape around the table, adjusting it to reach the regulation size and when finished with their engineering project, wrote the words “UR WELCOME” on the net.

Seniors have taken to signing the clear net with a purple Sharpie, and even Dr. Scott, an English teacher whose room is just around the corner of the Student Center, has signed it.

After the new net was established, seniors went straight back to playing, and despite complaints about the rigidity of the new net, it overall has great opinions from the upperclassmen.