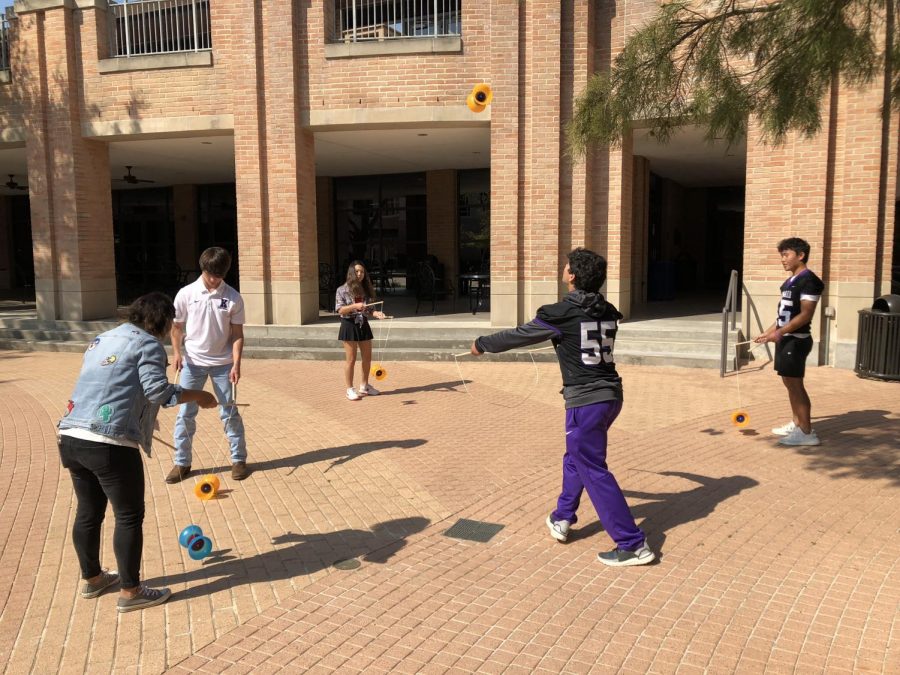 Four students along with their teacher took a trip outside to practice using colorful Chinese yo-yos.

The yo-yos, which are called diabolos, are a part of a traditional Chinese pastime, said Paula Lin, Mandarin teacher.

“Since this is a Chinese class, I thought they should experience the culture as well,” Lin said.

The diabolo spins and balances on a string suspended between two sticks, according to yoyoplay.com. People who are playing with the diabolo can throw it into the air and catch it on the string, and perform other tricks.

“Oh, I caught it!” said junior Jon Jafarnia, who is a student in Lin’s class.

Football players Jafarnia and junior Elliot Ly tried time after time to catch the diabolo. They were joined by two other classmates.

“They just learned it today. They did pretty good,” Lin said.