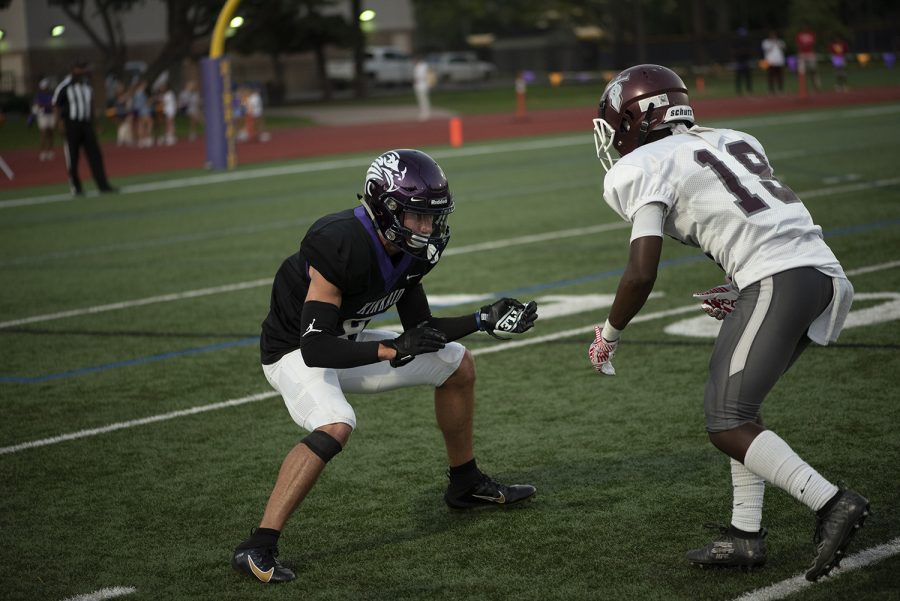 Kinkaid girls’ cross-country, boys’ volleyball, and football teams each played this past weekend throughout the Houston area.

At Willow Waterhole, a wet and hilly course in southwest Houston, girls’ cross country placed 7th at the Bellaire Invitational. Competing against significantly larger public high schools, seniors such as Camila Vicens stepped up and placed in the top 10. The team has two meets this upcoming weekend.

Boys’ volleyball, playing in the Gold Bracket at the Houston Cup, split their four matches, winning both their Friday matches before losing their two Saturday matches. Their close loss to Casady followed by a loss in straight sets to Greenhill can be attributed to Alex Skidmore and several other seniors who were out Saturday.

“We were playing well for the first half, but by the end, we weren’t really in it,” said senior Jonathan Frumovitz.

At Segal Field on Friday night, the football team lost to Legacy Science and Sports 34-20. The team was down 21-6 at one point and climbed within one possession at the end of the third quarter. With a couple of penalties and a missed fourth-down opportunity, a Jackson Griggs’ interception late in the fourth quarter, moved Kinkaid down 34-13. Their loss moves them to 0-2 on the season as they prepare for the next game on Friday against St. Thomas.