Politics in the classroom 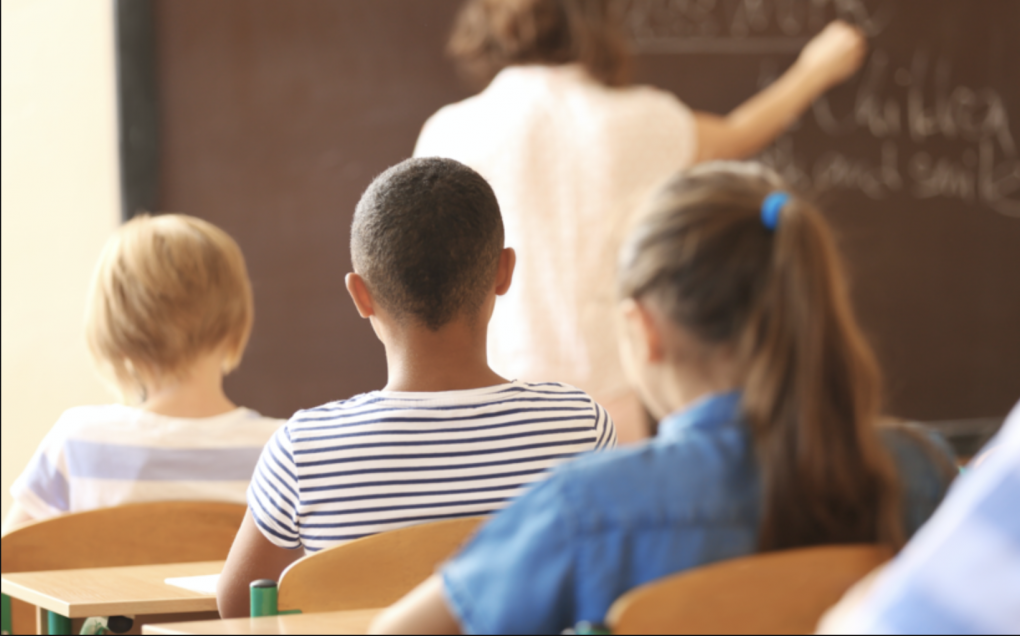 In a seemingly polarized nation, education can be a tool for young voters to develop moral codes.

By Emma Stout and Olivia Marrus.

We live in a completely polarized, partisan nation. Or at least that’s what the media tells us.

The notion that our nation is divided into two political parties, each housing different personalities and completely dissonant ideals, is often cementented in our schools, families and communities by the media.

This frequently leads us to the current and pressing question: Should politics be allowed in schools?

Ms. Casey Fleming, Upper School English teacher and adviser for Young Liberals Club, has answers. She said it’s tricky presenting literature to teenagers, as the role of literary authors is “to step outside and look in and pay attention to what’s happening in the world, then name it and reveal it.”

This can be dangerous, of course, when people don’t want certain things said. It’s easier to get mad at a teacher than to be angry with a book, especially when people think what a teacher says conflicts with their morals or with what they’ve been told or led to believe. It’s a form of cognitive dissonance. People have dissonating ideals, so they subconsciously refuse to open their minds to the questions literature poses.

“Literature is meant to open minds and force questions. That’s the whole goal of writers really…to reflect society back on itself,” Ms. Fleming said. “[Teachers are] walking this tightrope of allowing students to have the beliefs they have and support the politicians they support while also working to educate the whole student in our core values when those things don’t align necessarily.”

Her role as an English teacher–and the role of all teachers–she said, is to provide a framework in which students can question and address the concepts that literature, math, history, science, provoke.

Ms. Beth Fayard, Upper School history teacher and adviser for the Young Republicans Club, offered her perspective in regard to the place of politics in her classroom.

“Our job as teachers is to teach you how to think, not tell you what to think, but how to think and formulate your ideas,” Ms. Fayard said.

However, Ms. Fayard expressed a different opinion on whether or not teachers should give their own political views in the classroom.

“I don’t think so,” she said. “The classroom is a place for learning and development, and I think that when students are worried about writing or speaking to appease their teachers, we are teaching them to cover up their real views. The one thing I really push in my classroom is for kids to back everything up. If a student can use evidence to prove their point, then they should state their point of view, regardless of what they think the teacher wants to hear.”

Preston Frede, Senior President of the Young Republicans Club, notes that politics in the classroom can be interesting and relevant when discussing historical events or ideas in the history and English classes. Frede, however, says that “young people can be easily influenced by others and when teachers only present their views and no others, then students only hear one side of an issue and start to hold beliefs without knowing why.”

“If issues are discussed, teachers should present unbiased information and allow students to decide a position for themselves. I support students debating when they are making a coherent and factually based argument, but I disagree with teachers taking a side, whether that be liberal or conservative,” said Frede.

Picture yourself, a high school student, or reflect on your time in teenage years. What are your concerns? Your upcoming math test? What’s on the menu for lunch? Will you get into college? In reality, these seem to speak little to the political issues discussed today–racism, gun control, abortion rights.

“What teenagers actually care about is not all that political, but what you guys think about the world is pretty similar. ‘I want to have good friendships. I want to feel safe. I want to feel like I’m helping make the world a better place.’ All of those things tend to be fairly universal,” Ms. Fleming said. “And the way that people express those politically is another thing. But I really don’t think that the vast majority of teenagers actually know what they think politically yet.”

As young people and young voters, finding unbiased information is almost impossible to come across. This is why we need young voters to read more and understand on what they’re basing their opinions.

“Everyone has a bias. It’s impossible to find completely neutral information anywhere — it’s human nature to have a bias. We all have opinions. However, in order to formulate opinions, you need to know both sides. So read both sides,” Ms. Fayard said.  “I think social media has conditioned people to just read the headlines and formulate their opinions from that. Each side is going to twist a story based on their opinions – it’s what they do. If you read both sides of a story, you can better find that middle ground and the truth in the situation. From there you can decide which side you agree with.”

Our role as citizens is to understand our moral values and use them to address larger issues. Whether in high school we’re questioning how we should budget our allowance or how we should email a teacher about a late assignment, we are developing our own moral code.

“Question to question what is the right thing? The kind thing? The respectful thing? The honest thing?” Ms. Fleming said.

Where you land politically should (hopefully) stem from your rudimentary core values and questions that you ask yourself on a daily basis. And that’s really the goal of education–to create competent, self-aware citizens who can make decisions for themselves. This is hard in our era.

“The breadth of thinking on various issues that exists in literature, in art, in history is important because then one is less capable of succumbing to empty rhetoric on either side… what teachers want are active citizens who are immune from complacency or nihilism,” Ms. Fleming said. “And [when] the empty rhetoric of today is really extreme partisanship, it runs the risk of making young people drop out entirely.”

Megha Neelapu, who headed voting registration in the Upper School as co-president of the Young Liberals Club, shares that idea.

“What’s more dangerous… is when people get their news off of social media, they don’t read the whole story. They just skim it or read the headline and what that leads to is that there’s no nuance in the political conversations we’re having and [people] just don’t know what [they’re] talking about,” Neelapu said.

Scrolling through Twitter, Snapchat, and other media platforms, we’re bombarded with a surplus of political facts–or so it seems. It simply feels as though we’re receiving intellectually sound, unbiased information because the headlines and first couple of paragraphs are supposed to supply us with a synopsis of what’s actually happening. However, political news these days is commonly used as a way to sway people toward voting for one party or person – it’s pathos, not logos.

In the midst of misinformation and confusing rhetoric, Frede and Neelapu seek to offer guidance to their fellow students.

“My goal as President of the Kinkaid Young Republicans Club is to foster an environment that allows for conservative students to voice their opinions…by having a club dedicated to discussing conservatism (and related ideas), that allows conservative students a time to speak freely and openly in a school with a liberal faculty and administration that is not always completely tolerant to these conservative beliefs and views,” said Frede.

Neelapu has varying ideals regarding the goals of her club.

“Our overall goal is to increase political activity and awareness in the school and to motivate people to get involved and to have their voices be heard. There is a huge disparity we see between the number of people who join Young Liberals Club versus Young Republicans Club. Liberals at the school tend to be less likely to get involved – and that needs to change,” Neelapu said.

In regard to expressing these opinions that leaders like Frede and Neelapu are promoting, faculty sponsors have their own ideas on how we should process and communicate our political speech.

“We’re in danger of normalizing speech that is outside the bounds of decency and certainly counter to our core values. Everyone has the right to opinions and speech, but not every opinion or speech act is equal or legitimate. Our job is to help students discern the difference,”  Ms. Fleming said.

“We all have the right to free speech, but unfortunately in this day people think they have the right to not be offended – at some point in your life you will be offended, that is fact. In my classroom, as long as you are presenting your opinions in a respectful manner with facts to back it up, I support what you say,” said Ms. Fayard.

Current seniors, juniors and some current sophomores will be casting their votes in the next presidential election. Some seniors are even participating in the upcoming midterms.

We are the next generation, the young people of America, and our votes matter. Should our opinions be decided in the classroom?

This issue is one we are still trying to navigate – and it is one that will most definitely play a role in the future of this country.