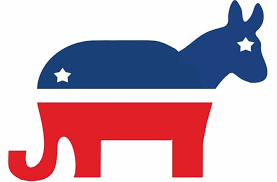 This might be a little too touchy for some, but hey, I graduate in a week, so why not go out with a bang? Look, believe me when I say I’m tired of writing about President Trump. I truly am. It’s draining. But not only is this about him, but those blindly following Trump and those in power who commit constant acts of indecency.

I can’t blame some of his supporters for initially riding the Make America Great Again train; if I were white and Republican and Trump posed no threat to my daily existence, I probably would have bought a ticket to the train as well, especially considering the inconsistencies of his opponent in the 2016 election. I understand wanting to support a candidate because of their specific views on gun rights or abortion and sticking to party lines; however, one’s party ties cannot make up for a lack of basic decency. The president still has hardcore supporters despite everything he’s done.

According to The New York Times, Trump once criticized his black accountant by saying,  “Black guys counting my money! I hate it . . . I think that the guy is lazy. And it’s probably not his fault, because laziness is a trait in blacks.”

Fast forward to this decade, after the Charlottesville riots, he called some of the white supremacists marching “very fine people” while labeling black football players who protested injustice by kneeling “sons of b*tches.”

In June of last year, he suggested that the 15,000 Haitians that immigrated to the U.S. “all have AIDS” and that Nigerians, after immigrating to America would “never go back to their huts.”

I could continue, but I have a word limit. Trump’s rhetoric and displays of racism, sexism and unprofessionsionalism should have alienated people a long time ago; however, his base is still solid, and even the unlikeliest are sticking by his side.

Two weeks ago, Kanye West went on a Twitter tirade, spouting his support for Donald Trump and posting pictures wearing a Make America Great Again hat. After the extreme backlash from Republicans and Democrats alike, Chance the Rapper, a mentee of Kanye West, Tweeted, “Black people have to be democrats,” inferring that many black people were angry about West’s Tweets because he wandered away from the “traditional” party for black people (8 percent of black people voted for Trump, according to BBC News). Some, even Trump himself, took Chance’s Tweet as a statement of support for his presidency, and Chance responded by saying, “I’d never support anyone who has made a career out of hatred, racism and discrimination.”

I’m sure Kanye West, like many of Trump’s supporters who are still proud MAGA members of the Trump train, are supporting all of his great qualities because they have the luxury of being ignorant. These supporters don’t and won’t experience the racism and extreme sexism because they live in an environment created by Trump’s comments, one that deems behavior and attitudes like the President’s acceptable. To accept only Trump’s supposed strengths, like his economic intelligence that so many love to mention, can only be done while also accepting the man that mocks disabled people and gropes women.  In light of the “Me Too” era, people have been forced to account for their wrongdoings, and we need to start with the leader of this country.

Contrary to what you may think, I have nothing against Republicans. Take our last Republican president, for example. I like George W. Bush. He’s a good guy: not racist, not sexist and instead seems genuinely concerned about the well-being of people whether or not they agree with all of his policies. President Bush never bragged about grabbing women, never referenced women as “pieces of ass,” and unlike Kanye, I actually think George Bush cares about black people and never blatantly displayed anything otherwise. Even a spokesperson for George W. Bush told the Wall Street Journal that he and Laura Bush did not vote for Donald Trump nor Hillary Clinton. Though clearly belonging to a party, Bush still chose to not support President Trump.

Many supporters of former President George W. Bush do not support Trump either. They, like Bush, know the difference between a kind leader and one that operates from his own narcissistic view of the world.

Yes, politics can be hostile but let’s not choose to allow unacceptable behavior from the people who are supposed to be leading our country. Whether it be a Democratic senator or Republican congressman accused of sexual assault or blatant racism, it’s up to us, the constituents, to hold these public servants to the same standards as Kinkaid holds its students, displaying kindness, respect, honesty and responsibility. Whether red or blue, donkey or elephant, choose to stand against hatred and indecency.