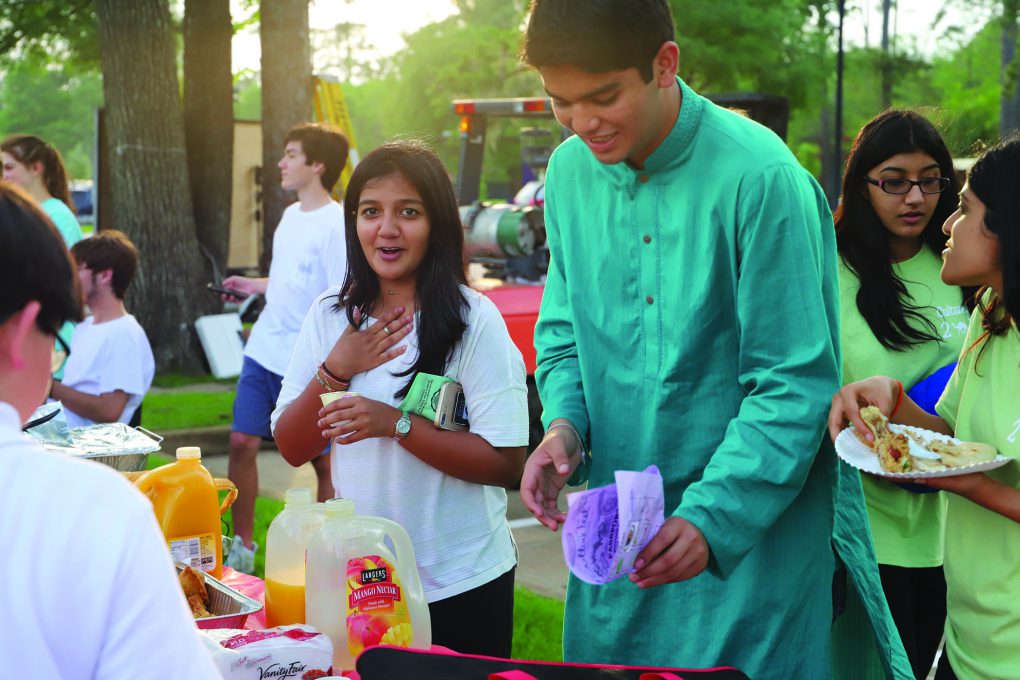 The Culture Fest Committee describes Culture Fest as “a plethora of different nations [that] offers an opportunity to experience their histories, ethnic foods, and even performances.” One night a year, the Harrison House Green is transformed. This year, the theme was the Silk Road—an ancient network of trade routes connecting the East and West.

Thirty seven booths, put together by student clubs and parents, represented countries along the silk road. Intending to transport their peers to the countries along the Silk, clubs replicated many aspects of their country’s culture, such as music and food. A team of nine teachers judge the booths based on three categories—booths, entertainment, and food—and present awards to the winners at the end of the night.

This year, the Vietnam booth won first place. The Young Liberals Club, led by President Jiya Ghei (12) and Vice President Minhhy Truong (12), worked to replicate Vietnamese culture. “Vietnam was chosen because Minhhy Truong is Vietnamese, so he already knew a huge portion of the culture,” said Ghei. At the booth, egg rolls and Mrs. Truong’s homemade sticky rice, among other traditional Vietnamese foods were served. An educational poster designed by the club featured cultural elements like the lunar New Year dragon, traditional Vietnamese clothing, like ao dai, an instrument called dan tranh, a “non la” (farming hat), and traditional Vietnamese music. “Winning first place was awesome, and the club was really happy about it!” said Ghei, on winning first place.

The China booth designed by the Chinese Club was awarded second place. The booth featured many different aspects of Chinese culture: an array of foods such as pork dumplings, homemade egg rolls, homemade sausage sticky rice and tea eggs; an arts and crafts table where members of the club taught Chinese calligraphy and origami; and two performances — a lion dance and a Chinese song.

The Culture Fest Committee, led by senior Christos Papandreou, spent many weeks working to bring the Silk Road to Kinkaid. Sophomores Sahar Punjwani and Shreya Mehta, along with junior Amy Ho were the booth chairs and organized all of the booths presented this year.