Kinkaid is recognized for artistic excellence 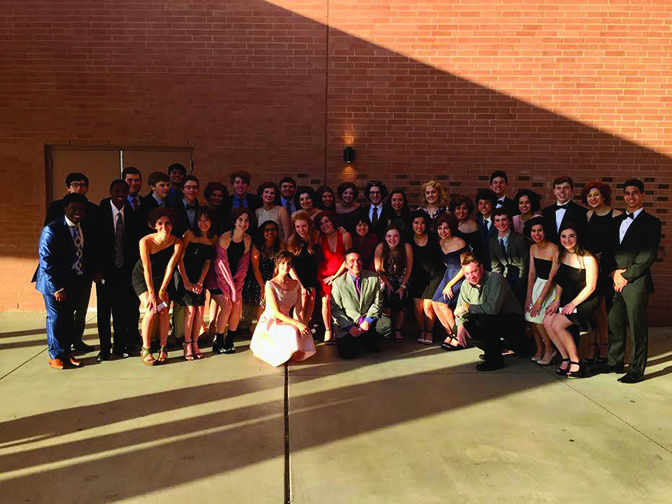 ‘Big Bang Theory’ star Jim Parsons announced the 2018 Tommy Tune Awards nominees via a video presentation. Kinkaid’s Crazy for You secured 11 out of 15 nominations.
This year was the 16th annual Tommy Tune Awards. The Tommy Tune Awards recognized and rewarded the excellence in high school musical theater created by students and educators in the greater Houston metropolitan area. More than 45 area schools participated in the program.
The Awards Program celebrated the educational value, artistry, and community of high school musical theatre all around Houston.
According to Tuts.com, Tommy Tune judges saw a production of each show and evaluated them on each element. The judges didn’t compare one school to another, but rather challenged the schools to create the best possible work they could within their distinct circumstances.
“We are thrilled with the recognition that Theatre Under the Stars and the Tommy Tune Awards has bestowed upon this production,” said Mr. Scott Lambert, Director of Visual and Performing Arts. “While all the nominations are thrilling, we are particularly excited by two of them: Best Technical Execution and Best Ensemble. Both of these awards recognize the collaborative nature of what makes theater great. How great to be recognized for those!”
On Tuesday, April 17,  Kinkaid’s Crazy for You cast traveled to the Hobby Center for the Performing Arts to attend the Tommy Tune Awards. After spending the entire day rehearsing and performing the show, the cast attended the awards ceremony. The team won Best Costume design and tied with Friendswood High School’s The Hunchback of Notre Dame for Best Choreography. Seniors Sara Burpeau, Ashton Lambert, and Mia Munn were recognized with scholarships for their academic and artistic excellence. 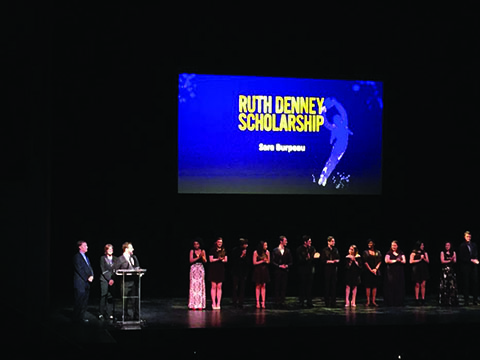