A student-led movement is changing how Americans address gun violence 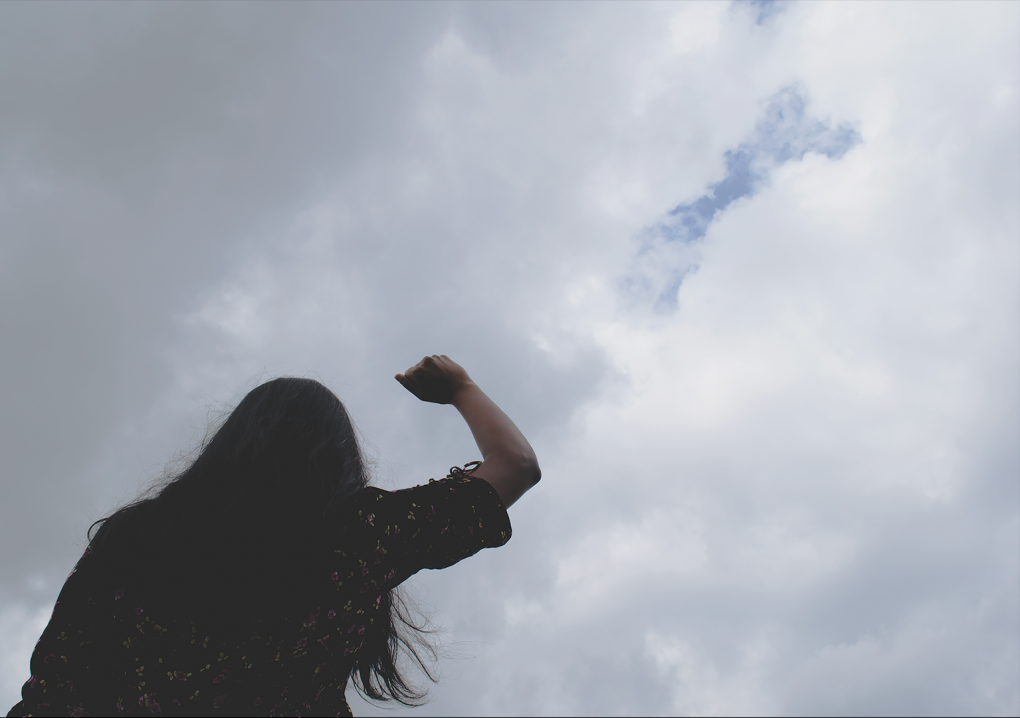 Young people have a history of being abused and killed.

But young people also speak out and fight against the forces that claim the lives of their peers.

They protested their deaths at the hands of the Vietnam War in the 1960s. Young men and women have protested deaths of young black men at the hands of police with the Black Lives Matter movement since 2013. And now, in 2018, another young generation protests deaths of classmates, concert-goers, church members, and the American population at large at the hands of mass shooters.

The March For Our Lives in Washington D.C. that hosted 200,000 people was supported by sister marches around the world including in Houston, where 15,000 protesters attended the march downtown at Tranquility Park, and hundreds more marched in other Houston locations.

The march has become a movement with subsequent protests and calls to action. The movement is not calling for extreme measures, but rather for common-sense gun legislation, said Camila Vicens (10), who organized a student group at Kinkaid to attend the protest in Houston.

“There’s a lot more to it,” Vicens said. “Something that’s not talked about often is the domestic abuse laws in relation to guns, the boyfriend loophole (a loophole in domestic abuse laws that allow abusive partners who have not been married to, had a child with, or lived with their significant others to own guns). When I marched, I marched for things like the banning of bump stocks, raising the minimum age to own a gun, and consolidation of background checks.”

“I give so much credit to the Parkland students for not backing down and standing up for what they believe in,” Dr. Hardie said. “I wanted to do something to support them and to show our government that common sense gun legislation is something that a large number of people in our country believe is necessary.”

Children as young as fifth grader Desmond Floyd gained internet fame when after the Parkland shooting, he posted on Facebook how he would die for his classmates. “If it came to a point where a shooter came down my hallway, I want to be the one who took the bullet,” he said in the video. “I want to be the one who saved my friends’ lives. Even though I am 10 years old, I feel like I have lived the life I deserve.”

The protesters in Houston marched to Sen. Ted Cruz’s office, chanting, “What do we want? Gun control. When do we want it? Now.”

Vicens explained the goal of the march: “Obviously we can’t vote—that’s the main argument against us. People say, ‘Go back to school, study, and then when you can vote you can have a voice.’ But I don’t think it’s voting that gives us a voice. I think it’s us choosing to use our voice because everybody has one.”

Student survivors at Parkland like Emma Gonzalez and David Hogg have used their voice and become symbols of the movement, organizing protests, lobbying politicians, and leading hundreds of thousands of followers on social media.

My hope is that we, as a country, are finally fed up with school shootings and gun violence. If you guys—Kinkaid students, Parkland students, and students everywhere—continue speaking out, continue pushing for change, and vote as soon as you’re able to, maybe something will finally change.”

However, the student-led movement for gun control has faced backlash since gaining traction. The Parkland students have been attacked by trolls and accused of being crisis actors, which the Falcon covered in last month’s issue.

However, several public figures attacking the students have faced consequences. Mr. Leslie Gibson was a Republican candidate running for the Maine State House unopposed when he called Hogg a “moron” and a “baldfaced liar” and Gonzalez a “skinhead lesbian.” When Hogg called for someone to run against Mr. Gibson on Twitter, at least two candidates entered the race, one a Democrat and another a Republican. Furthermore, Mr. Gibson dropped out of the race after widespread condemnation on both sides of the aisle.

Fox News anchor Laura Ingraham mocked Hogg on Twitter, claiming that Hogg “whines” about being rejected from colleges. Again, Hogg took action using Twitter, calling for advertisers to boycott Ingraham’s show. More than 20 advertisers dropped her show, and Ingraham apologized and took a week-long hiatus. Hogg’s response to Ingraham has been met with a mixed response, some praising the boycott while others perceiving it as an attempt to silence opposing voices.

At Kinkaid, political conversations about the March for Our Lives have mostly been respectful, but Vicens says she has also faced petty retaliation.

“I’m not gonna sit here and say ‘take away everybody’s guns.’ I think that’s what a lot of people are labeling me as,” she said. “I got . . . backlash from going to the march because people think I’m some super leftist.”

Given this political climate, many are skeptical about change. “I’ve seen school shootings happen too many times,” Dr. Hardie said. “Even with significant public outcry, the most minor restrictions to gun ownership like mandatory waiting periods and universal background checks get thrown out by Congress. This time feels different, though. My hope is that we, as a country, are finally fed up with school shootings and gun violence. If you guys—Kinkaid students, Parkland students, and students everywhere—continue speaking out, continue pushing for change, and vote as soon as you’re able to, maybe something will finally change.”

Vicens is also optimistic about the current movement. “There has to be change, and I think we can achieve that,” she said.

While federal level policy has not yet changed, local and state governments have made moves to prevent gun violence. In an impassioned speech, Mayor Turner announced the creation of the new Mayor’s Commission to End Gun Violence, which will research and recommend local solutions for ending gun violence. “Students are not leaders for tomorrow, they are leading right now,” Mayor Turner said. “This is a defining moment for our city, our state, and our country.”

In Florida, one of the most gun-friendly states in the country, Gov. Rick Scott signed the Marjory Stoneman Douglas High School Public Safety Act into law, which includes provisions raising the minimum age from 18 to 21, creating a three-day waiting period and banning bump stocks.

On April 7, students organized dozens of “Town Halls For Our Lives” to encourage their representatives to answer questions about gun violence. The March For Our Lives branch in Houston held a town hall at Rice University, which featured prominent voices such as Ms. Laura Moser and Ms. Lizzie Pannill Fletcher, who are running for the Democratic nomination for the 7th Congressional District. While conservative politicians were invited as well, including Rep. Ted Poe of the 2nd Congressional District, Rep. John Culberson of 7th Congressional District, and Sen. Ted Cruz, none were present at the town hall.

The panel answered questions that students asked, including those about gun violence in minority communities, domestic violence, an assault weapons ban, and increasing bipartisanship.

Student-leaders of the Houston March For Our Lives, namely Paige Cromley and Marcel McClinton, are further empowering students by creating a non-profit called Students Rise, which is “driven to increase young people’s involvement in politics and activism,” as McClinton said at the town hall.

Follow-up events include a national school walkout on April 20, the anniversary of the Columbine shooting, with thousands of students across the country planning to participatie.

This movement is not going to die any time soon.