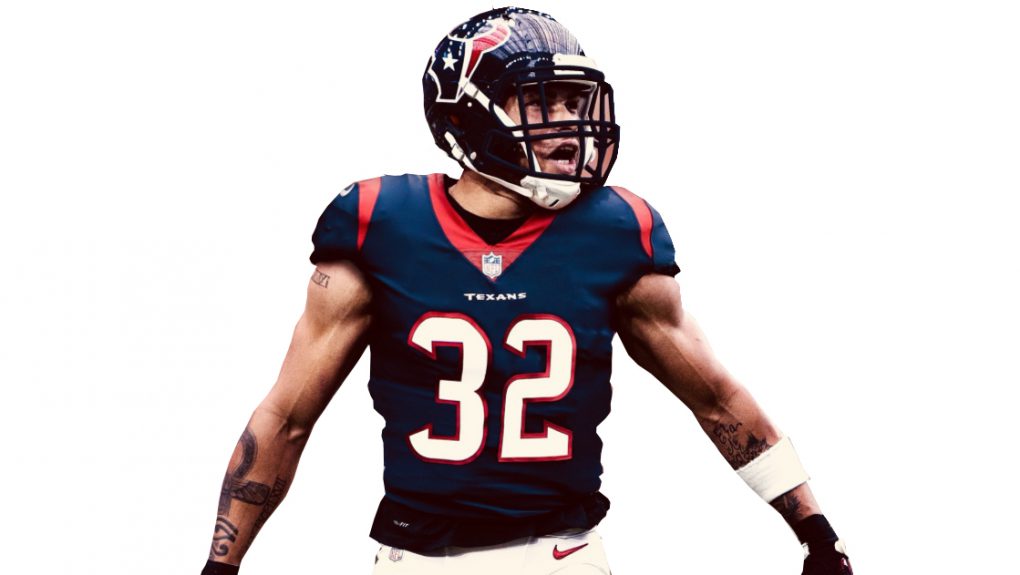 After a disastrous finish to the 2016-2017 season, new General Manager Brian Gaine and the Houston Texans snagged a few vyed-for free agents this offseason to help secure their position as one of the rising teams in the league.

Although the Bulls on Parade strengthened their defense by signing former Patroits CB Johnson Bademosi and former Jaguars CB Aaron Colvin, they most notably made waves within the NFL world by picking up dynamic Safety Tyrann Mathieu for a one year, seven million dollar contract. Pro-bowler Tyrann Mathieu or the “Honey Badger” hails from the Arizona Cardinals after deciding it was best to move on from the team; after a few texts from JJ Watt, Mathieu quickly confirmed the Texans as his desired destination.     Although the Cardinals offered him more money, Mathieu wanted “to come to a group where the guys were hungry.” He said on the Houston Texans website, “ I had other options on the table, obviously more money but I think ultimately, the Texans were the best decision for me.”

While at LSU, Mathieu  set an SEC record of 11 forced fumbles, and was a finalist for the Heisman Trophy in 2011. And despite being out for two full seasons, Mathieu has made a name for himself in a league where being 5’9’ does not prove kindly for a lot of players.

The signings of the two veteran CBs and a defensive star somewhat cures the team’s desperate need of a boost; they lost their 2018 first round pick in efforts to draft Deshaun Watson last year, so the team knew that the draft could not be their source for talent to alleviate their defensive woes.

Last year, the defense slipped from the best to one of the worst in the league, allowing 320 yards a game and ranking last in points per game allowed; granted, the injuries of JJ Watt and Whitney Mercilus crippled the pass rush, but losing AJ Bouye was detrimental  to the Texans’ already vulnerable secondary.

Protecting Deshaun Watson, the Texans’ budding star Quarterback, was another top priority for the team especially since G Xavier Su’a-Filo, a perennial starter, chose to head to the Tennesse Titans. The Texans then signed veteran OL Zach Fulton from the Chiefs to a multiyear deal for $7.5 million dollars a year. And also continued to bolster their offensive line with the signings of veterans Senio Kelemete and Seantrel Henderson.

While the Texans have signed several contracts, more work can be done to strengthen the team with three picks in the third round. If they are still on the table, Alabama’s CB Tony Brown and Oregona’s OT Tyrell Crosby could be valuable additions to fortify the team’s weak spots. Also, due to C.J. Fiedorowicz’s retirment after suffering three concussions in one season, Penn State’s 6’5 TE Mike Gescki is an attractive option to back up Stephen Anderson.

And even though the the team re-signed Brandon Weeden this offseason, it would serve them well to draft a QB who plays similarly to Watson’s style. Weeden, 36, has 31 touchdowns to 30 interceptions and isn’t exactly the most reliable backup if Watson’s knee problem lingers.

Overall, the team made substantial changes that will no doubt translate onto the field this fall when they look to rebound from last year’s tragic 4-12 year.