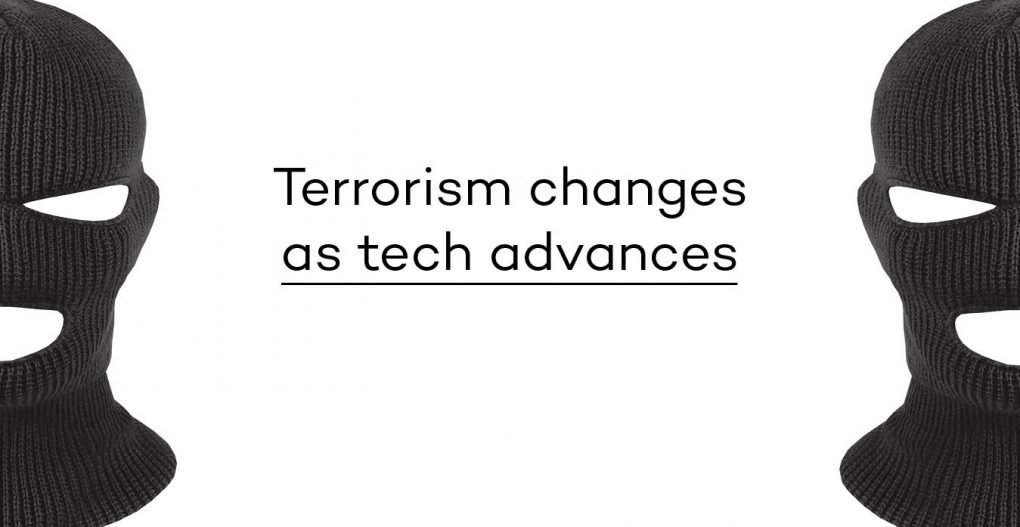 Sitting around the dinner table with your family, you turn on the news and immediately hear the booming reporter’s voice: there has been yet another terrorist attack. Fear runs through your veins. When will they come for your city? Your neighborhood? Your family? You live in fear of this concept of terrorism.

With the media allowing for the quick spread of information, it is important to remember terrorism is not a new phenomenon. Accounts of terrorism have been recorded throughout the last 2,000 years (dating back to Jewish Zealot attacks against Roman rule in 1st century CE), but global awareness was limited without a constant news cycle.

Terrorists use the internet to create effective propaganda and use satellite images to more accurately plan out attacks. Additionally, the internet allows for terrifying videos displaying executions to be distributed to a large audience with ease, frightening many. While terrorism accounts for only a small percentage of deaths worldwide, the fear of these attacks cause the media to buzz around them. But this is exactly terrorist’s goal. Terrorists rely on public fear to influence policymakers and force them to comply to their wishes.

Perhaps the biggest concern is not the violent propaganda put out by terrorist organizations, but the ability to reach out and communicate with potential recruits. The rise of social media allows all types of terrorists to recruit from anywhere in the world. The Islamic State (ISIS/ISIL) was one of the first organizations to take advantage of the internet to advertise their movement and recruit. That being said, most Americans recruited by ISIS are young: many 15 and 16-year-olds leave home to join the group. In the Minneapolis-St. Paul area, 13 people have traveled to Syria to join ISIS since 2013; however, because of FBI efforts to monitor passport and bank account activity, they have arrested  at least six people on accounts of terrorist activity.

Since violence is quickly and easily broadcasted, terrorists no longer need a large-scale attack to make headlines. People across the world see propaganda and a new form of terrorism arising: individual terrorism. Aspiring extremists from all over the world can see “calls to action” posted by terrorists that sometimes even instruct them on how to carry out attacks and take it upon themselves to fulfill this call. This makes it increasingly difficult for governments and anti-terrorist organizations to take action, because oftentimes these people have no other ties to the groups.

Although technology can be utilized by terrorists, it can also be used against them. Drones allow governments and anti-terrorism organizations to monitor the activity of extremist groups, and new algorithms help to interpret complex data. Companies such as Facebook and Twitter have begun to use artificial intelligence to shut down accounts and delete posts supporting terrorism and share databases of suspicious material, but the threat remains a considerable problem because of the vast amount of material uploaded. Additionally, big media companies have founded the Global Internet Forum where representatives from tech companies and governments meet to discuss counter-terrorism strategies, specifically regarding the digital use of terrorists.

Technology aids terrorists in expanding their movement to the international scale. In the coming years, as technology continues to advance, terrorism could follow, and governments will have to advance their techniques to counteract.