US musical “Crazy For You” takes center stage 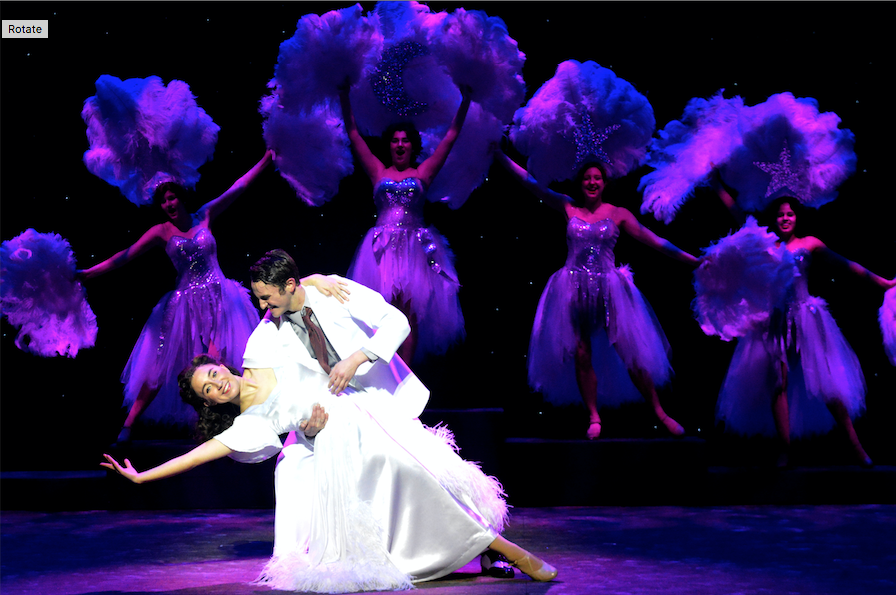 After months of exhausting practices and rehearsals, the Kinkaid theater cast and crew put on the musical “Crazy For You” last week.

The story centers around Bobby Child, played by Ashton Lambert (12), who travels from New York City to “Deadrock, NV” and falls head-over-heels for Polly Baker, played by Mia Munn (12). Lovestruck, Bobby does anything he can to win over Polly, including whipping up the town to put on a show and impersonating a Hungarian director. Showgirls and cowgirls “Crazy For You”, puts an old-school feel in a sweet romantic comedy with showgirls and cowboys dancing in tap shoes to Gershwin tunes. “It was a very traditional style musical,” said Celeste Santos (11), who was stage manager.

Lambert’s and Munn’s characters’ could not have been more different. Bobby is a carefree, aspiring performer, while Polly just goes about her daily life and helps out her father, Everett Baker, played by Cameron Rudin (11). Yet, Lambert and Munn give their characters a natural chemistry as Bobby coaxes the passionate side out of Polly. In perhaps the most heartfelt moment of the musical, “They Can’t Take That Away From Me” and “But Not For Me,” Lambert and Munn sing their way into audience’s hearts as they wistfully long for love.

While laughter emanates from the crowd at the antics of the two Bela Zanglers and the singing cowboys, the audience leaves the theater with a warm feeling after they watch two people fall in love. Cheyenne Dawley (11) said, “I was laughing hysterically the entire time. ‘Crazy for You’ was really, really well executed.”

Lambert realized this was his last performance in a Kinkaid musical. “Taking my last bow out there at the end of the show—I couldn’t keep it together; I was definitely crying,” Lambert said. “The cast was really a family and a community that was happy to work together, and it was an honor to be a part of it.”