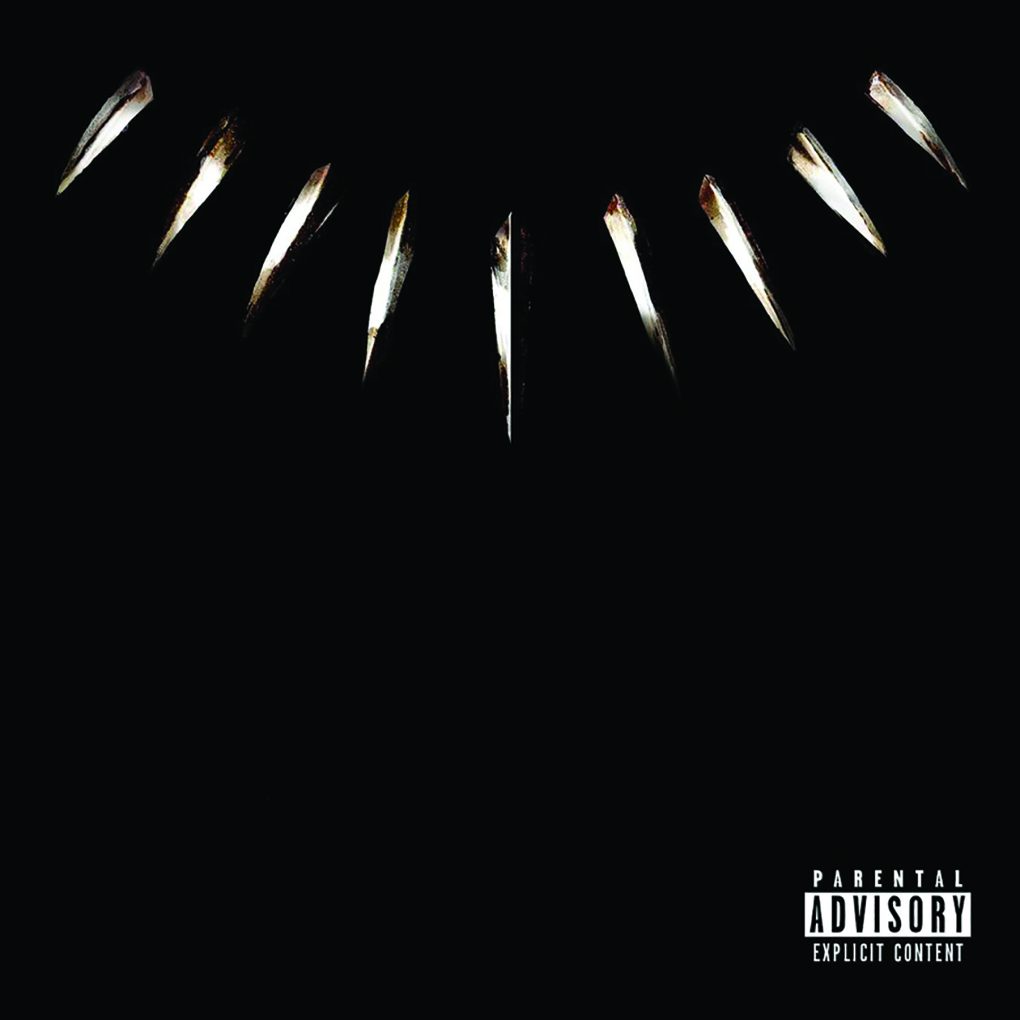 With 21 artists, 14 tracks, and one movie, “Black Panther: The Album” captures its listeners with some of the most daring and captivating sounds of 2018 so far. From some of the most polished vocals in music delivered by SZA and Jorja Smith to the harsh, confrontational tones of rappers including Lamar, SOB x RBE and ScHoolboy Q, and from the drum-centric beat of “X” and flute based beat of “Big Shot” to the synth heavy, 808 riddled sounds of “Pray for Me,” Lamar’s album covers wide ranges of sounds, mixed and matched to create something original and hypnotizing.

“Black Panther: The Album” is a hip-hop album, created and curated by Grammy winning rapper Kendrick Lamar and inspired by the Marvel film “Black Panther.” This film features one of the first nearly all black casts from a major studio (Disney’s Marvel, in this case). Since this film’s announcement, it has become a cultural phenomenon and has grossed north of $763 million worldwide.

The combination of “Black Panther” the film and “Black Panther: The Album” conveys numerous messages and covers multiple themes that expand much further beyond just the content touched upon in both works. Celebrating African Culture, its February release is no accident: February is Black History Month. Even more impactful are the film’s real world connections, especially scenes taking place in neighborhoods in Oakland, Calif. Another central theme in the film is societal duty, as the infinitely wealthy Wakandans (especially the antagonist, Killmonger) debate whether or not to share their resources with oppressed people of the world. Kendrick Lamar, who hails from Compton, Calif., reputably one of the most dangerous neighborhoods in the United States, often takes themes such as these into account when crafting his music.

Often considered a “conscious rapper,” Lamar does not just focus on money, sex, drugs, and power, but rather he shines light on and implements social issues including violence and inequality in his art. This musical attitude bleeds into “Black Panther: The Album.” The album perfectly balances the mix of social commentary, party music, swelling vocals and rapping perfection without relying too heavily on any aspect and overwhelming the listener with the oversaturation of a single type of sound.

As the credits roll at “Black Panther’s” end, the album’s larger-than-life track “All the Stars” captivates the audience with SZA’s smooth vocals and Kendrick Lamar’s contrastingly raspy message of triumph, reflecting the smooth outwardly appearance of Wakanda compared to its rocky political instability. A bouncing beat underlies Lamar’s humming, which looms over the song, cultivating a dream-like effect that sums up the entire movie as a whole. It embodies a fantasy such as Wakanda that is rooted in real world issues such as equality and societal duty. Additionally, the layered dream effect of the beat parallels Wakanda’s layers of appearances in that from the outside it seems like a third world country, but underneath it is a bustling, prosperous world.

As the movie is not made specifically for the album, “Black Panther: The Album” is not created specifically to be featured in the movie. The sounds of the album and the lyrics certainly reflect aspects of the plot and tone of “Black Panther,” but it also addresses other topics that don’t relate to the movie such as the neighborhood in which Lamar grew up and the political climate of the United States. This disconnect and independence of both bodies of work cultivate the film’s perfect balance of using songs from Lamar’s album without relying too heavily on it or experiencing the pressure of having to use every single song from “Black Panther: The Album.” Lamar walks this tightrope with expertise, creating an album that conveys the attitude and identity of the film while still maintaining an appeal that goes far beyond the movie and makes the album worth listening to long after its release.

Perhaps the hardest hitting track on the album is “Paramedic!” which includes Kendrick Lamar alongside northern California rap group SOB x RBE. Over a violent, choppy beat, Lamar and members of SOB x RBE settle on low octaves and harsh vocals to cultivate an aggressive tone. As the first lines of the track, “I am Killmonger,” (the film’s main antagonist who actively advocates violence) foreshadow, “Paramedic!’s” in-your-face bars depict images of brutality and bloodshed paired with confrontational dares that even threaten that a paramedic will need to be called by the end of the song. This song perfectly captures the equilibrium reached between movie focus and real-world applications on “Black Panther: The Album” in that its violent messages blur the lines between the events in the movie and the constant fighting taking place in reality.

Through Lamar and his featured artists’ implementation of a vast range of moods and feelings as well as messages and themes, they cultivate an album that explores the complexities of problems facing society today not only through the lens of Wakanda, but much beyond the expanse of the film as well.