Fortnite: A Way of Life 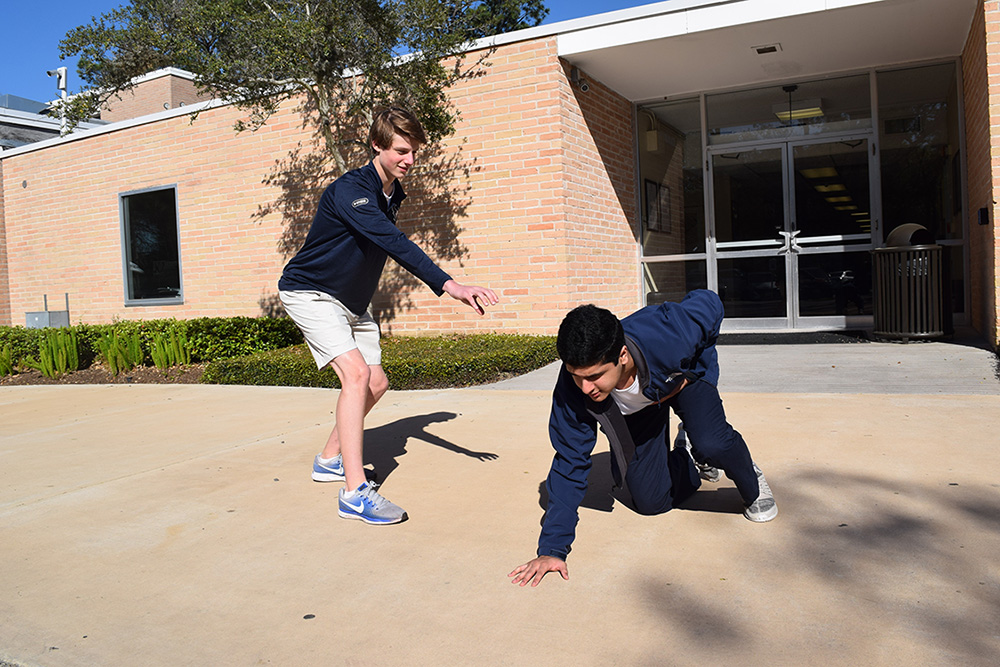 Three. Two. One. The count-down concludes, You and your three friends, now brothers in the face of battle, load up on the flying blue school bus with a hot air balloon attached to it (officially called the Battle Bus): the transport to the front lines, the harbinger of destruction and failure, a liminal stage in between safety and despair, a twilight zone of sorts.

As the bus pushes on an on, past Junk Junction, Pleasant Park, and right near Loot Lake, you place your marker on the ultimate battleground, the place that separates the boys from the men: Tilted Towers. Your battle-tested squadron then decides to jump, dive-bombing at speeds and from heights only possible in your dreams. After about nine seconds of skydiving, you deploy your glider and look around.

You are mesmerized. All around you, opposing squads fly in, from north, south, east, and west. But this is what you’ve trained for. This is what you have practiced for, day in and day out. You lock eyes with an attractive piece of rare, blue loot on top of a building. Gliding down, your virtual feet hit the concrete. The battle has begun and now, only two words crowd your conscience: Victory Royale.

Fortnite, the current video game phenomenon that has taken over social media recently, was released on July 25, 2017 by Epic Games. Available on the Xbox One, Playstation 4, and PC, the game has exploded due to the level of action-packed, intense, cooperative, and hugely satisfying moments. In one weekend alone, the game boasted 3.4 million players online. That’s roughly the size of Uruguay. Add to the fact that the game is free, and you’ve got yourself a smash hit.

The only object in Fortnite is to survive and ultimately win, in a game of 100 people in total, all playing together, at the same time, from around the world. In the “Battle Royale” game mode (the free game mode as opposed to the paid “Save the World” mode), either by yourself, in a duo, or with three other friends, you must find loot, including weapons, healing supplies, shields, and building materials, in order to protect yourself and also stay inside the safe zone of a deadly storm, which continuously shrinks as time goes on in the game. It’s simplicity and very short learning curve no doubt help grow the game.

For senior Max Mannetti, Fortnite has been in his life since mid-December of last year. Although he first discovered the game in November after watching his brother play, he only began to seriously dedicate himself to it during winter break. Out of solo, duo, and squad (up to four) modes available to play, Mannetti loves playing by himself: “Being able to win a solo game just proves you don’t need to be carried by any noob (a gaming term for a new, novice player).” He has played over 130 hours on the game and has 72 wins across all modes and accounts (more on that later).

With regards to Fortnite’s virality, Mannetti believes its success to be a product of the popularity of battle royale, Hunger Games style video games. The idea of having 100 people drop into an area and to battle in a “last man standing” situation is rewarding because, at least for Mannetti, it shows he “is better than these 99 people.” And to those who say the game is a fad, he believes Fortnite is here to stay for “one to two years” which is relatively long for a video game. The social media aspect of the game will definitely die down, but the community will survive, he said.

Mannetti claims “you can’t really understand [the hype of the game] unless you play the game for itself, and really understand the essence.” That essence of Fortnite, the sense of intensity and satisfaction of winning a match, is unforgettable.

Getting a Victory Royale, or winning the game, is a feeling like no other. According to Mannetti, when you get down to the top three, it really hits you.

“Dang, I can win this,” he thinks to himself. He gets nervous, and nds it more and more di cult to keep his cool, as the his palms begin to sweat from gripping the controller too tightly. Once it gets down to the one-on-one battle, “it all really escalates,” he said. His heart rate goes up 100 beats per minute, and when he elim- inates his nal opponent and sees the message “#1 Victory Royale” pop up on his screen, “there’s nothing else like it,” he whispered with a smile on his face while reminiscing on past victories.

Mannetti’s dedication was seriously tested though this week. After a long and tiring day of school, the gamer looked to unwind with a couple wins on Fortnite, and after a few seconds of booting up his Xbox, discovered his Xbox Live Account, Mannetti808, was banned due to “marketplace theft.” Immediately, Mannetti took to the Xbox website to file an appeal to the decision, creating what might be one of the biggest legal battles inside the Xbox community at Kinkaid, a ectionately titled Mannetti v. Xbox. While his ban is still ac- tive, Mannetti decided idleness and inactivity would not be his course of action: He made a trial account, FavoringStorm87, and has already begun to rack up wins. This small anecdote proves above all else nothing can stop Mannetti in his quest for virtual domination.

Fortnite, for most players, has become a way of life. The quality of a day is determined now by how much Fortnite
one was able to play. Success is measured in the number of Victory Royales one has. But above all, Fortnite has produced a sense of camaraderie and a small dose of nostalgia, making players remember the good old days of playing video games with your friends. And for that, if only that one aspect, we should respect and venerate this wonderful game.