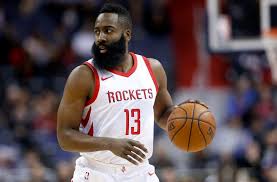 Charles Garrison- On a red hot win streak and impressively sitting in the coveted number one seed with the best record in the NBA, the Houston Rockets are performing better than any team in the league.

When Houston’s “big three” of Harden, Paul, and Capela are all healthy and on the court for the Rockets, they stand at an extraordinary 34-1, with their one loss coming to the New Orleans Pelicans. They currently lead the entire NBA in point differential, with an astounding +8.9 in the area. Although all of these numbers are outstanding, the most impressive may be that these Houston Rockets are currently the highest rated offensive basketball team of all time. In terms of offensive rating, an estimate of points produced per 100 possessions, no team in NBA history is executing at as high a level as this year’s Rockets.

While most of the headlines and jersey sales go to the big names on the Rockets like Harden, Paul, and Capela, the bench players are far from slouches. Last year’s NBA Sixth-Man of the Year Eric Gordon is one of the best bench players in the league, averaging 18.6 points per game, the third most on the team. Notably rounded out by Gerald Green, PJ Tucker, Luc Mbah a Moute, Joe Johnson, and Nené, the Houston Rockets bench is excelling at its role of being productive in scoring while giving the starters rest.

When it comes to the competition for playoff seeding in the Western Conference, the Rockets stand side by side with the Golden State Warriors, with Houston only half of a game ahead in the standings. However, outside of the Warriors, the gap between the Rockets and Warriors and the third seed is a 12 game difference. As a result, the Western Conference is shaping up as a two team race with 18 games remaining in the regular season.

This year’s Houston Rockets, when fully healthy, are playing like the best team in the entire league, and are entering the final stretch of the season on fire.

Ayush Krishnamoorti- After being runner up in the MVP race two of the past three years, James Harden is taking the NBA by storm, and is a frontrunner for the prestigious award this year.

The Harden trade with the Oklahoma City Thunder back in 2012 benefits the Rockets more and more each year. By simply trading Kevin Martin and several insignificant players, the Rockets received Sixth-Man of the Year, James Harden. Since then, Harden has put up numbers that rival other stars such as Steph Curry and LeBron James.

In 2014-15, Harden was the runner up to star Steph Curry, leader of the Warriors team, to whom the Rockets lost to en route to their championship run. Curry was not the clearest winner that year; he had a better record, but not as large of an impact on his team. If records mattered like they did that year, Harden should have won last year, during the 2016-17 season, where the barely .500 Thunder had the MVP in Russell Westbrook. After two snubs like that, Harden has clearly showed he wants the award: the Rockets are the top team in the league in record, and Harden has put up stats that rival Westbrook’s last year.

He leads the NBA in points scored with 30.9 ppg, and is 3rd in assists this season with 8.9 apg. Not only this, but he ranks among the top in steals as well, with 1.9 spg. To add to this, two advanced metrics, +/- and Real Plus Minus/Wins Above Replacement. James Harden’s plus/minus so far has been incredible: second in the league with 8.1. His Wins Above Replacement have also been remarkably high, because while he is not first in the league, he is surrounded by other amazing players such as Chris Paul. Combined, the two have a WAR of 21.6.

During the two weeks without Harden, the Rockets underperformed, going a measly 5-3. This not only furthers Harden’s value to this phenominal team.