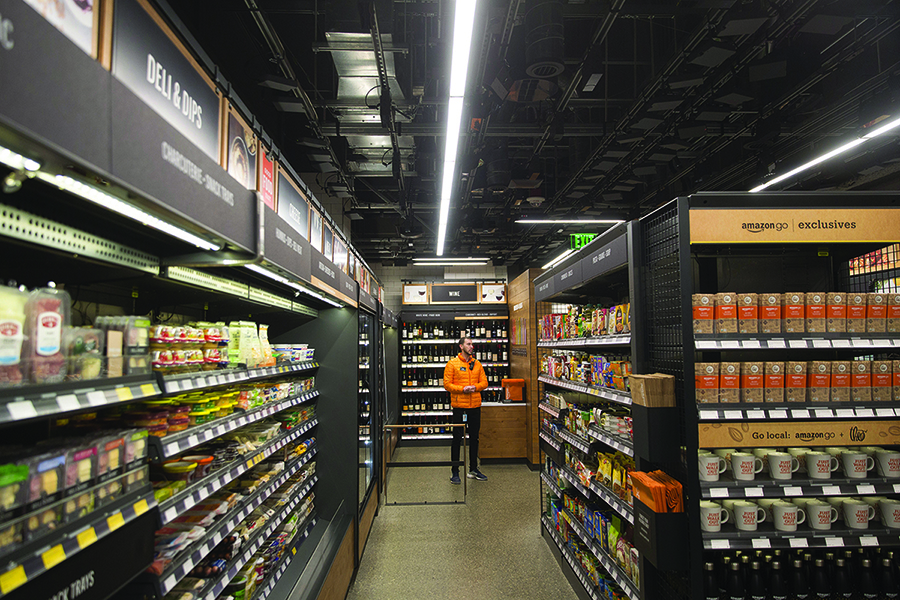 An employee stands at the Amazon Go store in Seattle, Washington, U.S., on Wednesday, Jan. 17, 2018. After more than a year of testing with an employee-only focus group, Amazon Go opens to the public Monday in downtown Seattle, putting to the test the online retailer's technology that lets shoppers grab what they want and leave without paying a cashier. Photographer: Mike Kane/Bloomberg via Getty Images

It looks like a normal convenience store. Employees milling about, restocking shelves, making sandwiches behind glass panels, and customers stuffing their grocery bags, and sometimes even coats and pockets, with necessities. Then, the customers walk out. Just walk out. No waiting in line to check out. In fact, there’s no checkout at all.

This is Amazon Go.

The company that is always on the front lines of new and emerging technology has just added something unexpected to its lineup of high tech products and services. Amazon, the tech empire that has revolutionized online shopping, has advanced the field of artificial intelligence through Amazon Echo, and even delved into TV streaming through Prime Video, has squeezed itself into the humble industry of the brick and mortar grocery stores.

Grocery stores have done their fair share of innovating in the last few years, with companies like Instacart delivering groceries to customer’s houses and already established supermarkets like H.E.B implementing concepts like Curbside, where customers order their groceries online, then pick them up at a chosen time without having to leave their car.

As per usual, Amazon is one step ahead of the game. On Jan. 22, Amazon opened their first Amazon Go location to the public in Seattle, WA, introducing a new concept to the grocery store industry: in store shopping with online paying.

Amazon has generated their Just Walk Out Technology that detects when items are taken from or put back on shelves, and puts them on a virtual cart for you online. After using the Amazon Go app to enter the store, it tracks the items you take. After leaving the store, the customer’s Amazon account will be charged and customers will be sent a receipt for what they took.

The store is designed for quick trips, only stocking premade meals, basic grocery items, and even some meal kits to make cooking as convenient as possible. There is also a limited amount of fresh produce, due to the difficulty of tracking and pricing.

Amazon Go gives customers an orange shopping bag to carry groceries, but customers can also slip items into purses, coats, or pockets because the store tracks each item using sensors along the shelves and over a hundred cameras that line the ceiling. Other than that, the store resembles a convenience-store sized Whole Foods.

Despite the fact that there is no need for cashiers or baggers, there is no shortage of employees at the store: they restock shelves, help customers, and make sandwiches, meal kits, and other premade foods. Though Amazon Go is very technology heavy, they still rely on employees to run their store. Their goal is to make the shopping experience more efficient, not put cashiers out of work.

For over a year, Amazon has opened their store to just their own employees. They used their own workers to test and find errors with the technology before opening in fully to the public. Some of the early problems in their technology included confusing people of similar body types and having difficulty tracking people in crowds.

Since Amazon has taken so much time to develop this technology, it is unlikely many stores will by copying the concept anytime soon. It is unclear when Amazon Go will be expanding into other cities or locations, but there is no doubt the grocery store market is next in line for a major remodel, and Amazon is leading the pack. 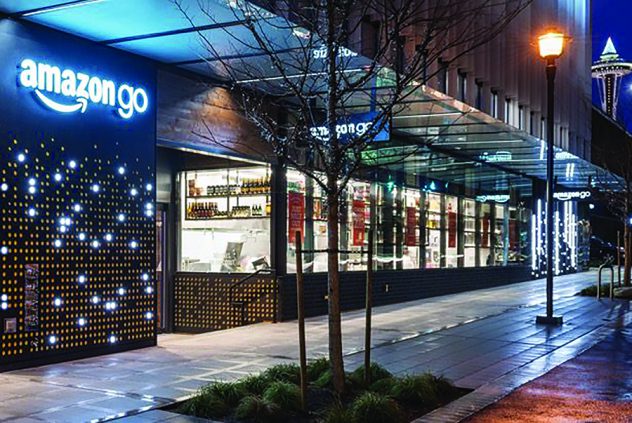 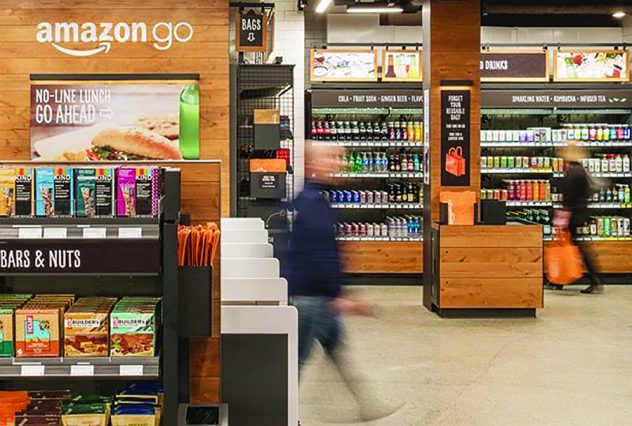