The pressure of cheer 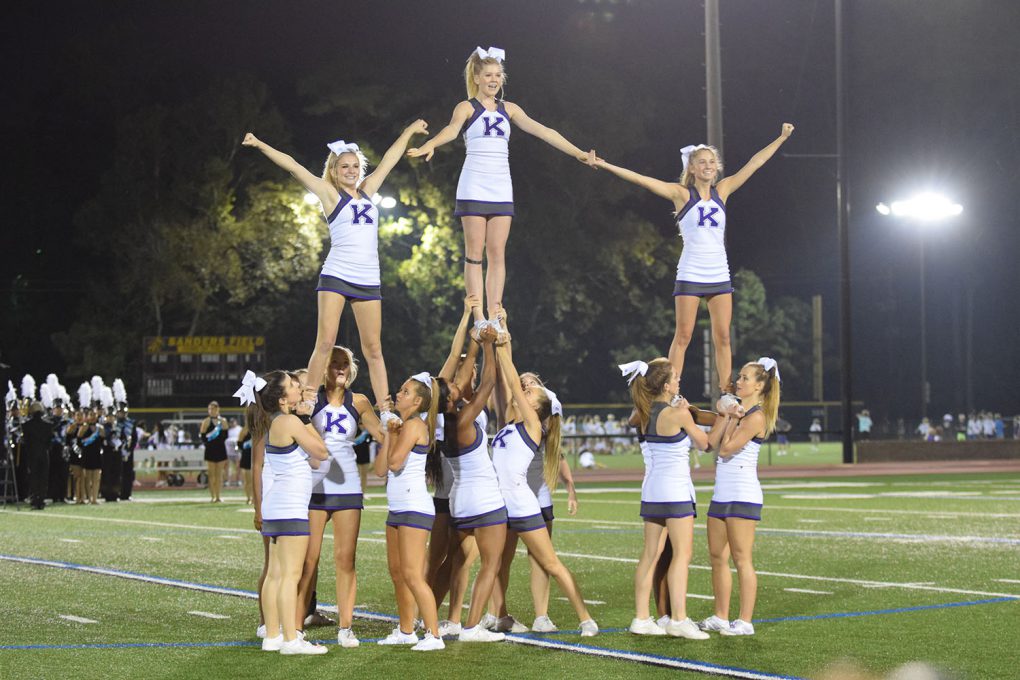 Cheerleaders have only two minutes to prove their strength and capabilities, whereas other fall sports have weeks of games. Because of this, the cheerleaders face immense pressure to stun the crowd without any mess ups.On average, the cheerleaders work for 13 hours a week for one month just to prepare for one cheer routine that they perform at pep rallies and football games.

Cheer routines are very complex to create. Coach Jessica Hawkes describes choreographing, selecting and mixing music, and finalizing a routine as “completing the hardest sudoku puzzle for three weeks.” In one routine, the coaches have to factor in stunts, tumbling, and dancing.

Before she starts to assemble the routine, Coach Hawkes organizes the girls by tumbling skill, stunt skill, height, and dance skill. Once she has the girls organized and the music mixed, she begins to graph out the full routine for every count of eight. According to Hawkes, the Falcons’ cheer routines are unique because they incorporate more tumbling than most of the other local schools.

This year the Kinkaid Falcons are the “most talented group of Cheerleaders that Kinkaid has had so far,” according to Hawkes. Caroline Petersen (11) says “this season, we have more advanced skills as some of the new girls to varsity cheer competitively. We also have a larger squad, which allows us to have harder routines with more stunt groups.” A typical practice entails 15 minutes for warmup and stretch, 15 minutes of tumbling, and 30-45 minutes of stunting, during which they work on 12-15 different stunts, 30 minutes of choreography. Once they learn and memorize their routine, it takes about two weeks to finalize. During this process they run through the routine hundreds of times, just as they would during a pep rally.

After a month of hard work, the cheerleaders finally perform their routines during halftime at the football games or during pep rallies. The cheer leaders face “the pressure of perfection” during their routines. “We’re not allowed to mess up because that’s all the crowd remembers,” says Hawkes.

The Falcons are preparing to finish their season on November 19th at the UCA Regional Cheer Competition where they will compete against all cheer teams in Texas. With the strength of the cheer squad this year, the Falcons are gearing up to end the season on a good note. 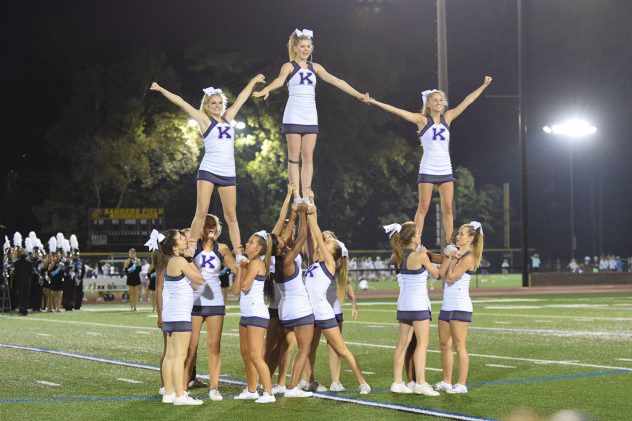