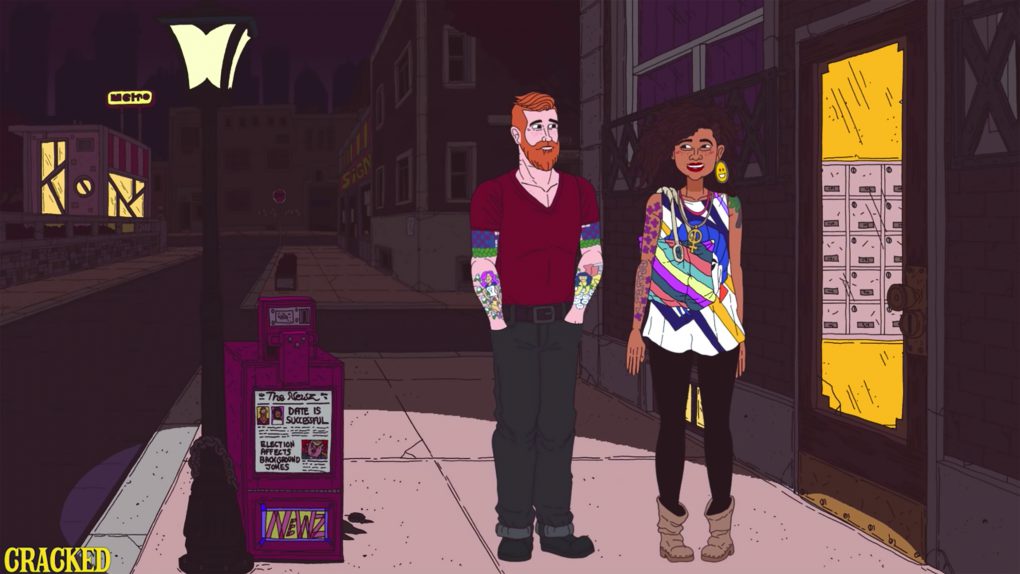 “peopleWatching” argues that it’s worth the risk.
The animated web series explores the city-lives of a cast of people their 20s and 30s in 5 to 10-minute videos. Written, directed, and illustrated by a cartoonist who uses the pseudonym Winston Rowntree, “peopleWatching” won Best Digital Fiction Series at the Banff World Media Festival. It has a smaller fanbase than other TV shows and YouTube channels; the videos only garner a few hundred thousand views per episode on the YouTube channel “Cracked,” still fans eagerly await season two.

The show provides a means to express observations of culture. Each episode centers around a specific topic, whether it be depression, death, friendship or simply talking at the movies. “peopleWatching” refuses to shy away from difficult discussion and instead embraces “radical honesty.”

Like Rowntree’s similarly wordy webcomic, “Subnormality,” the videos are heavily reliant on the dialogue. Not only are the episode concepts thought-provoking, but they inspire empathy by putting the audience in the shoes of the characters. In the episode, “Why Dating With Depression Is So (Bleeping) Hard,” the featured character, Safra, explains her depression by personifying it as “depression guy.”

“It’s like you’re sitting in your living room and you’re talking to someone about your problems, and they’re just laying into you about how sh**ty you are, how you might as well not even bother dating because you’re just going to be wasting everyone’s time,” she says, “and you’re kind of nodding along, and then you look up and you realize you’ve been talking to, like, ‘depression guy.’”

The videos’ illustration complements the dialogue. For example, with “depression guy,” Rowntree deftly creates an image of him, complete with red suspenders and tattoos. Oftentimes, little details that enhance the video go unnoticed the first time of watching, but viewers pick up those details the second, third, or fourth time.

At first glance, the show and the characters seem strange, but the short episode always ends on a universally human idea that viewers can relate to on some level. As the series’s teaser says, “People are interesting, dualistic, and contradictory, always and never alone, good and bad crazy.”