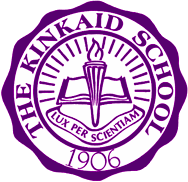 You probably saw it last year. The front picture on the homepage of Kinkaid’s website starring three students: White, Asian, and Indian. All three smiling up at a whiteboard, the very vision of a melting pot, representing the diversity Kinkaid entails. Funny. Of course, this picturesque photo does not clearly depict the average class at Kinkaid.

I was always aware of the disparity between students of color at Kinkaid, but taking a class about race called ‘The Others” during Interim Term last year brought a lot of questions to my mind. In the class, we discussed diversity at Kinkaid—or the lack thereof. Dr. Trusty, Assistant Headmaster and the instructor of the class, brought to our attention the statistics of race here and at independent schools across the country. For the 2016-2017 school year, Kinkaid is 5% African American, 5% Hispanic American, 8% Asian American, 6% Multiracial, 1% Middle Eastern and 75% European American. In the Upper School, the student body is 72% white. This is hardly the mixture of races that Kinkaid advertised on their front page. None of these statistics necessarily surprised me.

What did surprise me was when I learned that 40% of the incoming freshman class self-identified as being a person of color. This shows the progress that Kinkaid has made. This progress is hugely vital to expose students to peers and their families who come from different backgrounds and cultures, but still share our community.

“It has been scientifically proven that students work better in diverse environments. Having no diversity is like having a basketball team full of point guards. That basketball team would not be successful,” Dr. Trusty said.

Racial diversity is so important because it greatly heightens discussions and expands learning experiences at school. “I want be exposed to and appreciate different cultures and opinions. It would be good to see people who don’t look like me. In the real world, we aren’t just going to meet white people,” Mary Cravens (11) said.

Outside of our campus, our city is rapidly becoming more diverse. Houston recently surpassed both New York City and Los Angeles as the most diverse city in the nation; Houston is only 26% white while people of color make up 74% of the city. These numbers look very different from the numbers inside our campus.

I’m not saying our population numbers should be identical to that of the actual city’s. But I do think that our current numbers—nearly the exact opposite of Houston’s (instead of 74% people of color, we are 72% white)—may not be high enough to create a truly cultivating environment similar to the world around us.

So why isn’t our school changing as well in a reflection of the city we live in?

Lauren Ho (11) says, “I feel out of place sometimes because most people here are white. Obviously all Asians aren’t the same so if there were more [Asians], people would see we don’t fit into one box and there is less room for stereotypes.”

I enjoy attending school at Kinkaid, but the uncomfortable experiences I have based upon the stereotypes of others have been disappointing. “Aye, yo, wassup!” I am sometimes greeted by passing classmates, as if the only way they can communicate with me is through the way they think I should speak. While a student here, I’ve heard the N-word echoed in the cafeteria, and I’ve been told that I’m the “whitest” black person someone knows because I live in Piney Point, because apparently I’m the anomaly to the idea in their head that all black people are poor. I believe this ignorance is prompted by lack of exposure to different cultures. When the majority students don’t interact with people of color from a young age, stereotypes burgeon.

However, there is only so much Kinkaid can do to make the school more diverse with the longstanding policy that prioritizes 80% of new admissions for legacy families and children of faculty, leaving 20% of the spots for new families. This is a priority in the Lower School, where incoming class sizes are very small.

“In Pre-K and Kindergarten, the ratio is always 80/20. In 6th through 9th grade, the intention is to keep that ratio, but we don’t always have the priority numbers to support it,” Admissions Director Ms. Iris Bonet says. “Kinkaid has a history of being a family school. As more students of color graduate, the legacy pool will change and it will not be such a difficult task to diversify Kinkaid.”

There has already been visible and positive change in the Upper School. For example, in just this year, the freshman class is considerably more diverse than the senior class, and next year’s ninth grade promises to be even more so. This is hugely encouraging, but one potential problem with this policy, is that it relies on the possibility that students of color will send their children to the school.

If we look just black families, before the 1960s, they could not even attend Kinkaid. So for nearly 60 years of the school’s operation, black families were not permitted to enroll—that history has set up a system of privilege. (Apart from this, the biggest class of black students graduated from Kinkaid in 1995. That class had a whopping 13 black people out of 121 students.)

Instead of the 80/20 rule, it should be changed to 70/30 or 60/40 so there is more room to search and look for the best students, of all colors, to ensure a better, more inclusive learning environment for everyone.

I know Kinkaid is a school of tradition and legacy, but it’s time to break the tradition of giving a significant priority admission to legacy students. For now, the 80/20 policy hinders people of colors’ ability to get into this once all-white institution.