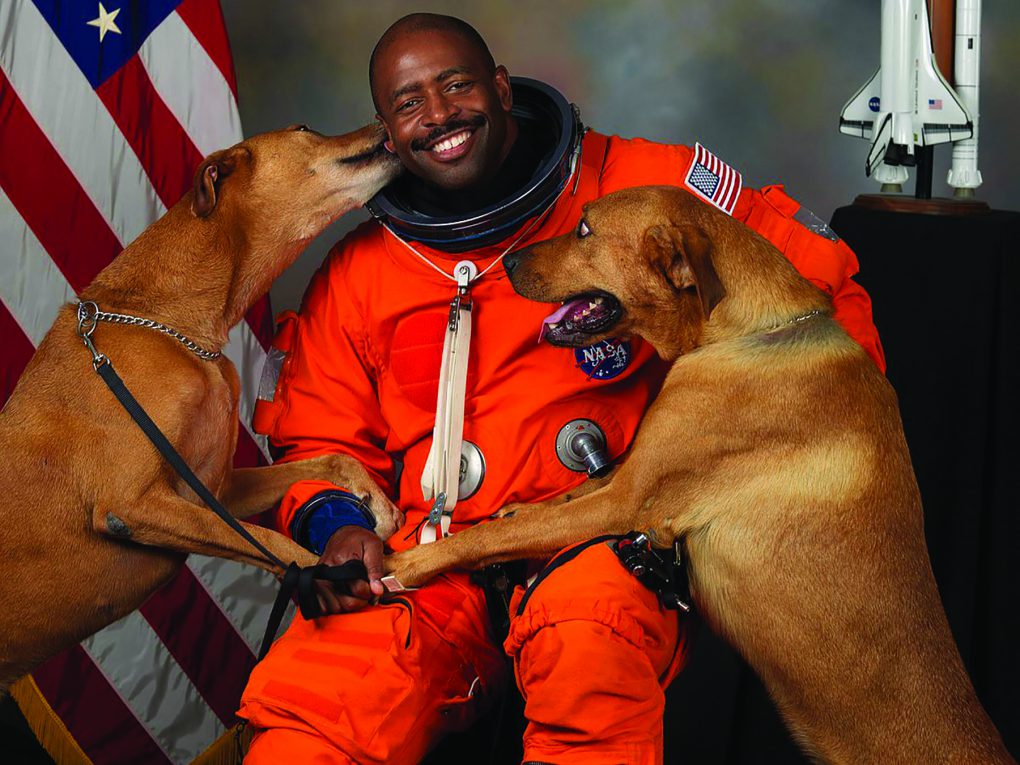 Engineer, NFL wide receiver, and NASA astronaut, Leland D. Melvin spoke during assembly as this year’s selected Papadopoulos speaker on Oct. 4, 2017. Melvin discussed his work with NASA, his life as an astronaut, his current work in space education, and an up-and-coming documentary. He also touched on broader topics including equality and believing in oneself, and he then posed the question, “How are you going to help inspire the next generation?”

Sonia Clayton, an upper school science teacher and the director of the Papadopoulos Fellow Speaker Series, started recruiting Melvin for the talk last spring. “A few of us heard a piece about him on the radio. So I investigated more and realized his passion for STEM education, in addition to his life story and of course being an astronaut,” said Clayton.

Melvin started his talk with childhood events that inspired his love of science. He told the story of how he created his own skateboard when his family didn’t have the money to buy him one. He saw a problem and used his mind and hands to fix it. “That’s what science and engineering is all about,” said Melvin.

He also talked about the explosions he created in his living room with his chemistry kit and about the summer when his family repurposed a bread truck and converted it into a camper. All of these memories created his deep interest in science and engineering.

In addition to his love for science, Melvin also cultivated a love for football when he was young. While being scouted at one of his high school football games, he dropped a pass, and the scout started to walk out. Melvin then got back up and made the next catch, and the cheers of the fans brought the scout back, saving him a spot at The University of Richmond for football. “That one catch resulted in a $180,000 scholarship,” said Melvin. “The moral of the story is believe in yourself and keep going.”

Melvin also spoke about an accident in NASA’s Neutral Buoyancy Laboratory when he emerged from the pool with loss of hearing in his ears and was told he would never go to space. Again, Melvin overcame this setback, and eventually regained enough hearing to be able to fly. “The key is to have the grit, determination, and perseverance to overcome obstacles you see in your way,” said Melvin.

Melvin’s presentation left the Kinkaid community with inspiring stories of overcoming obstacles, a priceless tale of sneaking his dogs into NASA, and many life lessons to guide students through everything from sports injuries to space training.