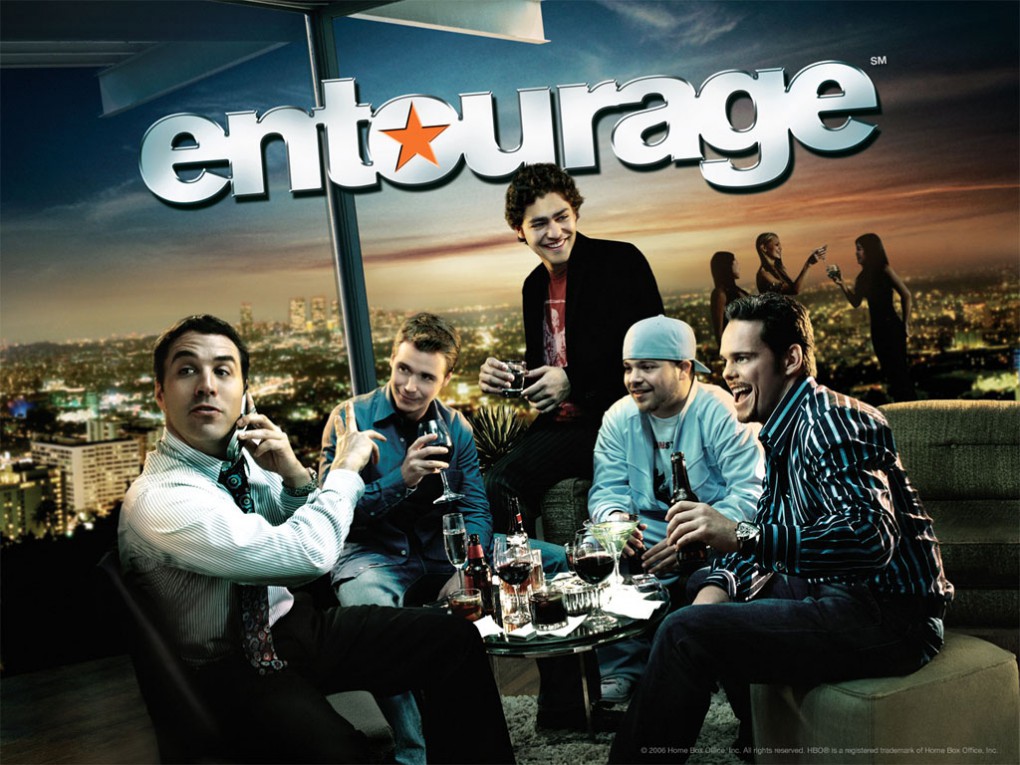 Television has historically been seen as the movie business’s little brother—a solid medium for distraction and entertainment, but everyone knew all the real action is in movies. The best actors, directors, effects, budgets, and storylines were all saved for movies. However, over the past decade, TV seems to be enjoying a “Golden Era,” a trend that has seemingly coincided with the decline or quality and originality in movies. The quality, writing, and originality of television shows has never been better, and it has become increasingly commonplace for superstar actors to “shamefully” having various roles in TV shows.

The rise of television has also paralleled the rise of digital media. With the rise of streaming services like Netflix, Hulu, and HBO-Go, many have switched from actual televisions to their computers to watch TV shows. With the convenience of these relatively inexpensive services, catching up on shows or binge-watching entire seasons has never been easier, and TV writers have risen to meet the demand.

The following shows are a selection that fit into a 3-tiered ranking—what The Falcon staff considers some of the absolute best in TV.

These are the must-watch shows that should be seen by everyone. While others have come close, these shows stand alone in terms in breadth, storytelling, characters, and actors. These are—in my opinion—the best shows of all time, and in many ways have been pioneers for the “Golden Era” of television.

The Wire is easily the best show of all time. The show begins as a dramatic police procedural in Baltimore, as a detail looks to take down the infamous Barksdale drug dealing organization, but it quickly morphs into something more bigger. While staying exciting and dramatic, the show tackles big issues like institutional and urban decay, looking into Baltimore’s ghettos, dockworkers, politics, school system, and even the newspaper. No show has ever matched the grittiness and realism of the Wire, and while it may not be the most exciting show ever, it is undoubtedly the most important.

Perhaps the most popular show of the last decade ended last fall, but its legacy has lived on and grown thanks to fans being able to watch the show on Netflix. The show chronicles a chemistry teacher turned meth cook’s descent into madness, as he carefully treads the violent narcotics underworld. The acting in this show is perhaps television’s best ever, and the character development and cinematography are top-notch. The show is dramatic, tense, and dark, and is easily one of the best shows of all time.

The Sopranos is one of the most important shows on this list, as it arguably paved the way for TV’s Golden Era. Tony Soprano truly was the original anti-hero, which is such a huge staple in today’s television. Without the Sopranos there is no Walter White or Don Draper, and that is not where the Sopranos influence on TV ends. It was perhaps the first large-scale show that could rival the quality on the big-screen, and the show paved the way for the acting, directing, producing, and writing to vastly improve in television. The show centers around Tony Soprano’s two families—his mob family and his home family.

These are the shows that are just a drop below the pinnacle. They are an elite class, and should be watched by any TV fan.

This comedy is insanely smart, and it is a shame that Fox cancelled it after 3 seasons. The show centers around Michael Bluth’s (Jason Bateman) family, as he takes over his family’s profitable business in the wake of his father’s arrest. The show has tons of running gags and wacky characters, and is so layered that on subsequent viewings you catch more and more. All three seasons, including a mediocre Netflix original fourth season, can all be viewed on Netflix.

This new series that aired in the fall of 2014 is one of HBO’s latest masterpieces. The show is about two Louisiana detectives solving a long-winding cult-related murder case, and stars Matthew McConaughey and Woody Harrelson. McConaughey and Harrelson absolutely kill it in this show, the production values are insane, and the storyline is gripping suspenseful. The show will return this summer, and will have a tough time following up the first season with a new cast, setting, and storyline.

House of Cards will probably be known as the original show that popularized streaming-exclusive shows. Nobody was sure how a ‘TV’ show that is actually only on the Internet would fair, but House of Cards was a smash hit and a huge win for Netflix. Kevin Spacey is terrific as the leading man, totally at home playing a scheming and ruthless politician trying to rise through the White House, and the show has great writing/directing.

Another hugely popular show is Game of Thrones, based on George RR Martin’s series A Song of Ice and Fire. The setting is a medieval continent called Westeros, in which the royal families battle over power and kingdoms. While its genre is fantasy, the Game of Thrones universe is grim and realistic, a world in which political intrigue trumps ‘magic’, and any character can die. This is a show where you can’t anticipate what will happen next—or which of your favorite characters will be killed off.

These shows are smart and fun, and can be enjoyed by anyone.

The Office, Comedy, Netflix/Hulu Plus

The Office ended last year, but Dunder Mifflin will likely stay in any Office fan for years to come. The show features some of TV’s finest ever characters, such as Michael Scott and Dwight Schrute, and hilarious, cringey, humor. The Office is hilarious, charming, realistic, and overall just a great show. It would likely be in the 2nd tier, but the show got increasingly over the top and unrealistic in the later seasons, and much of the show after Steve Carell left in Season 7 is forgettable.

The show about a movie star and his four man ‘Entourage’ trying to make it in Hollywood. Each episode typically features cameos from celebrities who play fictional versions of themselves. Much of the show is carried by Jeremy Piven playing Ari Gold, a crude and cutthroat movie agent, which won him three Emmys for Best Supporting Actor. While the show probably went on too long past its prime, with a movie set to come out this summer there has never been more of a reason to tackle the easily digestible Entourage.

Community has had one of the most up and down runs of any TV show. The show has been cancelled and revived several times, the showrunner and creator has been fired and rehired a season later, and several main actors have left the show. However, the show has always maintained a huge cult following, and a new season of the show has been made that can be viewed only on Yahoo Screen, Yahoo’s new streaming service. The show can be inconsistent, but at its best it has some of the funniest and wittiest humor I have seen on TV. The show is set at a community college, centered around an offbeat study-group—but it’s impossible to describe the show. The show is strongest in the first two seasons, and there are some great moments in seasons 3 and 5. Skip season 4.

People often scratch their noses and look down on a show like South Park, seeing it as nothing more than an inappropriate show filled crudeness and potty-jokes. In reality, South Park was a revolutionary show that completely pushed the boundaries on what was allowed to be on television. It is a much smarter show then it is given credit for—the show often satires big events in popular media and politics; it is probably the most socially aware show on TV.

This high school comedy features an amazing cast that includes Seth Rogen, James Franco, Jason Segal, and Linda Cardellini. The show chronicles the misadventures of two distinct group of high-schoolers: the freshmen geeks and the older, trouble-making freaks. The show is both hilarious and touching, and will likely hit close to home from time to time for Kinkaid students. This show is perhaps the most realistic portrayal of high school I have seen, it is terrifically directed and acted, and despite only lasting one season, it is one of my personal favorites.

Another Netflix exclusive, Orange is the New Black chronicles the happenings of an all-women’s prison. As you would expect, the show features a very diverse cast with many interesting and unique characters. The show is very well acted and written, and can be very touching and depressing while still being funny. The show has had two seasons, and a third one is set to come out on Netflix this summer.

Many were skeptical about the Breaking Bad spin off when it was first announced, but Better Call Saul has smashed it out of the ball-park through their first season which ended last week. Bob Odenkirk has proved he has the wheels to carry his own show, playing the corrupt CRIMINAL attorney a few years before Breaking Bad starts. The storylines have been great, the acting has been terrific, and the scenes have been masterfully choreographed; perhaps nothing should be expected less from executive producer Vince Gilligan. Not only has Better Call Saul stood well on its own, many critics are comparing it to its predecessor and wondering which will end up being the better show. Some of the episodes can be found on AMC.com, and the rest should be on iTunes.