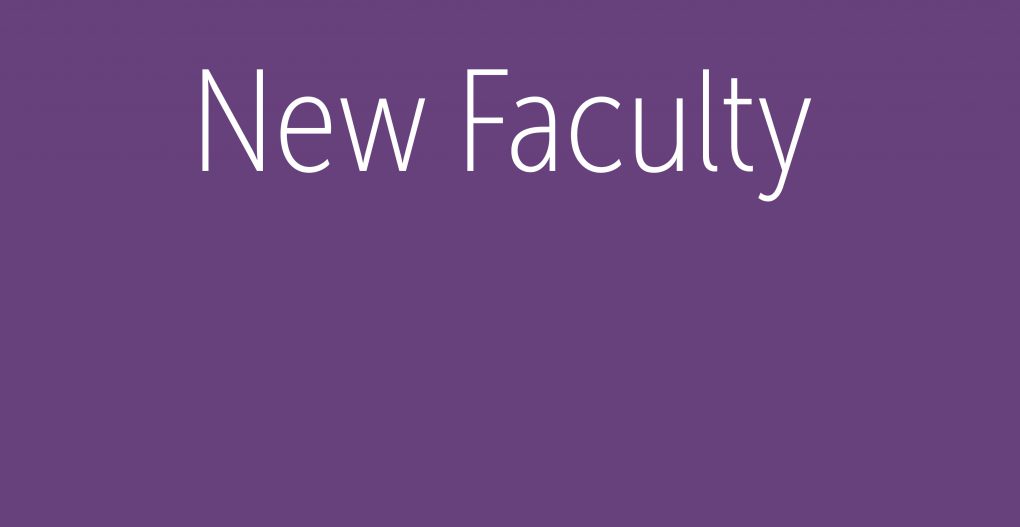 Mr. Jarad Benn became a teacher 12 years ago, when he taught music class in Philadelphia. He has taught all ages, from younger kids to professionals. As soon as he saw a job opening at Kinkaid, he was thrilled to become a part of the community. Mr. Benn said that “the spaces that are here, from a theater standpoint, rival most colleges.” Excited to take this “teacher’s dream job,” Mr. Benn explained how the teachers care about developing and teaching the entire student. Coming in as an Upper School Acting Teacher and Director, Mr. Benn is excited to be working with a program and school that values the arts as much as athletics and academics.

Coming from St. Mary’s Hall, Kinkaid has always been Ms. Liz Chambers’ rival; however, now she is excited to be cheering on the Falcons! She found her transition to Kinkaid seamless and almost “surreal.” Teaching all grades as a history and social science instructor, Ms. Chambers said that each class has a sense of community, making her feel welcome. Ms. Chambers studied at Vanderbilt University and pursued a career as an art consultant; however, she decided to switch to teaching because she said she felt that her job as an art consultant was unfulfilling.  This is her third year of teaching.

Mrs. Jessica Hawkes is beginning her eighth year in education and her 17th year coaching cheer. She originally came to Kinkaid as varsity cheerleading coach and three years later, she is beginning to teach history. Becoming the new Kinkaid Cooks For the Community (KCFC) club sponsor this year, she is involved in all parts of Kinkaid. She said that her transition into the school has been easy because she was already a part of the Kinkaid community. In addition to playing various roles at Kinkaid, she also enjoys traveling, and she went to Peru to hike the Inca Trail to Machu Picchu.

Mr. Ryan Call has been an instructor since 2007 and has taught high school students since 2011. He received a writing award in 2011 for his collection called “The Weather Stations,” and his most recent published story was called “No Mothers, Only Ghosts.” Mr. Call said that Kinkaid “always struck [him] as a school of excellence,” and the four core values are very important to him. Mr. Call had a smooth transition, mainly because he lives five minutes from school. As a former teacher at Episcopal High School, Mr. Call knows how to teach upper school students, and he appreciates the common foundation that many of the ninth graders share.

Mr. Ike Crews began his teaching career 21 days ago, on the first day of school. He attended Davidson College where he wrestled. During his gap year between high school and college, Mr. Crews visited different countries, including Peru and Australia, working as a banana picker and teaching English at a school in Peru for a month. Enthusiastic to join a school that is well-known across the country and having attended St. Mark’s School in Dallas, Mr. Crews was delighted to know that he was chosen for the Cooney Fellow for history and social sciences. He is also involved in athletics, coaching football and wrestling.

Mrs. Lakeisha Branch came to Kinkaid from Lee Community College in Baytown, Texas. She attended Southern Methodist for her undergrad and earned her master’s degree from the University of South Florida.  She has worked with a variety of technology in her job as a program coordinator at Lee College, and she said that her transition has been smooth, and she is getting in the groove of new Kinkaid technology. Additionally, she enjoys “working with students and the positive attitude and thoughtfulness everyone displays on a daily basis,” Branch said. Mrs. Branch came to Kinkaid because it is a prestigious and well-known school. She also loves spending time with her 10 month old baby.

Ms. Kenley Turville has been in education since 2012, starting at the Webb Schools in California, then transitioning over to USC. At USC, Ms. Turville worked in administration for six years, overseeing Texas applicants. Knowing the challenge that comes with moving to a new school and living in a new city, Ms. Turville is enthusiastic to get to know the students as a new Upper School Dean. Ms. Turville chose this job because she can be “more hands-on with students,” Turville said. Adventurous as she is, she recently completed her journey by visiting all 50 states, with a one week fishing trip to Alaska.

With 27 years of teaching and coaching in high school and at the collegiate level, the new Athletic Director, Mr. David Holm, joined the Kinkaid community. He was attracted to Kinkaid by the students he recruited at Georgetown University, and the balance of value between athletics and academics. He has connections in Houston through his wife’s family with two nieces at River Oaks Baptist. “I had a great transition with the hurricane adding a little twist to it,” Holm said. Mr. Holm has always been a big time Green Bay Packers fan.

Ms. Kristen McKinney is joining Kinkaid as the new Middle and Upper School Acting Teacher and Director. Ms. McKinney is no stranger to the arts as she taught for 24 years, 23 of which were at the Walnut Hill School for the Arts in Massachusetts. Ms. McKinney created the 9-12 musical theatre curriculum for her school. Additionally from teaching theatre, Ms. McKinney also taught as a lecturer at Boston College, Emerson College, and The Boston Conservatory. She says she “is eager for a change and challenge,” especially since the arts and athletics are highly valued at Kinkaid. A football lover, she is thrilled to become a Falcon fan.

Beginning his 15th year as a teacher, Mr. Jason Johnson previously taught at Crossroads School for Arts and Sciences in Santa Monia, Calif. and founded a science and math teacher placement firm that operated out of Houston and San Francisco.  Mr. Johnson was introduced to the Kinkaid community when his wife, Dr. McDonald-Johnson, began teaching English five years ago. Kinkaid now welcomes him to the science department. Although Mr. Johnson said he is still not quite adjusted to the Houston heat, he loves the wildlife and food scene that can be found here. He and Dr. McDonald-Johnson often attend events in and around Houston with their two elementary-school-age sons.

Mr. Steve Dowell has been teaching for eight years, seven of which have been in high school mathematics. Additionally, he spent a year teaching Latin. Mr. Dowell appreciates the school’s four core values and culture, which are some of the reasons why he chose Kinkaid. He found his transition initially smooth, but Hurricane Harvey disrupted his life, and he does not think he would be here without the support of the staff. Dowell said his former school, an all-boys school, was less warm and welcoming, but here at Kinkaid, the population is vibrant and welcoming. A little known fact about Mr. Dowell is that he is almost entirely color blind.