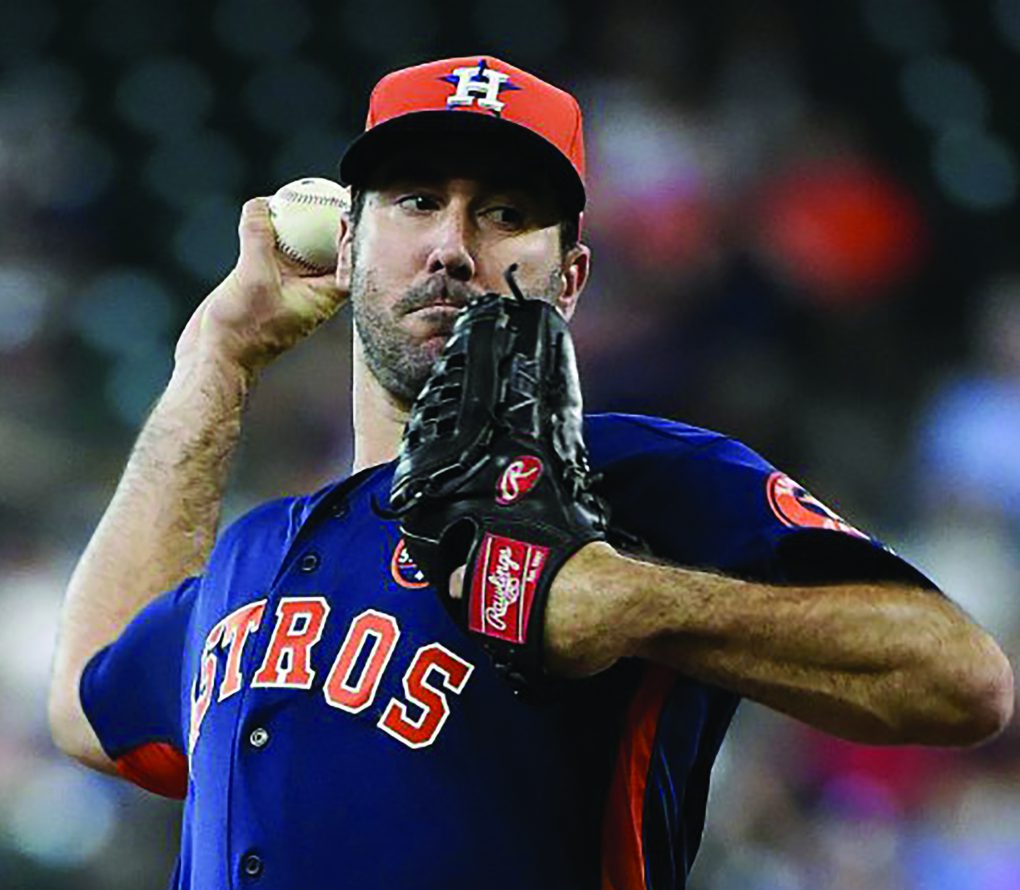 Justin Verlander was a great addition to the team.

Four years ago, the 111-loss Astros tied for the seventh most losses in baseball’s history. Now, they are standing in the number two spot in the American League, looking to win their first World Series.

While the Astros recently lost their first place spot in the AL to the Indians, they are still in great form. The Astros have a strong hold on second place in the AL, and with two MVP candidates and six all-stars, as well as star pitchers Dallas Keuchel, Lance McCullers Jr., and the newly acquired Justin Verlander, many Houstonians are delighted to watch them dominate the remainder of the season.

According to fivethirtyeight.com, the Astros, 20 games ahead of the next team in their division, have won their division and clinched a spot to the postseason. They currently have a 14 percent chance of winning the World Series, good for third overall in the league. However, when the Astros, who are projected to finish 100-62, make the playoffs, the difficulty steps up as they may have to face the Indians, who they are 2-7 against. Also, the top team overall, the Dodgers, are likely to win the NL and make the World Series, providing the Astros with an extra obstacle.

On Sep. 1, the Astros significantly increased the chances of winning their franchise-first World Series by putting together a deal for six-time all-star and 2016 runner-up for the AL Cy Young Award, pitcher Justin Verlander. This move strengthens the Houston pitching rotation immensely, which now consists of four elite pitchers. Verlander joins 2015 Cy Young winner Dallas Keuchel as well as all-stars Lance McCullers and Chris Devenski. The trade starts a long rebuilding process for the Detroit Tigers, starting with the Astros trading away three prospects: pitcher Franklin Perez, catcher Jake Rogers, and outfielder Daz Cameron. This move illustrates the Astros confidence in their team and willingness to go all in for a World Series.

The new Verlander trade helps deepen the pitching rotation, but the real stars of the team are the two that continue to dominate. Jose Altuve is the current favorite to win the MVP award in the AL, with not only the best batting average in the league but also with a winning team on his back. Carlos Correa was a starter for the All-Star Game and has continued his fabulous play despite an injury which virtually eliminated him from the MVP race.

These two are having great seasons coming off solid performances last year. Their excellence has guided the Astros to lead the MLB in almost every category including runs, batting average, on-base percentage, and slugging percentage.

Correa’s injury is accompanied by other injuries all across the roster, including McCullers; however, almost all injured players will be recovered for the postseason and will not hinder the Astros’ chances at the first World Series title.  Widely acclaimed Sports Illustrated made a bold prediction in 2014 that the Astros would win the 2017 World Series, and it might just come true.