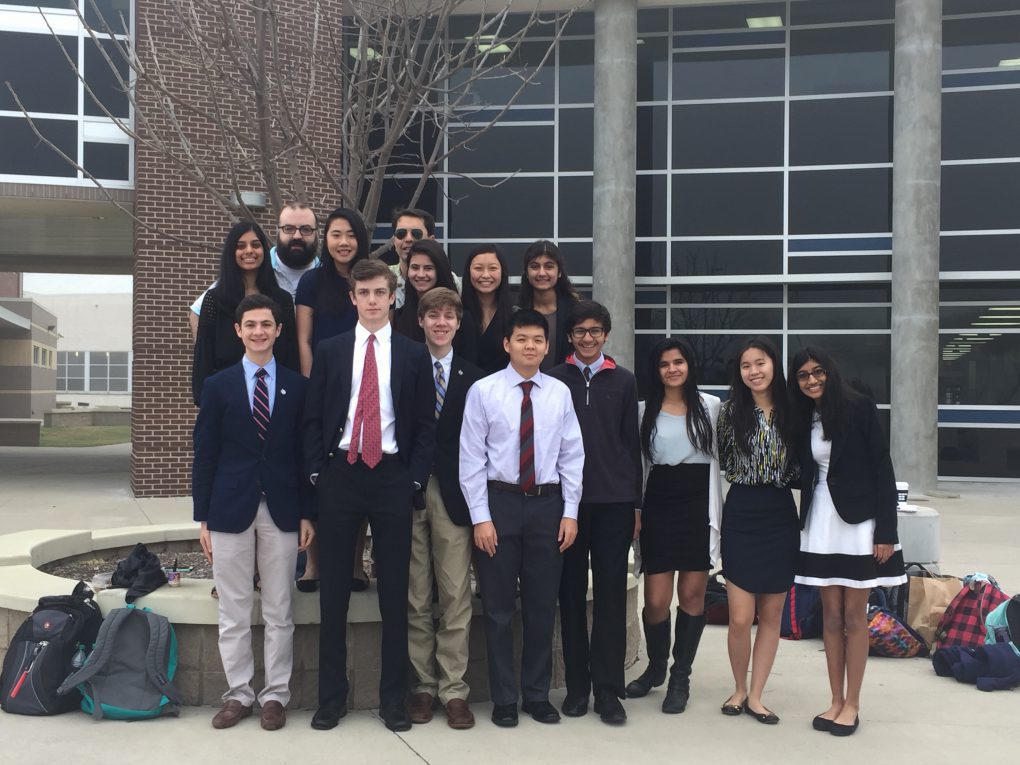 Out of the three formats of debate Kinkaid offers—public forum, Lincoln-Douglas (LD), and policy—Kinkaid has been highly successful in LD and policy this season.

The policy debate team has also experienced much success this year, both at a local and national level.

“We have a lot of up and coming freshman teams and a sophomore team who did very well to hold their own at large, national tournaments in addition to winning many of the local tournaments,” Sabrina Bajwa (12) said.

“Almost all of the freshman teams qualified to state—which is a significant accomplishment for first-years—but most importantly, they showed a lot of willingness to work hard and are dedicated to the activity,” Bajwa said.

Furthermore, four debaters reached the elimination rounds: sophomore team Dani Knobloch and Amy Ho placed in the top 32 and Bajwa and her partner Sam Richey (12) in the top 16.

The LD debate team performed very well locally: five debaters qualified for TFA state and Jason Yang (12) reached the finals of the tournament and placed second— “a level that is on par with the best in the history of Kinkaid,” according to Mr. Eric Emerson, Kinkaid’s debate coach. But Yang (12) believes that the team could perform better on the national scale.

“I think locally we’re doing a very good job,” he said, “but I think nationally we could have more participants.”

Moreover, it is a challenge to manage other commitments with debate.

“It certainly isn’t easy going to tournaments every other weekend, missing a lot of school,” said Yang. Especially for him, Bajwa, and Richey, time management has been especially important: keeping up with school and other activities and still qualifying for the most competitive debate tournament in the country—the Tournament of Champions (TOC)—is not an easy feat. While the debaters did not reach their goal of reaching the elimination rounds of the TOC, they still performed well. Yang was ranked the sixteenth best speaker out of 86 competitors and Bajwa and Richey placed twenty-first overall out of 76. Futhermore, they will not be leaving behind debate when the graduate: Yang and Bajwa will be teaching in debate camps.

But debate isn’t all about the winning.

“It’s easy to focus on competitive success in debate as it is a largely competitive activity,” said Bajwa. “However, for me debate means so much more. I met some of my greatest friends, learned about so many more subjects than I ever would have in school, and met amazing mentors. It taught me how to be resilient, to never give up, and to step outside of my comfort zone.”

Mr. Emerson’s freshman advisory—almost all of whom are debaters—is another example of how debate goes beyond the competitiveness.

“They are spirited, they love to hear the sound of their own voices, and in a moment will become ferocious over any discussion—and it makes me laugh,” said Mr. Emerson, referring to his advisees. “But they also like each other, they’re the team together, and I anticipate much from them, especially given that many of them have talents that we will be untapping in the coming years.”

For the rest of the debate team, next year is also looking up: the graduating seniors and Mr. Emerson eagerly “anticipate it’ll be good.”