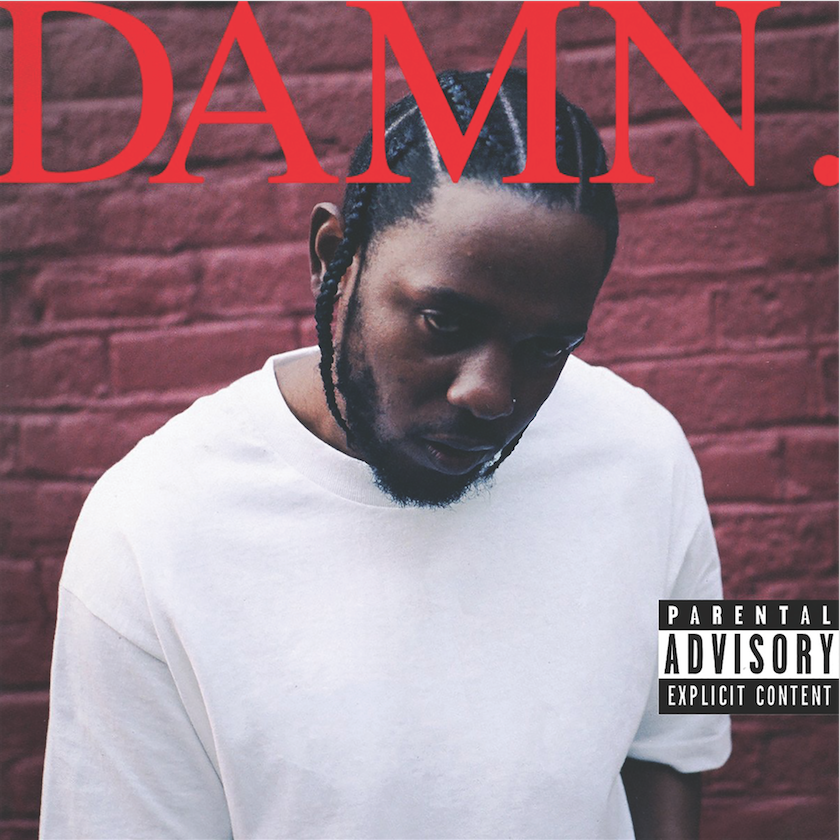 [dropcap]O[/dropcap]n April 14, self proclaimed “Greatest Rapper Alive” Kendrick Lamar released his fourth studio album: DAMN. This project is a followup to his popular 2016 release, Untitled Unmastered. Leading up to DAMN.’s release, Lamar dropped two singles, “The Heart Part 4” and “HUMBLE.”, with the latter appearing on DAMN.

The 29-year-old Compton rapper rose to fame following the release of his first studio album in 2012, good kid, m.A.A.d city. Kendrick followed this certified platinum album with projects To Pimp a Butterfly, and Untitled Unmastered. released in 2015 and 2016 respectively. DAMN. comes as his third album in as many years.

When he debuted “The Heart Part 4” back in March, he touched on many subjects including religion and politics when he mentioned President Donald Trump. To finish the song, he rapped, “y’all got ‘til April the seventh to get y’all s*** together,” which listeners interpreted as  a hint at the release date of his upcoming album. This lyric upset many fans when April 7 came and went without a fresh album. He then officially announced the April 14 release date of his album.

Lamar subsequently released “HUMBLE.” on March 30, Lamar’s highest charted single which debuted at number two on the Billboard Hot 100. He dropped “HUMBLE.” alongside its music video, which was surrounded in controversy. This video’s portrayal of Kendrick Lamar dressed as the Pope angered many people, as did the part of the video in which Kendrick sat in the middle of the table with his crew all on one side, an adaptation of Leonardo Da Vinci’s “The Last Supper.” “HUMBLE.” is quintessential Kendrick Lamar and arguably the hardest track on this album. This song is the epitome of why Kendrick Lamar is colloquially known as The Greatest Rapper Alive with his abrasive attitude and his genius lyrics.

On the morning of Tuesday, April 11, Lamar made two Instagram posts announcing the album title and tracklist. Both posts said “DAMN.” in large lettering with a closeup picture of Lamar.

Religion is a constant theme on DAMN., starting with the title. Its Good Friday release was a deliberate choice. Tracks include “PRIDE.,” “LUST.,” and “God.”

Damn. That was all that I could say after my first listen of DAMN. After my initial disappointment with the first track, “BLOOD.”, which was a boring two minutes of Kendrick talking, DAMN. immediately caught me off guard with the electrifyingly upbeat masterpiece that is “DNA.” I continued to listen to the album for the next hour, and the second “DUCKWORTH.” the final track on the album, ended, I scrolled back up a pressed play again. Song after song, DAMN. surprised me as each track built upon the last.

Since DAMN.’s release, every time I get into a car with my friends, they demand that I play “DNA.” before I can even plug my phone into the AUX. On “DNA.” Lamar excitedly raps about his pride in his African-American heritage over a beat produced by Mike WiLL Made-it.

DAMN. touches on subjects such as religion, politics, equality, love and many others. While many of these feelings and emotions are common in Lamar’s music, they return in dramatic and intense fashion. Kendrick does not make many changes to his style of music on DAMN., but perfects his craft that we have heard from Lamar since he first blew up on the hip-hop scene.

Behind the bold red lettering spelling out “DAMN.” a closeup of Kendrick Lamar graces the cover of this album. This image of Lamar deep in thought perfectly captures the essence of this album which is an introspective work, a look inside the mind of The Greatest Rapper Alive.

DAMN. both begins and ends with Kendrick Lamar’s death. The album’s first track, “BLOOD.” contains no rapping, but rather Kendrick Lamar telling a story about Lamar being shot by a blind lady that he is trying to help. 14 songs and 53 minutes later, Lamar ends the album with his death on “DUCKWORTH”, a song named after his last name.

DAMN. represents a culmination of all that Kendrick Lamar has been throughout his career, and while his use of politics, religion, equality, misfortune and other subjects are not new in his work, Lamar combines and perfects all of these on his fourth studio album, DAMN. which will go down as one of his best.