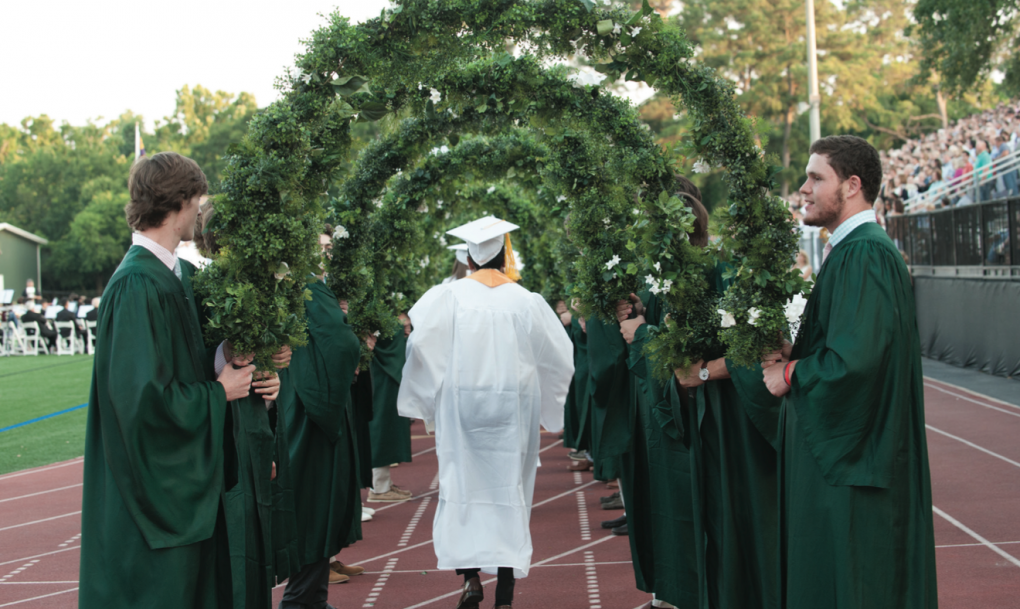 [dropcap]M[/dropcap]ichelle Gielan, a national news anchor that has become a positive psychology researcher, will give the keynote address during this year’s Commencement Exercises on Friday, May 19 for Kinkaid’s 79th graduating class. Ms. Gielan was a CBS News anchor before founding the Institute for Applied Positive Research in 2011.

“One of the reasons that we are excited about Ms. Gielan coming is that at the opening faculty and staff meetings this year we emphasized positivity as something to think about this year. We actually showed a video of Shawn Achor, Ms. Gielan’s husband at the meeting. Personally, I have always tried to be a glass half-full person and work with my administrative team from that positive standpoint. Given her professional experience as an anchor and more recent ventures in the field of positive psychology, I am really looking forward to the wisdom and insights she is going to share with both the graduates and faculty and staff,” Headmaster Andy Martire said.

While working as a reporter for WLFD-TV Chicago, Ms. Gielan covered a wide variety of topics including politics, crime, and in-depth features. She also broke the story of a secret list held by the Chicago Police Department that named officers who had been cited for numerous allegations of police brutality.

From 2008 to 2010, Ms. Gielan served as a national anchor for CBS Morning News and CBS News Up to The Minute. Citing frustration with  the disturbing amount of negativity in the news, Ms. Gielan decided to quit what she described as her “dream job,” to focus on research into the science of happiness.

In a study with Arianna Huffington, Ms. Gielan discovered that just three minutes of negative news in the morning can lead to a 27% higher likelihood of having a bad day. She served as an Executive Producer “The Happiness Advantage” Special on PBS. Ms. Gielan also works with many Fortune 500 companies and schools to form strategies for a more happy and productive environment.

Ms. Gielan founded The Institute for Applied Positive Research in 2011, which researches this connection between positive communication and success. In 2015, she published her bestselling book, Broadcasting Happiness, that highlights her research in positive psychology and how real individuals and organizations have used these techniques to fuel their success.

The 2017 Commencement Exercises are scheduled for 7:30 p.m. on May 19 at Segal Field at Barnhart Stadium. In the case of severe weather, the event will be moved to the Melcher Gym.