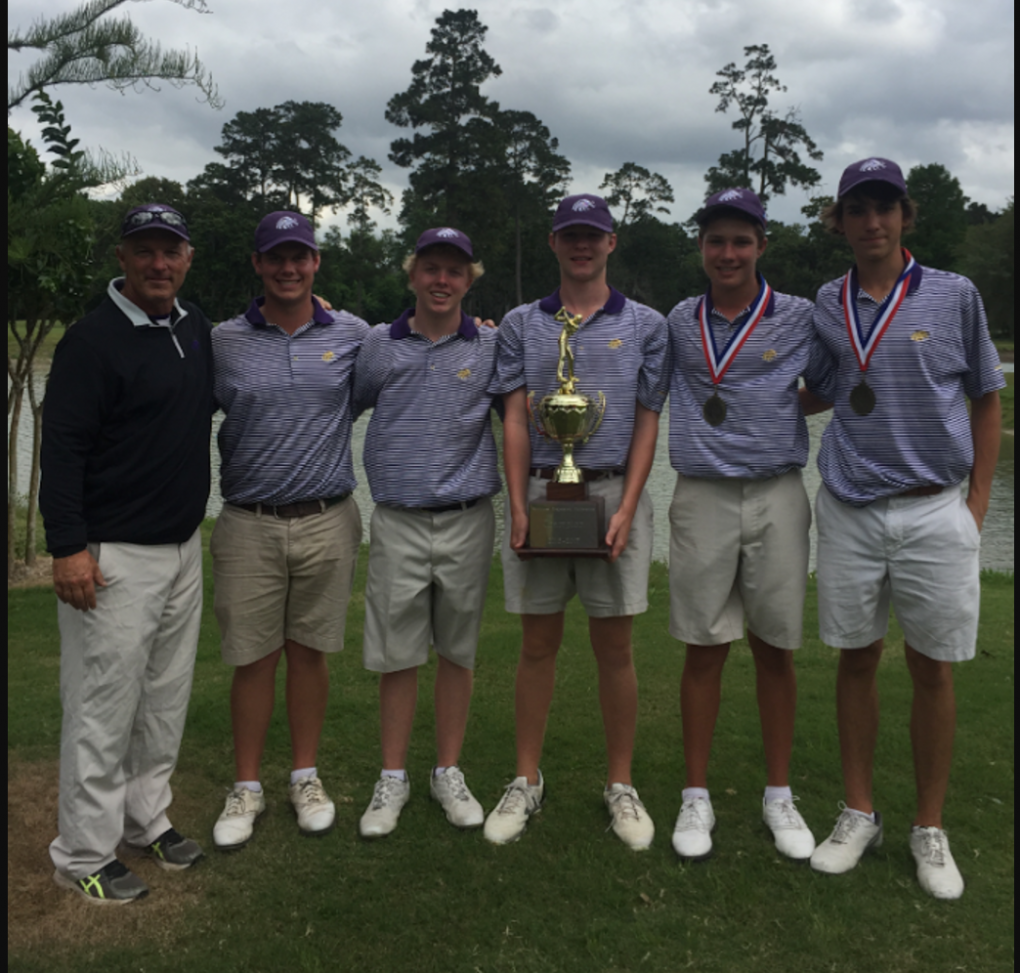 [dropcap]W[/dropcap]ooden’s Bruins. Russell’s Celtics. Gretzky’s Oilers. Belichick and Brady’s Patriots. While each of these teams come from different eras and sports, they have one shared trait: dominance. It takes a special formula of talented players, skillful coaches, and a drive for success to create a true sports dynasty. However, that combination has been perfected by the Kinkaid Boys Varsity Golf Team.

Champions of six of the past eight SPC championships, the Falcons once again hoisted the trophy this year after a seven stroke victory at Cypresswood Golf Club on April 24-25. After leading eventual runners-up John Cooper by three strokes at the end of the first round, the Falcons had a rocky start to the second round before righting the ship on the back nine.

At one point, the Falcons were trailing by six shots with only 11 holes left to play. However, strong performances by Mason Nome (10), Will Jacobe (10), and Jonny Butler (11) secured the victory. Nome (-8) was named All-SPC after tallying consecutive rounds of 68 to finish as the individual runner-up behind Ben Wong (-10) from John Cooper. Jacobe (+1) also shined for the Falcons posting a 71 and 74, while also being recognized as All-SPC. Butler (+13), recovered from an 82 during the first round with a crucial second day 75.

“We couldn’t be prouder of these boys as they overcame some adversity during the rounds, but came out on top. [During the second round] we found our boys on the back nine and told them where we were and that we had to turn it on, and they sure did,” head coach Bobby Eggleston said.

While these young stars put on a show, the Falcons could not have secured a victory without the leadership and contributions of seniors Carter Guinn and J.D. Dyer. Guinn (+18) posted back-to-back 81s while Dyer (+14) posted consecutive 79s.

“I was ecstatic to go out on top and finish my golf career at Kinkaid with an SPC championship. We still have a very young team and I know that the program will continue to find success in the future,” Dyer said.