Rockets vs. Thunder: Keys to the Series 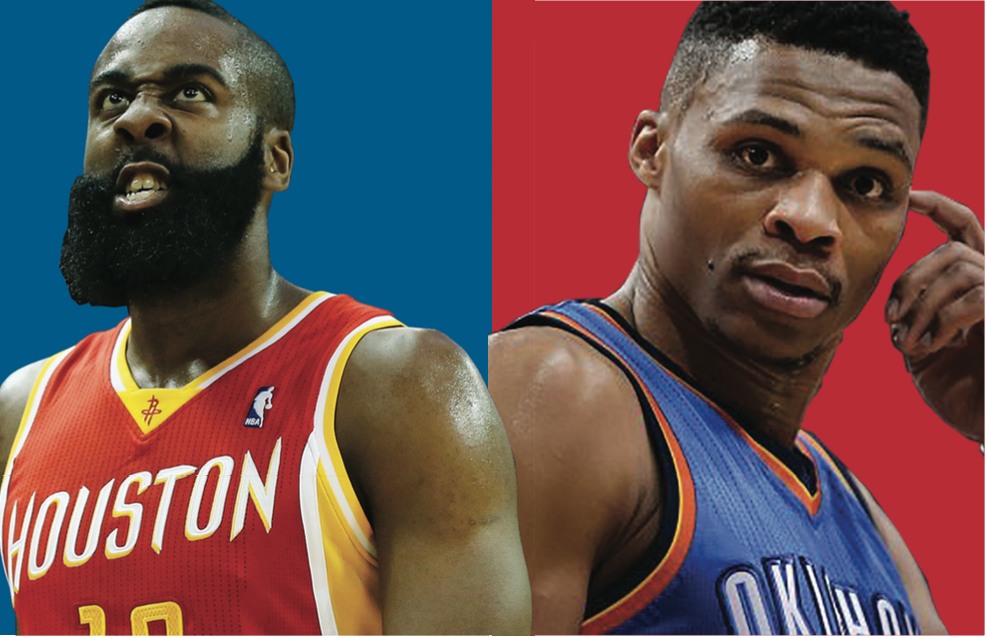 While there are no shortage of storylines for this 3 vs. 6 seed Western Conference Playoff matchup, I have highlighted four matchups that will determine which team goes on to (most- likely) face the Spurs.

This was meant to be. The two most obvious choices for MVP will go head-to-head to prove who is truly the most valuable, despite voting having closed. The Rockets won the regular season series 3-1, including a 137-125 drubbing of the Thunder on March 26. In those showdowns, Westbrook averaged 36.3 points, 9.3 assists and 9.0 rebounds while shooting 44.7 percent from the field. Harden, on the other hand, posted 20.5 points, 12.3 dimes and 7.3 boards per game against the Thunder. Neither team features an All-Star, past or present, outside of Harden and Westbrook. Harden has guided the Rockets to an unprecedented 55-27 record that is good for third-best in the league, while the Thunder finished the season at 47-35. Through the first two games, Westbrook is leading Harden in the scoring battle by 36.5 to 36 points per game. Despite all of other the factors in play, this series will undoubtedly be determined by the two superstars on the floor.

Although the Rockets rank second in the NBA in offensive rating (only behind the Warriors), the Thunder are leading the league in rebounding and scoring in the paint. The differences between the teams could not be greater. The Rockets also give up the most points in the paint per game and score most of their points from behind the three-point line. The rotation of Steven Adams, Enes Kanter, and Taj Gibson will be difficult for Clint Capela to keep in check every game. If he can’t keep up the physicality for the duration of the series, the Thunder will continue to attack the paint again and again. Whoever wins the stylistic matchup will be in a good position to win the series.

The Thunder bench must step up if they are going to have a chance to knock off the Rockets. While the Rockets bench is extremely deep and features Sixth Man of the Year candidates Eric Gordon and Lou Williams, the Thunder rely on Doug McDermott and Jerami Grant for scoring off the bench. Gordon and Williams, as well as Nene, will be the key to success for the Rockets. If they can keep the offense flowing and make shots while Harden is on the bench, the Rockets will be tough to beat.

The pitbull vs. the (most likely) MVP. There is no love lost between these two. Their history is full of skirmishes and physical play that is highlighted by that moment in the 2013 playoffs when Beverly injured Westbrook as Westbrook tried to call timeout. While Beverly is a vigorous and elite defensive player, it will be tough for him to contain the triple-double machine that is Russell Westbrook. Beverly will continue trying get inside Westbrook’s head and frustrate him into beating himself. This matchup will continue to be exciting and is guaranteed to cause friction.

Although the Rockets are currently up 2-0, whichever team is able to dominate these four matchups will come out on top. This series is going to be a instant classic, so make sure to tune in to Game Three in Oklahoma City on April 24.