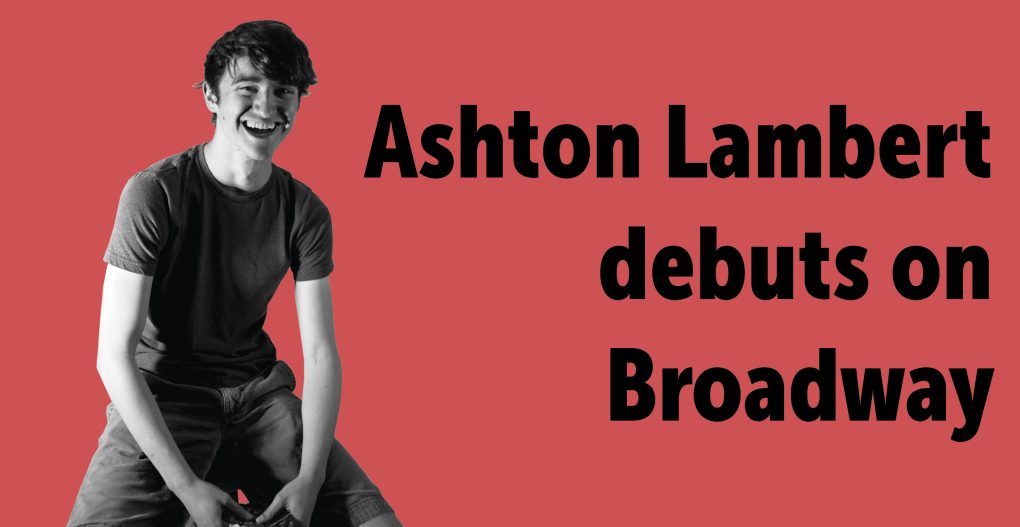 On Kinkaid’s stage, he’s known as Danny Zuko in “Grease,” Mike Costa in “A Chorus Line,” Link Larkin in “Hairspray,” or Jack in “Into the Woods.” But behind the extravagant costumes and character façades, he’s just Ashton Lambert (11), a typical high-schooler with an immense passion for the art of theater.

Lambert acquired his love for theater from his parents. His father, Mr. Scott Lambert, who is currently an Upper School Dean, started his career at Kinkaid as a Director of Drama and will return to the fine arts next year as the Director of Visual and Performing Arts. Ashton’s mother, Mrs. Kate Lambert, teaches English at Kinkaid; one class she teaches is called “Shakespeare in Tandem,” an AP course that covers various Shakespeare plays and their impact on modern works and films.

With two parents who have a passion for theater, Lambert grew up on the stage. His first big break came at three years old. Mr. Lambert, then the Director of Drama, needed a young boy to play the character Astynax in Kinkaid’s Upper School play “The Trojan Women.” The role was very basic–all Lambert had to do was appear onstage and stay quiet. However, Lambert didn’t know that his big appearance was during a scene with two characters yelling at each other, so he became scared and ran off the stage and out into the lobby of the Brown Auditorium.

Mr. Lambert negotiated a deal with the three-year-old: if Lambert returned to the stage, he would receive a bag of his favorite candy (gummy bears).

Since that night, Lambert has fallen in love with the stage. He has performed in a number of productions in a number of theatres around town including Alley Theatre, Wildfish, Theatre Under the Stars, and Hits Theatre. After every performance, he still receives a bag of gummy bears as a reminder of his first performance.

When Lambert was 13, he auditioned for iTheatrics, a performing arts group that adapts musicals into versions appropriate for high schoolers and younger students. Through iTheatrics, Lambert danced in demonstration videos for junior adaptations of musicals.

Even though he stopped performing for iTheatrics two years ago, they still contacted him about an experience of a lifetime through the program: the chance to perform in a Broadway show in New York City.

On March 21, he performed for the 90th birthday celebration for John Kander, a legendary composer who developed the scores for multiple musicals including “Cabaret,” “Spider Woman,” and “Chicago.” Kander’s birthday celebration was an over-the-top event complete with performances from Broadway legends. For the finale, the cast of “Chicago” performed “All That Jazz,” the opening number of the show–but this time, with a twist. iTheatrics wanted to announce the creation of the high school adaptation of “Chicago,” so Lambert and about 80 other iTheatrics members–many who Lambert had befriended through various iTheatrics projects in the past–performed alongside the Broadway cast.

Lambert reminisced on the special night: “Because there were so many of us, we had dinner across the street at this nice restaurant. Right before we were about to perform, they called us up to perform on Broadway. We walked over, and it was freezing outside, and we were in our costumes, which were just t-shirts and black pants. We had to walk across the street in all of the snow, carrying our dance shoes in our hands because we didn’t want to get them wet in the snow. So we looked pretty foolish…It was a bunch of theatre kids skipping down Broadway because we were all so excited about making our Broadway debut. We were a sight to see…Then we performed. It all happened so fast; it was so surreal. I remember after we bowed, one of my friends started bawling crying because it all happened at once,” he said.

Lambert’s Broadway debut further cemented his aspirations beyond the high school stage. He plans to earn his BFA in musical theatre in college and continue to pursue a career out in the performing arts. His dream is to perform on Broadway again.

He said, “Elton John in his musical ‘Billy Elliot’ talks about dancing being like electricity, and I think that that’s what dancing and theater and singing are to me–it’s like electricity. It’s so powerful; it’s so inspiring; it’s so energizing.”