Is the First Amendment Safe? 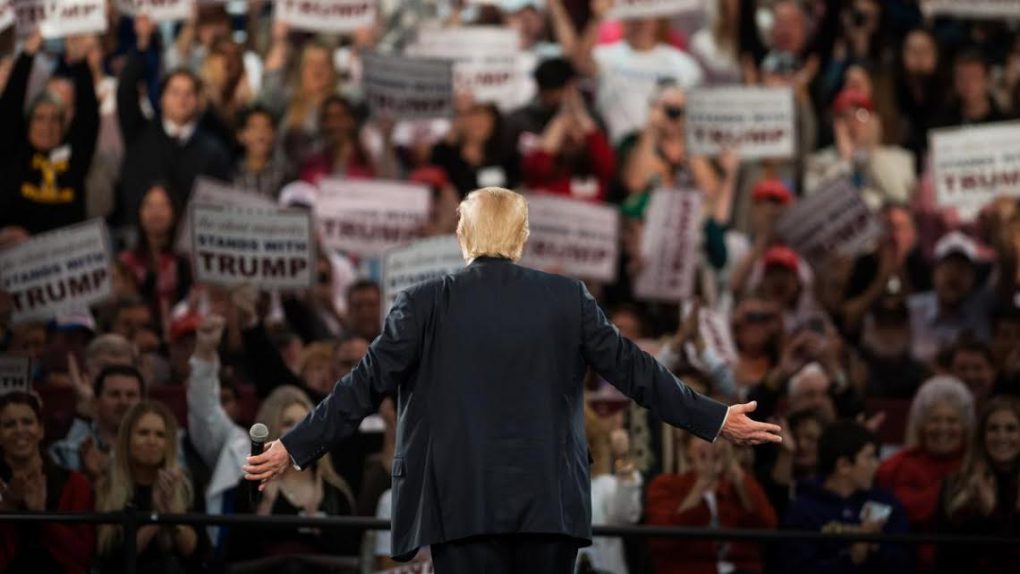 The protection of freedom of speech and the press has long been regarded as a cornerstone of American democracy. In fact, Founding Father Thomas Jefferson said that “Our liberty depends on freedom of the press and that cannot be limited without being lost.”

That being said, anyone who has heard Donald Trump speak throughout his campaign knows that he frequently blasts the press as dishonest and unsatisfactory. President Trump has accused CNN of being a source for “fake news” and threatened to sue The New York Times after it published an article on two women who accused him of inappropriate behavior.

It’s not unusual for politicians to feel unfairly targeted by the press. In fact, it is the role of the press in American democracy to be the “watchdog” for the people to question and investigate politicians, and to share shortcomings and achievements with the public. The tension always exists regardless of the political party of the president.

However, never before has a U.S. President threatened to sue news organizations and individuals for libel (written defamation) and attacked them on social media. President Trump’s behavior towards the press has been unacceptable and gone beyond the normal relationship between the president and the press. It is because of President Trump’s actions and claim that he will “open up our libel laws so when [journalists] write purposely negative and horrible and false articles, we can sue them and win lots of money” that many Americans are concerned about their First Amendment rights.

Just last week on Feb. 24, President Trump banned reporters from news organizations including CNN, The New York Times, Politico, The Los Angeles Times, and BuzzFeed from attending an informal briefing. This surprising move in President Trump’s growing conflict against the media was met with shock and outrage by members of more conservative and more liberal news organizations. However, those who have been following President Trump on Twitter should not be surprised by this move.

On Feb. 17, he tweeted that the media “is the enemy of the American people.” Again, people on both sides of the aisle including former President George W. Bush expressed disapproval. “I consider the media to be indispensable to democracy,” President Bush said. “We need the media to hold people like me to account. I mean, power can be very addictive and it can be corrosive and it’s important for the media to call to account people who abuse their power, whether it be here or elsewhere.”

What is especially disturbing is that President Trump himself takes advantage of his First Amendment rights to speak his mind on social media and in news conferences. However, once he is subject to criticism, no matter how fair or unfair it may be, President Trump no longer believes in the protection of free speech and press.

Although it would be very difficult for President Trump to actually change these laws regarding free speech due to protections through law and Supreme Court precedent in New York Times v. Sullivan (1964), President Trump has undoubtedly sent a troubling message to news organizations through intimidation and threats. While he never filed a lawsuit against the women who came out against him or the Times, an organization with more limited resources might have backed down from President Trump’s threats.

While to some people President Trump’s statement may be seen as unimportant, to the people that rely on sharing their voices through a free press, the effects of restrictions will go far beyond just the news media. In fact, one of the groups that this conflict may have the strongest impact on is student journalists.

Working on student media in school is the first time many new journalists will come face-to-face with censorship and limitations on freedom of the press. While advisors teach students that the public has a right to the truth and it is their responsibility to share that truth, the censorship faced by student journalists still persists. This censorship is constant, can be punishing, and was upheld by the Supreme Court in Hazelwood School District v. Kuhlmeier (1988).

The sad truth is that many school officials are more concerned with portraying their schools in a good light rather than modeling for the principles of good journalism and democracy. This conflict has become inflated recently by the transition to online publishing. Some school officials are often more preoccupied with the school’s image online as it is potentially available to a wider audience. The constant struggle with censorship that many student media outlets face forces advisors to question whether they are preparing students to uncover and inform the public of the truth, or to to learn that officials in power may dictate what is and is not news.

Fortunately at Kinkaid, censorship is something that we don’t often struggle with. In previous years the administration required the right to prior review to make decisions on what could and could not be published in our newspaper; this created a disgruntled atmosphere where trust was missing between students and the administration. This is no longer the case. Our students now have the freedom to publish articles that we believe to be of interest and importance to our readers. We do not take this responsibility lightly, and strive to uphold the Kinkaid four core values (honesty, respect, responsibility, and kindness) in all of our work.

The protection of freedom of speech and press is at the bedrock of our American democracy and should remain protected at all costs. Whether or not you agree with or even believe what is being said, the fact that we have the right to criticize the government and share our thoughts is vital to what it means to be free.