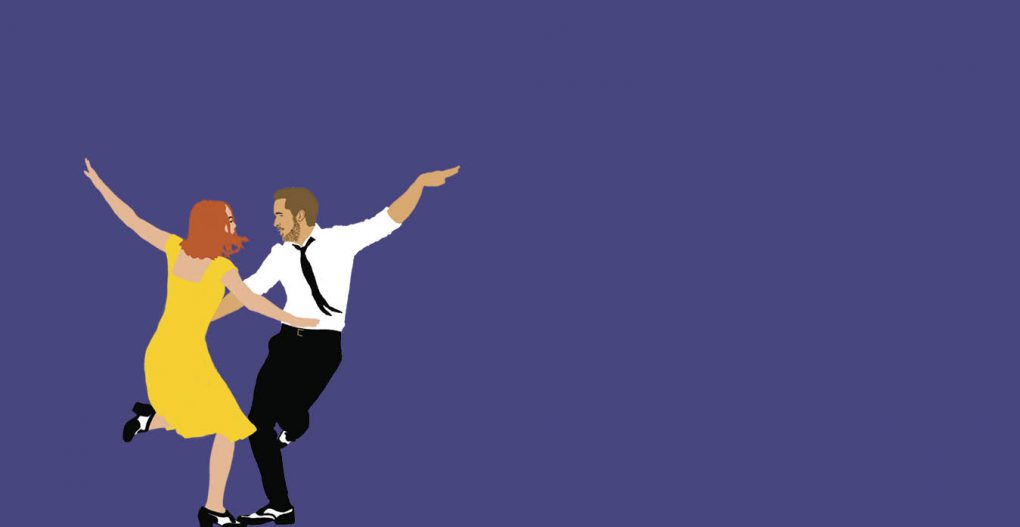 [dropcap]I[/dropcap] eagerly awaited in the itchy red theater seat while one preview followed another. The wait seemed interminable; my patience abated more and more as time went on. Just when I couldn’t wait any longer,  the “Filmed in Cinemascope” banner illuminated the screen, and I was about to enter the fantastical world of “La La Land.”

The first scene showed a conglomerate of cars on a Los Angeles freeway, the typical victims to the city’s notorious traffic. Then, the drivers hopped out of their cars to celebrate the frustration of traffic by breaking out into song and dance. Needless to say, I was instantly hooked; I couldn’t wait to watch the rest of the highly praised movie everyone seemed to be talking about.

But as two hours passed, my enthusiasm kept waning at a steady pace. Nothing really seemed to be happening, and I became bored. I left “La La Land” feeling unsatisfied with the characters and underwhelmed with the entire production; I liked it, but I don’t understand why everyone’s so obsessed with it.

I enjoyed the movie as a feel-good flick to play on a rainy day.  I liked the dream-like feel that the movie aimed for. The scene where the couple danced among the stars especially displayed the dream-like tone and made my heart flutter a tiny bit. I also liked the theme of preserving the dying arts and the nostalgia for a previous artistic era.

Despite all of these messages and themes presented throughout the movie, I left the theater feeling underwhelmed and unsatisfied. I have never felt an urge to watch it again; I only needed to watch it once to get enough of it.

I think a big reason for my underwhelming reaction is that the movie had so much hype around it, so I created this whole image in my head of how I expected to feel when I watched the movie. I expected something that challenged the traditional guidelines of a movie, something unconventional to keep me thinking for days after I’d watched the movie. There was nothing unconventional about it; Chazelle followed the formula to create a box office best seller. The movie is a romantic comedy musical starring Emma Stone and Ryan Gosling: there’s nothing risky about that.

La La Land started off strong with the “Another Day of Sun” flash mob, and it established the chemistry between Mia and Sebastian. The ending was captivating as well (don’t worry, I won’t spoil it!),  but the middle dragged on for way too long. I kept waiting for the plot to move along, but instead I was stuck waiting, hoping something would happen to reinforce or destroy the relationship of the two protagonists.

Another cause for my dissatisfaction is the actors chosen to play the main roles. The movie was poorly casted. Stone and Gosling are very talented actors. The two have the looks of old-time Hollywood actors, but they lack talent for many of the skills, like singing and dancing, that characterizes Old-Hollywood films.

The singing was mediocre at best. Stone’s voice sounded breathy throughout the movie. The only song where she displayed power in her voice was in “Audition.” Gosling’s voice sounded flat and unmemorable. “City of Stars” is a catchy song, but the vocals are not difficult nor revolutionary.

The most disappointing scene was the tap number to “A Lovely Night.” I anticipated this dance the entire movie because it had been featured on the movie trailer, but I was disappointed by how basic the moves were. I did not expect for Gosling and Stone to be dancing prodigies, but I expected something with a little more grandeur than a couple of jazz steps on the top of a random bench on the side of the road.

“La La Land” didn’t meet or surpass my expectations; therefore, I was just not satisfied with the movie as a whole. While I did enjoy some aspects, many other important ideas fell flat and crushed my expectations. I will probably watch it again on a rainy day, but I don’t care to re-watch it anytime soon.