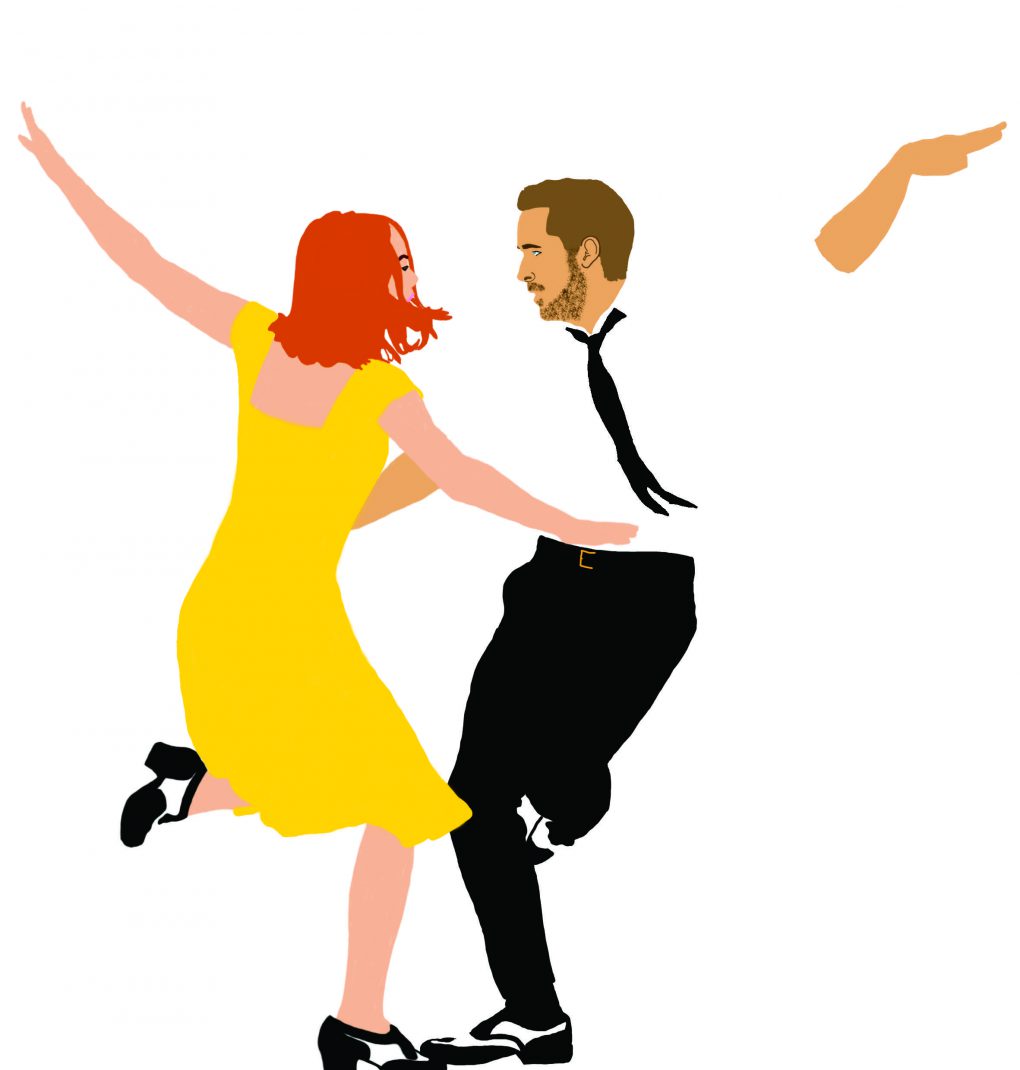 [dropcap]I[/dropcap] hate musicals. It pains me to see a character I have been intently following in a movie suddenly break out into song and dance next to an ensemble of random people. Some people go crazy for that stuff; me, not so much. But then I saw “La La Land.”

After cleaning out the Golden Globes in January and dominating discussion after discussion of the best movies of the year, I decided it might be worth a watch. But I wasn’t prepared for what followed and for how it made me feel inside. “La La Land” is a captivating story of dreams, sacrifice, and love. A rom-com, yes, but also a drama that uses its fresh, inventive story to wipe away all stereotypes of the former genre. Two actors (Emma Stone and Ryan Gosling) with chemistry so palpable and emotions so real you wonder if these were their actual life stories. At its heart though, director and writer Damien Chazelle’s “La La Land” rightfully deserves all the praise it has received because of its fresh themes, depth across genres, and its playful relationship with the typical Hollywood 1950s romance it compares itself to.

The film sets itself in present day Los Angeles, following two eventually connecting stories, that of Stone’s Mia and Gosling’s Sebastian. Each works to achieve their lifelong goals of making it big in Hollywood. Mia wants to become a famous actor, while Sebastian yearns to open his own jazz club. The two cross paths, and their romance begins from there, until they come to a point where they must decide what matters most to them.

“La La Land” is a story about a lot of things—fulfilling your lifelong dreams, finding love, balancing different aspects of your life, working hard, sticking with your passion—and that’s what makes it beautiful. Any work of art should invoke feelings inside of you. The work should in some way allow you to relate to and connect with the same exact emotions of the creator, in this case, the director. While the majority of the viewers of “La La Land” are not starving artists or hopeful actors waiting for their big break, we all feel the same way about our lives and careers. We are all born with dreams of what we want to do when we’re older; we want to find love; we want to do something we enjoy while at the same time making a living. On paper, these ideals may sound commonplace in the world of film: it’s not the first time there’s been a movie about love or aspirations. However, “La La Land” slaps a new take on it and reinforces the point with fantastic performances by Stone and Gosling. “La La Land” brings up the idea of prioritizing aspirations simultaneously. What do you value most? What are you willing to do for one dream, even if it means decreasing the hopes of your others?

“La La Land” shines once more in its ability to reach across to all types of viewers. As I stated earlier, I am not a fan of musicals. Add in the romantic-comedy element, and it seems to be a movie I would avoid at all costs. I thought it might be some chick-flick with the appeal of Ryan Gosling. I was wrong. Despite the film’s seemingly unoriginal and basic premise, it quickly distinguishes itself from other rom-coms and allows itself to be appreciated by fans of all genres.

The final success of “La La Land” is the way in which it references typical Hollywood romance movies of the 1950s and 60s. Through the editing, cinematography, setting, and music, the film evokes the same idealism of those past movies. Contrary to the predictable, always-happy, stereotypical Hollywood films of that era however, “La La Land” paints a different picture: one with morally ambiguous, life-like decisions that have no right or wrong choice and a different plot structure than the past.

The film has garnered a lot of press and for good reason. It won six Oscars and continues to do well at the box office. If you haven’t seen it, put it at the top of your weekend priorities. You won’t regret it.