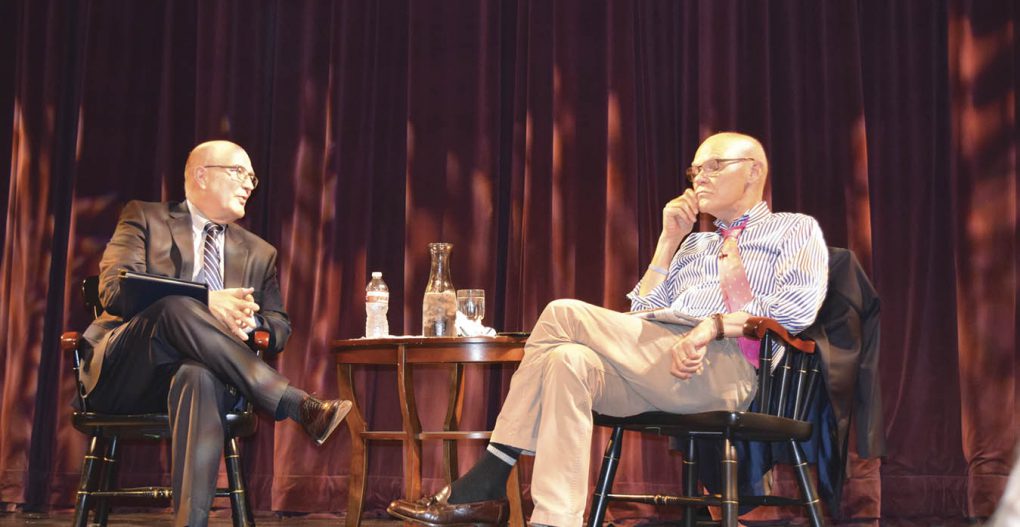 The first speaker in the 2017 Wells Fellow series, Mr. James Carville, spoke in a special assembly on Monday, Feb. 27. Mr. Carville, fittingly known as the “Rajin’ Cajun,” is an American political commentator and media figure best known for his leading role in Bill Clinton’s successful 1992 presidential campaign against George H. W. Bush. In addition to working on numerous political campaigns, Mr. Carville has also been a regular fixture on shows like CNN’s Crossfire and The Situation Room; he is currently a professor of political science at Tulane University in New Orleans, where he lives with his wife, Mary Matalin, who has famously worked for many Republican campaigns.

The assembly began with a casual conversation moderated by the Chair of the Upper School History Department, Dr. Ed Harris, before transitioning to an open-floor Q&A with the students.

Dr. Harris opened the assembly with a question on how might the community bridge the rancor and political discord that flared up in the recent election cycle and persists in the new presidency.

He went on to say that the proliferation of readily accessible news and coverage has deepened/highlighted those perceived divisions. The important thing, he emphasized several times, was to be cautious of seeking out knowledge that only reaffirms one’s point of view. “Do you want knowledge to learn something, or to have something validated?” he asked.

Mr. Carville went on to say that the “most important piece of advice ever given in American history” is the Golden Rule: “Treat others how you want to be treated.” He ended his talk with advice to the students on how to be successful: “It doesn’t matter what I or anyone else thinks. It only matters that you think.”

Mr. Carville stayed at Kinkaid for the remainder of the day, with multiple classes joining him in the Amphitheater for more relaxed, intimate discussions.