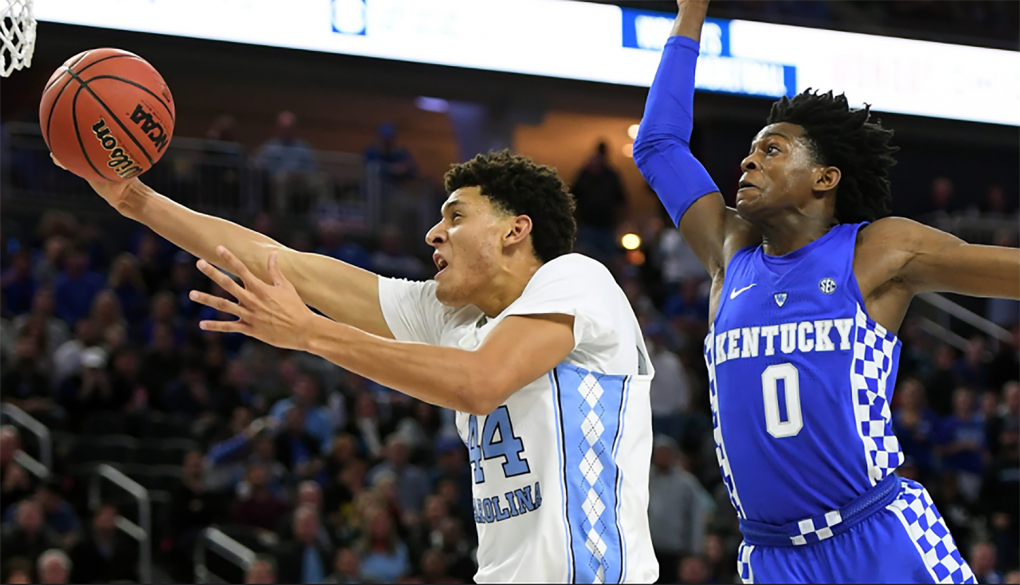 [dropcap][/dropcap]When the clock hit zero on April 4, 2016 in NRG stadium and Kris Jenkins’ 3-point buzzer beater fell through the rim, the Villanova Wildcats defeated North Carolina in one of the best basketball games ever. On the losing side was HCYA (Houston Christian Youth Academy) alumni Justin Jackson. Jackson, a skinny power forward, nailed three 3 pointers in the losing effort. Thirty-three years to the day prior to the Villanova-UNC battle, another classic national championship was decided at the buzzer with a Houston high school alumnus coming up short.

The 1983 National Championship game is perhaps the only game in the company of the 2016 finale. The 1983 National Championship game featured a North Carolina State team who barely qualified for the tournament, facing the famous “Phi Slamma Jamma” University of Houston team who ranked #1 in the country, came into the game with a 26 game winning streak, and reached the Final Four the year before (and after). This Houston team featured Clyde Drexler (of Sterling High School) and Hakeem Olajuwon, both of whom would win a NBA championship with the Rockets and be enshrined in the Hall of Fame. The Cougars were also led by Michael Young (of Yates High School) and Larry Micheaux (of Worthing High School).

This Houston team featured elite former Houston high school basketball stars who banded together and made history. They

The Cougars were heavy favorites—with Olajuwon and the three Houstonians—but saw their dreams dashed as Dereck Whittenburg lobbed a “pass” to Lorenzo Charles whose dunk at the buzzer won the game and championship for the Wolfpack. The Phi Slamma Jamma team was notorious for their flashy style of play, and they put Houston on the map for college basketball.

Houston has produced many a star college basketball player through the years, and this year is no different. Houston’s tradition stretches back to 1966, when David Lattin (of Worthing High School) was an integral part of Western Texas’ (now UTEP) national championship upset over Kentucky. That 1966 team was historic for being the first team to start an all African-American starting lineup in a NCAA championship. The tradition has continued for the last 50 years, and this March should be no different.

The powerhouse basketball programs of years past boast Houstonians who should leave their fingerprints all over this year’s NCAA tournament. Jackson is the leading scorer for the Tar Heels who are currently ranked fifth in the country currently. Cypress Lakes’ De’Aaron Fox joins Jackson as a contributor at another national contender. Fox, the starting point guard for Kentucky, the ninth ranked team in the country, leads the SEC in assists and has anchored the fifth highest scoring offense in the country. Fox and Jackson should both play major roles in deciding who will be cutting down the nets in April.

Fox and Jackson will look to follow in the steps of Justise Winslow who led Duke to the 2015 National Championship. Winslow, a St. John’s alum and son of Rickie Winslow (who played on the 1984 Houston team who reached the Championship before losing to Georgetown), averaged 14 points and 9 rebounds, while knocking down 57 percent of his three point shots.

While Fox and Jackson are both slotted as first round picks in the upcoming NBA draft, the next generation of Houstonians will look to follow in their large footsteps. Jarred Vanderbilt of Victory Prep, a Kentucky signee, and Kinkaid’s own Jaedon Ledee (11), a four star recruit, will carry the torch from Jackson and Fox. “Competing for a championship will be important to me,” said Ledee. “It is the third most important factor [in choosing a school] (behind playing time and player development), I definetly want to win in college.”

As the tournament approaches and brackets are filled out, many will have North Carolina or Kentucky winning, which is tradition. A Houstonian playing a large part in March Madness will also continue, and should for years to come.