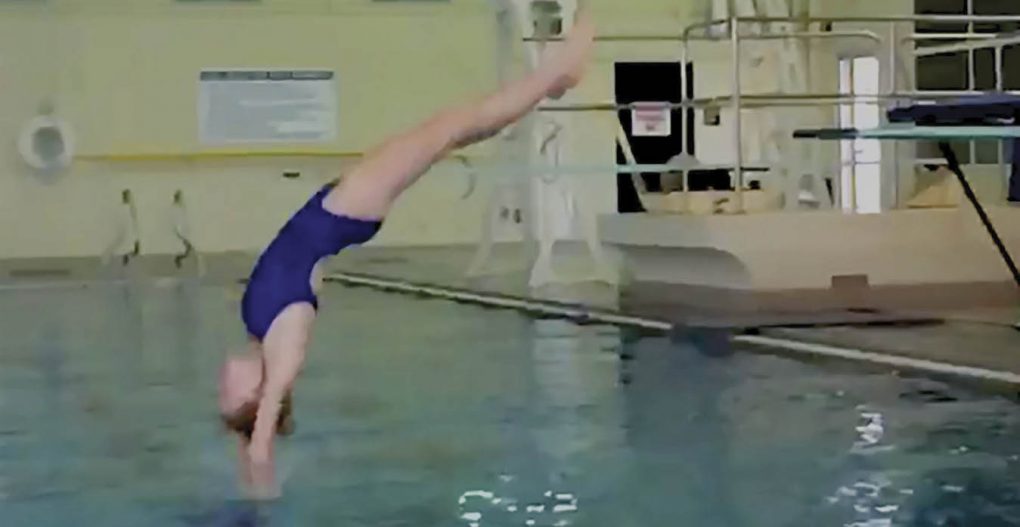 [dropcap]F[/dropcap]reshmen Kate Riley and Eliana Estes will be the first students to form the Kinkaid diving team since 2013, when the program ended, because there were no more participants. The swimming and diving season began Nov. 7, and will end with the SPC championship on Feb. 11.
Riley and Estes dive around 10 hours a week, outside of school. The girls practice at the Spring Branch Natatorium. Estes and Riley train Monday through Thursday, and on Saturdays, and practices range from an hour and a half to two hours.
“We usually start off with simple jumps, like front jumps and back jumps off the board, and then we will work our way to harder dives. There is also a lot of dry land, like push ups and stretching; it’s basically conditioning,” Estes said, describing diving practices.
The girls do not have to attend school practices because they dive so often outside of school.
“Basically we are an outside credit, but we compete for the school,” Estes explained.
At diving competitions, no team can win, but a single person can win. Based on the difficulty of the dive and the performance, divers are scored after each dive from one through ten. There are two major kinds of dives, dives off of a three-meter high board, and a one-meter high board. If the dive a diver is supposed to perform is incomplete, it will receive a zero.
The divers receive a number of dives they need to perform, and then at diving practice they plan and train for their dives. The diving meets are generally on completely separate days from swim meets, while they are at the same location.
The last diver in 2013, Presley Wilson (class of ‘14), was the only diver on the team, and placed 7th at SPC, with a score of 228.6 on her dives.
Beginning on Friday, Dec. 2, and concluding on Saturday. Dec. 3, the Tomball BigCat Invite took place in the Tomball ISD natatorium.