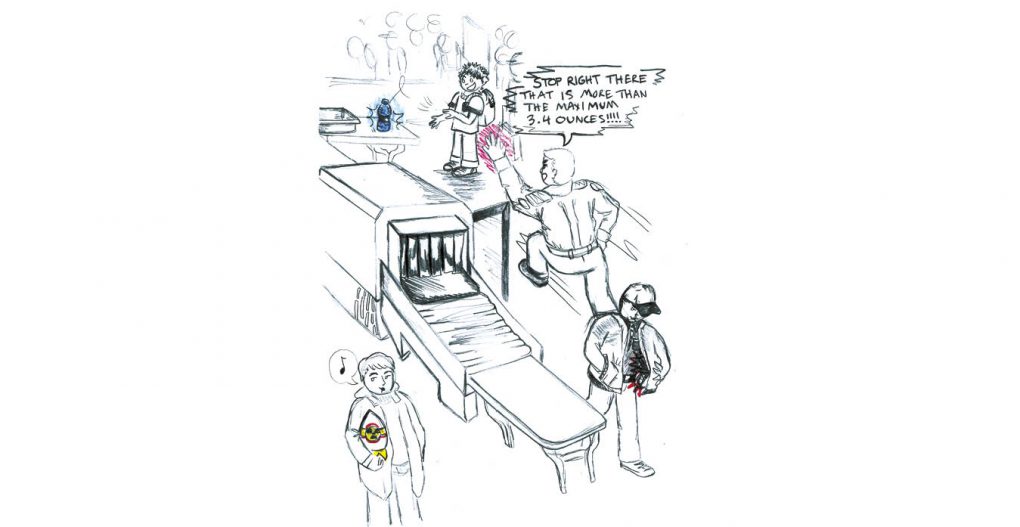 [dropcap]A[/dropcap] woman impatiently taps her heel. A guy with a Trenta-sized iced coffee twiddles his thumbs. A baby wails in the background: Welcome to airport security. This holiday season, millions of Americans are traveling all around the world, but not before going through the torturous lines of the Transportation Security Administration (TSA). But the TSA is not just annoying: It eats up billions of dollars while doing nothing to protect us and instead spends time unnecessarily racially profiling people.

Bruce Schneier, internationally renowned security expert at the Berkman Center for Internet and Society at Harvard University, invented a term called “security theater,” that perfectly describes the TSA. The TSA only creates the illusion of safety, as he explains on the show “Adam Ruins Everything” on truTV.

“As far as screening goes, what he had before September 11 is actually quite adequate––taking your shoes off and putting your liquids in a separate bag doesn’t actually make you safer; it just makes you feel safer.” Mr. Schneier said, “The illusion of safety isn’t worth it; you have to give up essential freedoms and privacies to get it. And secondly, it’s dangerous to present the illusion of security when the system is actually quite vulnerable to terrorist attacks.”

In June 2015, ABC News reported that Department of Homeland Security officials tested the TSA by trying to smuggle weapons through security. Out of the 70 tests, 67 failed. The TSA is not expected to be perfect, but a 96 percent failure rate is abysmal.

The TSA released a plan in response to these tests with goals like “to ensure leadership accountability” and “improve alarm resolution.” But none of it would make us safer because the very nature of the TSA is flawed. Good security is always changing, and the procedures of the TSA are mostly fixed. Once a terrorist figures out how the TSA works, they can devise a way to get past it. Indeed, the TSA has never stopped an attack; that was the work of reinforced cockpit doors, the thousands of added air marshals, intelligence agencies, and even mere passengers. (1)

This information may frustrate people such as Zubair Mukhi (12), who travels frequently. “I personally feel a little less safe here than I did before hand,” Mukhi said–and he should be. In 2013, the TSA made a significant endeavor to follow anti-discrimination laws.

Mukhi does still appreciates the amount of work that the TSA has to do. “Frankly, I respect the TSA… because they have to go out there and screen literally [millions] of people,” he said, “but there needs to be a better solution.”

And there is one. Instead of spending $7.6 billion of taxpayer money on a system that doesn’t stop terrorists, racially profiles people, and wastes passenger’s and employee’s time, spend it on things that work.