The Fault in our GPA Scale 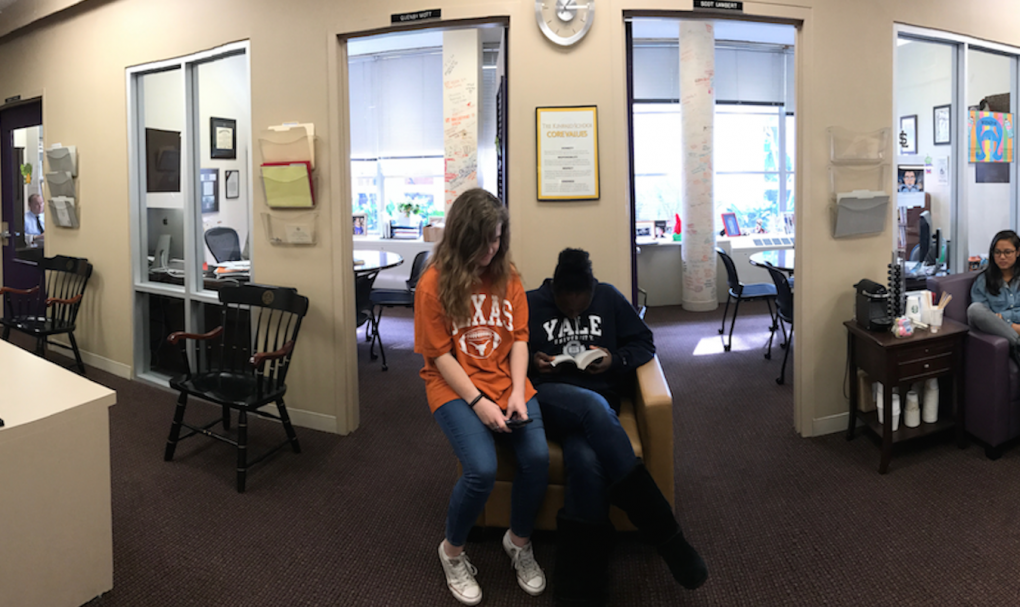 [dropcap]A[/dropcap]s Ms. Quenby Mott sat at her desk at the University of Pennsylvania, a transcript for a student from The Kinkaid School rolled across her desk. She had worked at UPenn for 15 years, and covered Texas for 6-7 of those years. She had seen Kinkaid’s 11.0 GPA scale before, but it still took her time to understand the abnormalities, time she could have spent focusing on the other more important aspects of the transcript.

The GPA scale is one of the most confusing parts of Kinkaid. Why our school has a 11.0 point scale rather than the standard 4.0 point scale is not clear. A GPA scale that favors students is critical for the college application process, but our current system is loaded with flaws and confuses many college admissions officers.

The scale significantly favors students who have a passion and aptitude for math or science, rather than English or history. As a freshman, there is an Honors Geometry class and an Honors Biology class, but there is no honors class for history or English. In fact, AP English is not offered until senior year. The English Department elects to not offer any Honors/AP Classes until senior year so stronger English students can work with students with different skill sets. This is all very magnanimous, except that students who excel in math and science end their freshman year with two 0.6 bumps added on to two of their classes, while the stronger English and history students have not been offered the same benefit.

The current GPA scale also favors students in the Performing Arts. Members of Dance Company and Theatre Company receive a grade for both the class during the school day, and the after-school activity. Therefore, they have an extra class factored into their GPA, while athletes and debaters receive no form of grade for hours of extracurricular commitment. According to Ms. Mott, now the the Lead Upper School Dean, the logic behind this decision is that students in Dance Company and Theatre Company have academic work. However, are these two after-school classes truly comparable to a regular Kinkaid course and its associated homework?

Not only is our scale skewed toward certain students, but from a college standpoint, Ms. Mott described the scale as “crazy and confusing.” She also noted, “I spent more time with studying the transcript and trying to figure out what that cumulative GPA meant than I did other transcripts.” The most common GPA scales are the 4.0 scale and the 100.0 scale. While Kinkaid is not the only school that uses this scale, we are definitely in the minority.

While our GPA scale has its flaws, it does offer two advantages to our students. First and foremost, rather than both semesters being shown on the transcript, we only have end-of-year grades. For example, a student might get a B+ first semester and an A- second semester, and colleges will never know about the B+ as the two round up to an A-.

So, why is our GPA scale the way it is? Well, it has been that way for a long time and has never been reexamined. Ms. Mott didn’t propose any considerably large changes to our scale now, but she did suggest “teachers should give grades based on the scale. The transcript can be confusing because it has a number grade, a letter grade, and the GPA.” Ms. Mott essentially recommended that if a student has a B+ in a class, they should not be given a B+ on their report card, but instead a 9.0. This would not only further Kinkaid students’ understanding, but college admission officers’ as well.

Perhaps if the administration reevaluates the effectiveness of the 11.0 GPA scale, they could also review some of the inequities regarding the components of the GPA. While I think Ms. Mott’s proposal is something that could definitely limit the confusion among the students and possibly colleges, I propose that honors classes should also be given more weight in the scale. In my experience, honors classes and AP classes are not that different in difficulty. Giving honors classes a higher weight in our scale not only makes sense, but will also encourage more students to take these classes.

Additionally, I believe there should be an honors class for every core class starting freshman year. I don’t think Dance and Theatre Company should receive an extra grade for their after-school commitment unless athletes and debaters are offered the same opportunity. While I think it is unrealistic to completely change our scale, these subtle changes could make a significant difference for the benefit of all the students.