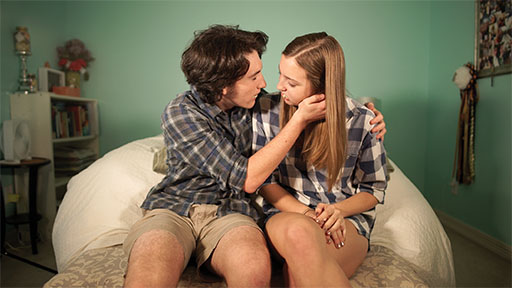 [dropcap]A[/dropcap]s the director shoots the camera with his back hunched to get the perfect focus, on the other side of the camera are the actors playing their role as an ill patient in the hospital. Cole Vicknair (10) did everything he could to get the perfect location to film his current fall project called “Anger.”

“A mom at Kinkaid agreed to let me film at a 24-hour hospital, and she agreed to let her daughter be the sick sister in his film,’’ Vicknair said. The dedication that Vicknair took in creating his film is just one demonstration of how committed filmmakers are to their art.

Filmmaking has undergone a new renaissance due to the availability of smartphone apps on the marketplace, which allow any amateur to experiment with becoming a videographer. Alongside these apps, websites like YouTube and Vimeo allow creators to showcase their work. The advances in technology have helped film as a medium to thrive.

Kinkaid offers Narrative Filmmaking, Filmmaking I, Advanced Filmmaking, taught by Mr. Ryan Gillentine, or “Mr. G” as some students refer to him. In his classes, students put in hundreds of hours to create their films—even a short 5-minute film requires hours of preparation and work.

William Gage (12) described the film writing process: “The three phases of writing a film are pre-production, production, and post-production.”

Gage said, “In pre-production, everybody’s writing scripts, table read[ing] with the rest of class to try to figure out your dialog, having someone else read your script, or you’re scheduling…The production phase mostly takes place out of class. We get the gear and go out and do the actual filming. Lastly, in the post-production everybody’s [just] in the classroom editing.”

Gage is one of many Kinkaid students who have joined Filmmaking. The film program at Kinkaid started in 2000 and currently has 24 students enrolled, with six more students joining in the spring semester.

“Film is really important to young people because it is the number one type of consumed media that students at Kinkaid have,” Mr. Gillentine said.

The students are in the last stages of finishing their fall project that will be screening at various different events, including the Coffee House in February, ISAS festival, and Field Day in April.