Fall in love with Alice in Wonderland 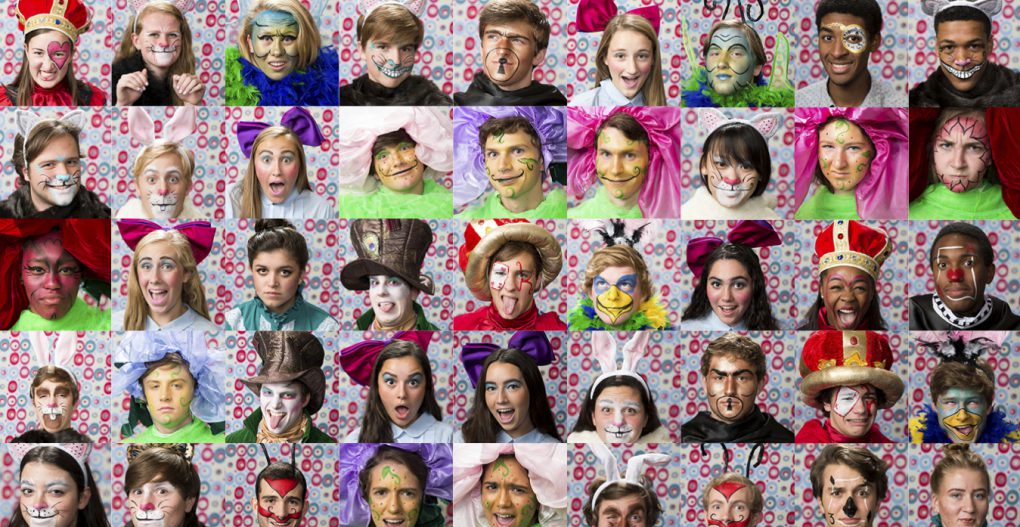 Children’s Theatre is busy rehearsing for Alice in Wonderland Jr., out this November. pic.twitter.com/Kdzv896yxy

— Kinkaid School Arts (@KinkaidArts) September 12, 2016
On Nov. 11, 12, and 13, the Children’s Theatre program invites the community to dive into the magical world of “Alice in Wonderland.” The Black Box Theatre will be transformed into a mythical land where rabbits talk, cats tell riddles, and flowers sing. The juniors and seniors in Children’s Theatre have spent the first semester in and out of class preparing the fall show, and the cast will be put to the test, as they perform in front of their first audience on Nov. 11.

While countless hours of hard work and preparation are put into the performance, most students in Children’s Theatre opt to take the class because it is less intense than other acting classes. It provides students who don’t have a forte for acting with a chance to explore a field they are unfamiliar with. Additionally, the shows they put together are intended for young children, making it a playful and relaxed performing environment for the actors and the audience. Children’s Theatre shows are intended to make everyone feel like a kidchild again, and the performances are full of lighthearted songs, silly humor, and direct interactions with the audience.

The director, Mr. Justin Doran, explained the hardest part of putting the show together is “having the full cast together for a full rehearsal.” With students having completely different schedules, finding rehearsal times that work for everyone can be the biggest challenge.

There are two classes of Children’s Theatre (Period F and G), and therefore two different casts. Seniors Marie Atmar and Lexie Heim lead the show as Alice in the play.

“My biggest struggle with my character this year is probably having to memorize so many lines,” Heim said. “My worst fear is going on stage and just pulling a blank on my lines.”

Heim and Phin Sprague (12), the White Rabbit in the show, both agree that the Tweedles, played by Jake Hammer, Corbin Priest, William Ison, and Drake Greenwood (12), are the most entertaining parts of the show because of their funny personalities and playful attitudes.

The show has something for all ages. Due to new special effects (expect some characters to fly), increased audience interaction, and more surprises, the cast promise that this show will be like no other show Children’s Theatre has put on before.